The Lake Titicaca water frog (Telmatobius culeus) is no ordinary amphibian. Weighing up to 1 kilogram (2.2 pounds) and stretching nearly half a meter (20 inches) in length, its astonishing size can make a lasting impression even on the most seasoned scientist. Renowned ocean explorer Jacques Cousteau was certainly impressed with both the frog’s bulk and its numbers when he first glimpsed the creature in the early 1970s. Having just piloted a submersible through the depths of Lake Titicaca—the species’ only known home—Cousteau reportedly described the lake as brimming with “thousands of millions” of giant frogs. Since then, however, the banks of this freshwater gem, which sits high in the Andes between Peru and Bolivia, have become the home to some 1.3 million people.

As human populations grow, threats to frogs typically follow, and Lake Titicaca is no exception. In 2016, nearly 10,000 water frogs mysteriously died in the Coata River, one of the lake’s tributaries. The massive die-off was an alarming spike in an already troubling trend. Lake Titicaca water frog populations have declined by 80 percent over the past several years. Pinpointing the primary cause of this decline has been challenging simply because the frogs face so many threats. Many blame toxic metals released by illegal mining operations, as well as uncontrolled sewage outflow resulting from insufficient urban infrastructure. Predation by trout introduced to the lake and the drawdown of rivers and other tributaries for use in agriculture have also been linked to the decline. However, one of the most urgent threats to the frogs is human consumption. Titicaca frog legs are popular menu items at restaurants that cater to tourists around the lake. And, for the equivalent of a few dollars, locals can purchase a “frog shake,” which is thought to cure a variety of ailments, from asthma to infertility to ulcers. These harvesting pressures have put the amphibian’s future in even greater peril.

In response to the myriad threats Lake Titicaca water frogs face, the International Union for Conservation of Nature (IUCN) now lists the species as critically endangered. Fortunately, a number of organizations are working quickly to both change perceptions about the frog harvest and to better understand the biology of the species. Additionally, a consortium of institutions, including Peru’s Huachipa Zoo and the Denver Zoo, is developing captive breeding programs in order to establish a safeguard population of the species. Photographer Pete Oxford capitalized on this research by capturing an image that puts viewers face-to-face with the imperiled frog—a poignant reminder that while the carpet of frogs that Cousteau once saw is unravelling, the Lake Titicaca water frog is still fighting for survival. 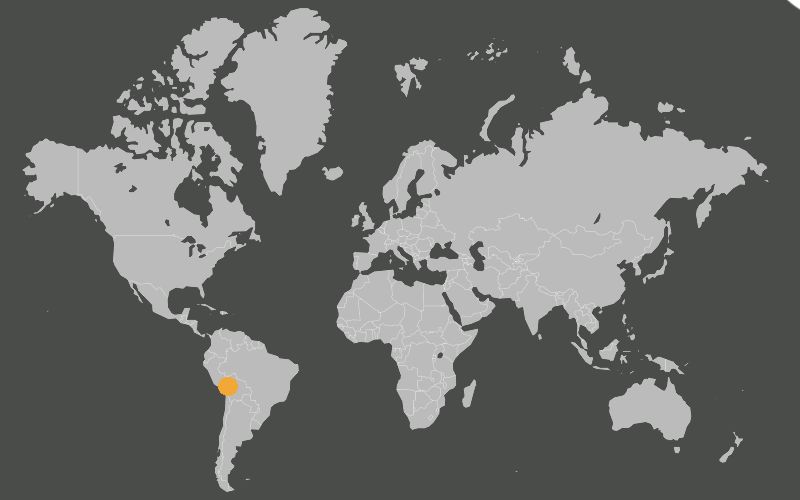 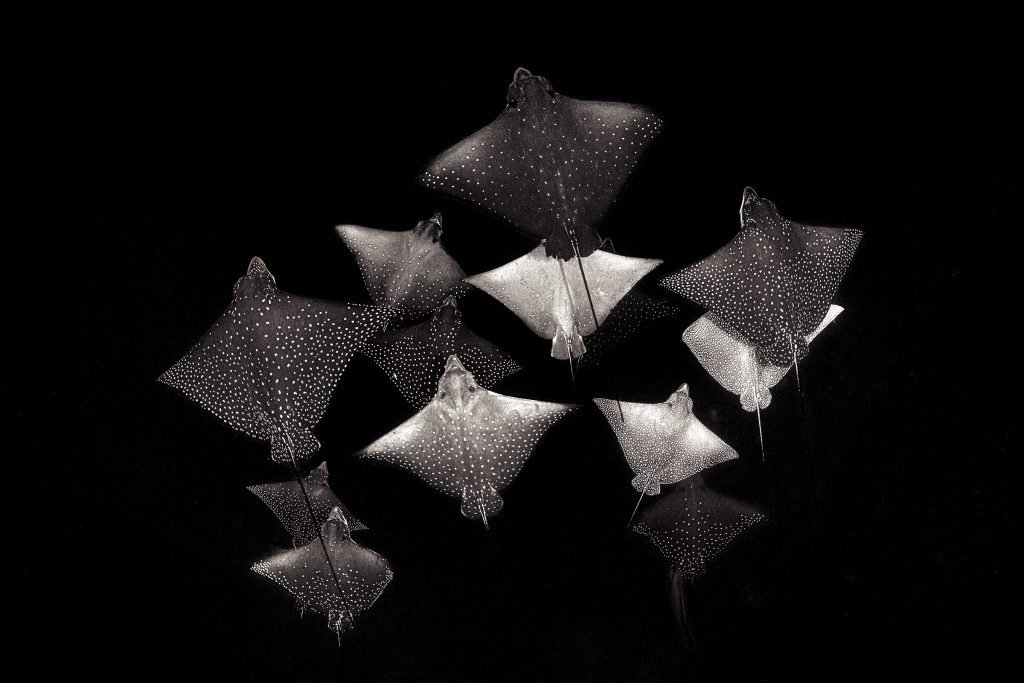 Seeing Spots 11.12.2021 Spotlight - Spotted eagle rays’ distinctive markings are turning out to be important identifiers, and may become essential for their protection.

Ghana’s Sacred Monkeys 04.19.2022 Article - Myth and mystery have long protected two species of monkey and the West African forests they depend on, but for how much longer?
Amphibian Andes Bolivia Conservation Disease Frog Peru Places Titicaca Toxin Wild Life