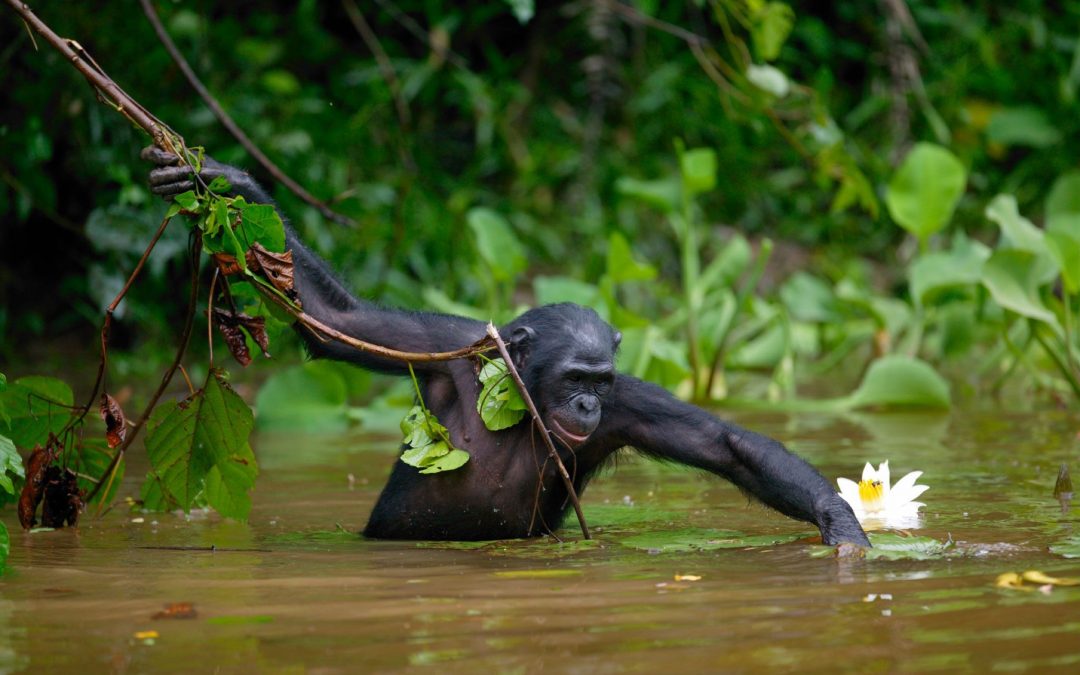 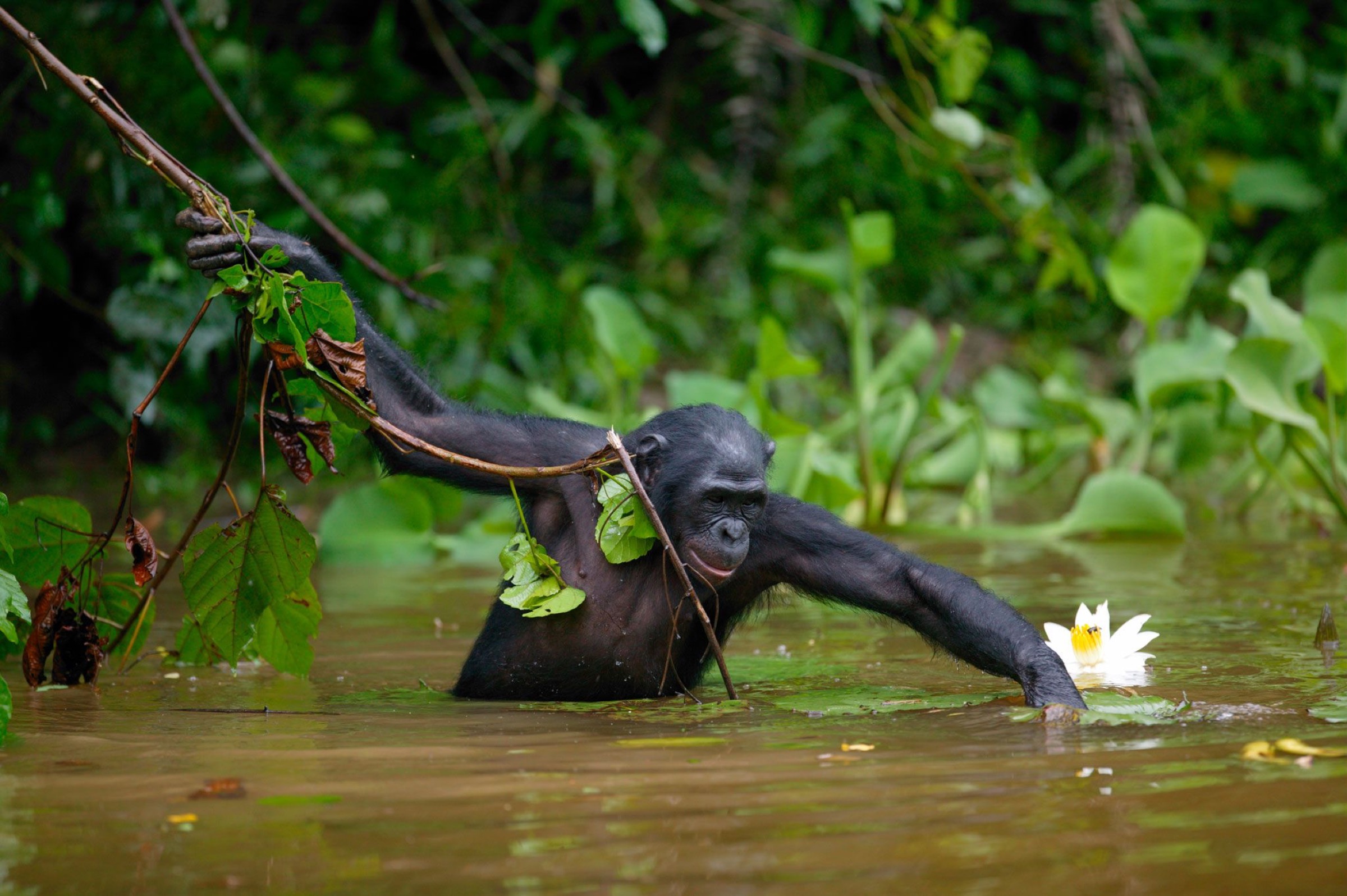 About a million years ago, chimpanzees (Pan troglodytes) and bonobos (Pan paniscus) diverged from one another and began following separate evolutionary paths—tracks that have been shaped, in part, by the course of the Congo River. While chimps are widespread across western and central Africa, bonobos are found only in the Democratic Republic of the Congo. The Congo River separates the two species—chimps to the north, bonobos to the south—and the divide is maintained by the apes’ reluctance (or inability) to swim across this, the world’s deepest river. Chimps tend to avoid the river altogether. And while bonobos regularly wade into the water to forage for insects and peat—a strategy that photographer Cyril Ruoso captured in this shot—they never venture beyond waist-deep.

Exactly how the river created the split and led to the apes’ speciation in the first place has been the subject of years of scientific debate. One widely shared explanation was that the Congo River divided a population of ancestral apes when it first formed—an event long thought to have occurred 1–2 million years ago. But researchers at the Primate Research Institute at Kyoto University recently proposed a very different hypothesis. Their analyses of sediments suggest that the river formed much earlier—possibly as far back as 34 million years ago, long before bonobo ancestors inhabited their current range. How, then, did apes come to inhabit both sides of this seemingly insurmountable barrier? The team’s sediment studies also revealed that the river’s flow dropped significantly at precisely the time when chimpanzees and bonobos are thought to have diverged. According to this hypothesis, the river level’s brief drop was just enough to enable a bold band of ancestral apes to take a fateful plunge and make their way to the opposite bank.

Ever since that journey across the river, bonobos and chimpanzees have evolved distinct physical and behavioral traits. Besides their smaller size and more graceful build, bonobos are more peaceful and egalitarian than chimps, nurturing amiable bonds in a matriarchal society. These social behaviors have earned bonobos the moniker of the “make love not war” ape—quite the opposite of their bellicose relatives to the north.

Today, the International Union for Conservation of Nature lists both species as endangered, largely due to habitat loss and poaching for the commercial bushmeat trade. The Lola ya Bonobo sanctuary, where Ruoso took this photo, rehabilitates orphaned bonobos and, if possible, releases them back into the wild. The sanctuary’s staff also educates thousands of Congolese children each year in hopes of inspiring future decision-makers to protect these great apes and their shrinking habitat at the Congo River’s edge. 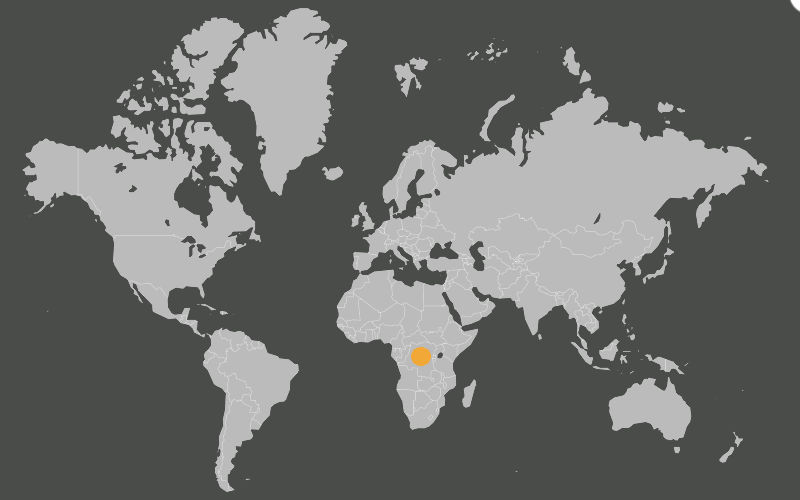 Democratic Republic of the Congo

Lens on Life 12.04.2020 Photo Gallery - While 2020 has thrown an endless string of challenges at many of us, nature hasn't gone anywhere. It's just as impressive and inspiring—and in many cases, just as imperiled as ever.

The Lungs of the Planet 02.28.2017 Immersive - The Amazon rainforest faces myriad threats. But this iconic ecosystem—one of Earth's most important natural resources—may be more resilient than scientists ever expected.