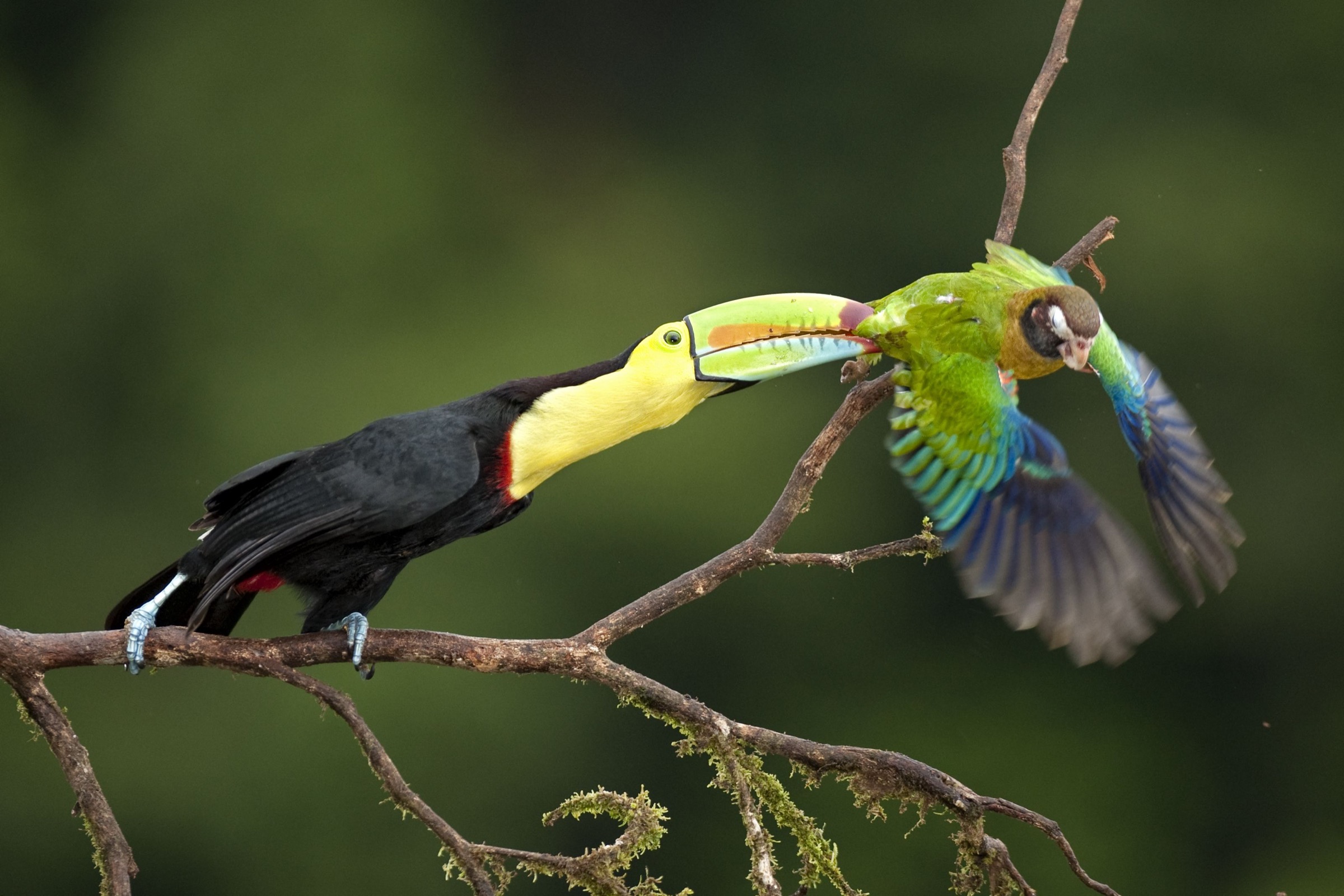 As rich as the rainforest may be, it’s also filled with competition—for food, for mates, for space. And every organism in the forest is seeking an edge. Adaptations, the traits that help creatures survive and reproduce in their environment, can take innumerable forms. Many are hidden from view or too subtle to notice. The toucan’s bill is no such trait.

Considered beautiful to some, comical to others, and, to one particularly grumpy 18th-century French naturalist, “grossly monstrous,” the toucan’s bill is impossible to overlook. That conspicuousness has caused many to ponder what functions the bird’s beak might serve, and how on earth it can fly with such a seemingly massive hood ornament.

Of the more than 40 species of toucan in the family Ramphastidae, all possess oversized beaks. The family has the largest beak-to-body ratio of any bird group, and some have bills that stretch more than one-third their body length. Despite their appearance, toucan bills are actually quite lightweight. Scientists have peered inside these colorful marvels and discovered that the thin keratin sheath on the outside encloses a matrix of bony fibers, and a lot of empty space. It’s a combination that optimizes both strength and weight.

These mighty beaks come in handy in the forest canopy, where toucans forage for fruit in small groups, often competing with birds of other species. As this image of a keel-billed toucan (Ramphastos sulfuratus) and a brown-hooded parrot (Pionopsitta haematotis) captured by wildlife photographer Bence Máté shows, bill size—and reach—matter during such endeavors. The toucan’s formidable beak not only allows the bird to joust for prime picking locations, but also to pluck fruit from smaller branches near the top of the tree that couldn’t possibly support its weight.

While some of the competitive advantages of a large, long beak might seem obvious even to the casual observer, scientists only recently revealed a hidden function inside the toucan’s bill. In 2009, using infrared cameras, researchers at Ontario’s Brock University discovered that toucans can control the flow of blood through the vast network of vessels inside their beaks. By varying the amount of blood coursing through these uninsulated body parts—a higher rate of blood flow when they’re hot, lower when they’re cool—toucans are able to regulate their internal body temperatures. Although the scientists think it’s unlikely that thermoregulation drove the evolution of toucan bill size, the birds’ large beaks have clearly given them an effective way to dump excess heat—and maybe a slight edge in the hot, humid tropics where they live. 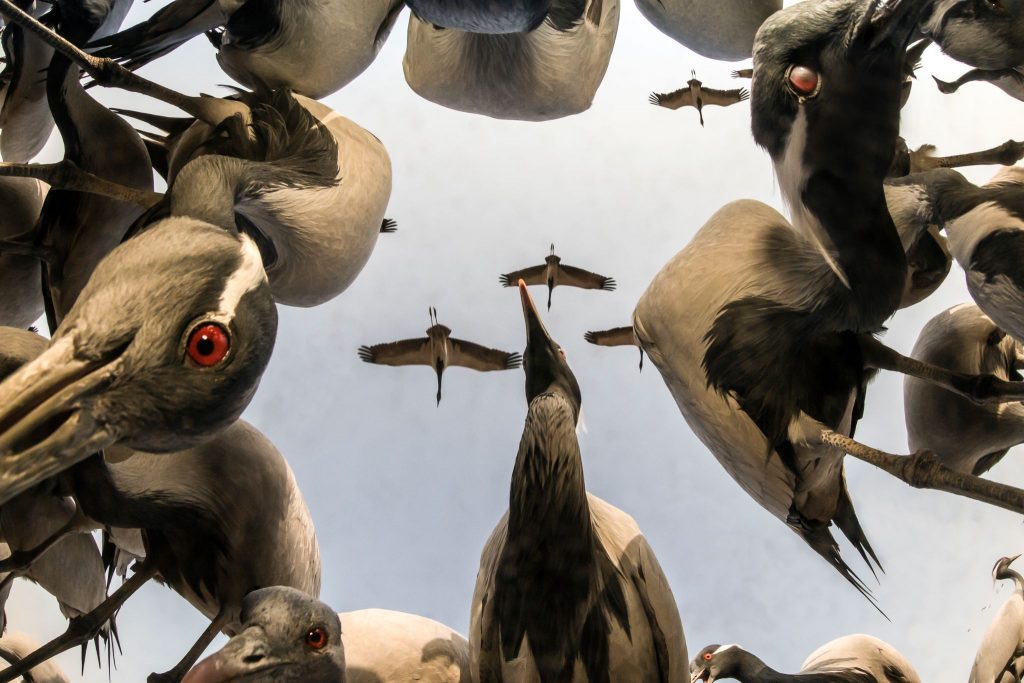 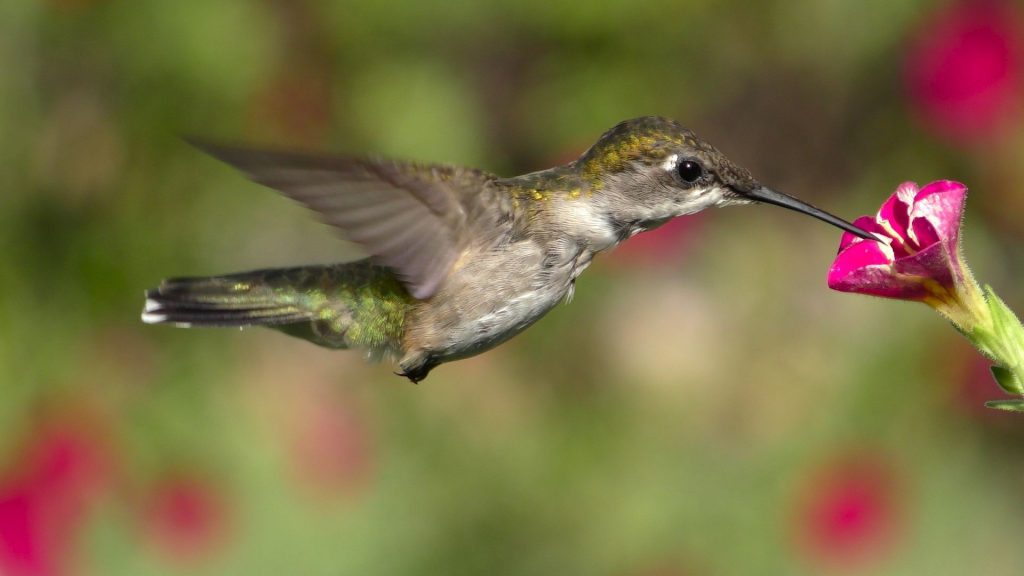 Lens of Time: How Hummingbirds Hover 10.18.2016 Video - Armed with the latest technology, scientists are beginning to unlock the secrets of one of nature’s most acrobatic flyers. 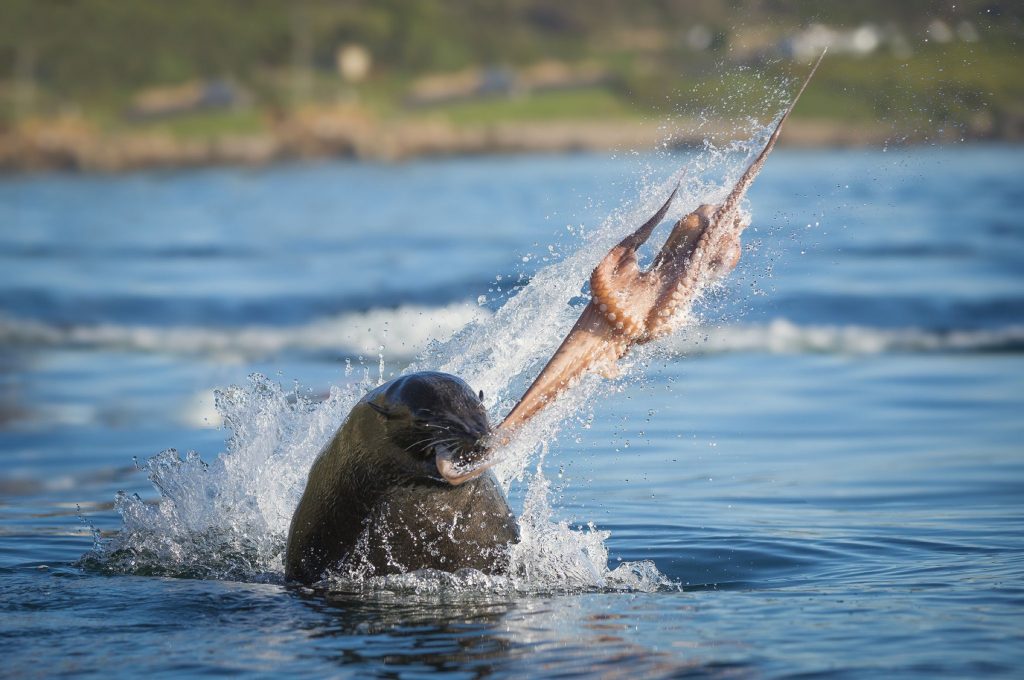 Catch of the Day 06.07.2017 Spotlight - Octopus is on the menu for this Cape fur seal—and the powerful predator has developed a surprisingly effective method for preparing its meal.
Adaptation Beak Costa Rica Discoveries Evolution Thermoregulation Toucan Wild Life

The Better to Bite You With