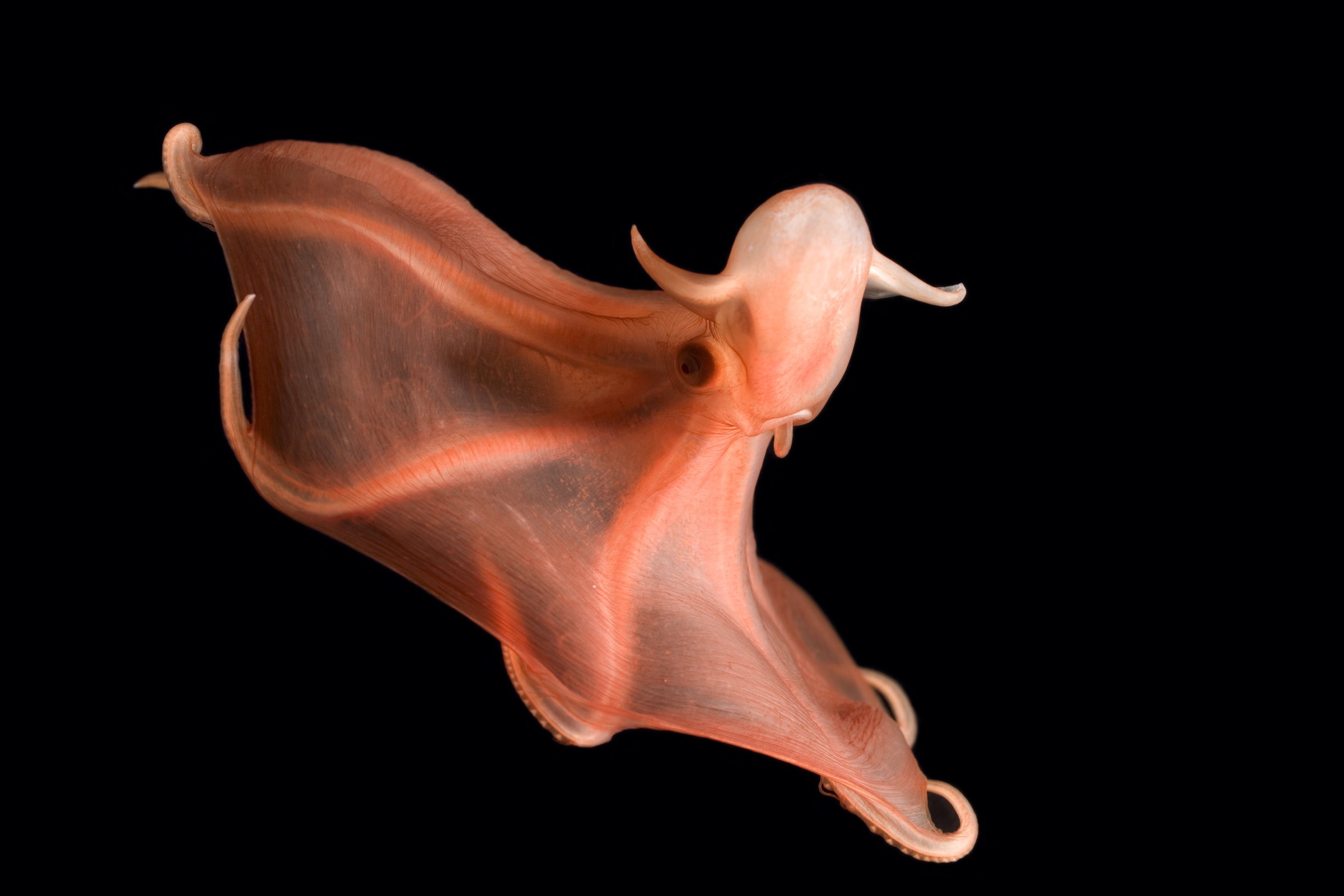 Nearly 825 meters (2,700 feet) beneath the surface of the sea, broad daylight disappears into an inky ocean void. “Marine snow”—a mix of feces, disintegrated fish, and decaying plants—drifts unseen through the darkness on its way to a benthic graveyard. Against this seemingly empty and frigidly cold backdrop, an octopus floats passively, unfazed by a world utterly hostile to humans. The occasional flap of its ear-like fins is all that’s required for the silent hunter to hold its position.

When more than drowsy drifting is required, however, the deep-sea dweller has another trick up its arms. The aptly-named glowing sucker octopus (Stauroteuthis syrtensis) is one of the only octopuses known to bioluminesce. Along each arm, chemical reactions trigger an array of blue-green lights that twinkle, pulse, and glow. Some scientists have hypothesized that the octopus might use its sparkling displays to communicate with potential partners, but a few clues suggest an alternative explanation.

The glowing sucker octopus feeds primarily on copepods, miniature crustaceans with extremely light-sensitive eyes. Unlike the suckers on its shallow-water relatives, which create strong suction to help the animals move along the ocean floor and snag unsuspecting prey, those on S. syrtensis aren’t actually adhesive. Instead, two stringy appendages, called cirri, flank each modified sucker, and a web of gossamer skin links the arms. Researchers suspect that as copepods are drawn in by the dazzling display and caught in a mucous web, the cirri fan the prey toward the octopus’s mouth like a sticky conveyor belt. Fiery orange skin—although vibrant under the illumination of a camera flash—is invisible in the deep ocean, where long wavelengths of red light can’t penetrate. This sunset-hued tissue provides even better camouflage than transparent skin, since it conceals any glowing critters that might end up in the octopus’s stomach, protecting it from attack by a larger predator.

Observing a deep-sea creature’s natural behavior is a bit like trying to catch lightning in a bottle. As soon as the bright lights of a remotely operated vehicle surprise a denizen of the deep that would otherwise never see daylight, the animal can become stressed and try to flee. As a result, scientists usually don’t get the chance to observe the undisturbed behavior of most deep-sea organisms in the wild (and, if they do, bioluminescence isn’t visible under their blinding strobes). A 1997 study conducted by scientists using an ROV recorded panicked glowing sucker octopuses inflating their webs into taut balloons and pulsing their arms like jellyfish as they tried to avoid the foreign machine.

Photographer David Shale was only able to snap a shot of this octopus after bringing it aboard a research vessel cruising in the Gulf of Maine. Under dim red lights and supported by the controlled flow of a tank designed for fragile midwater species, the octopus relaxed. After a bit, it slowly flipped over and inside out to reveal a constellation of lights—attempting, even in its temporary quarters, to attract a fresh meal. 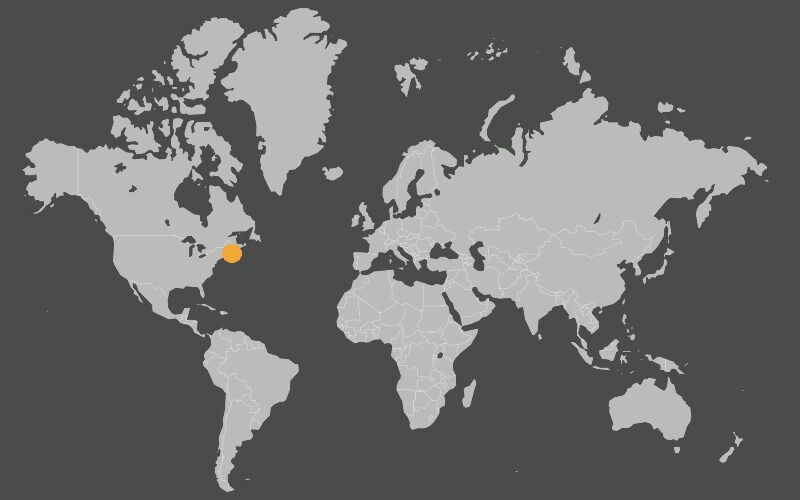 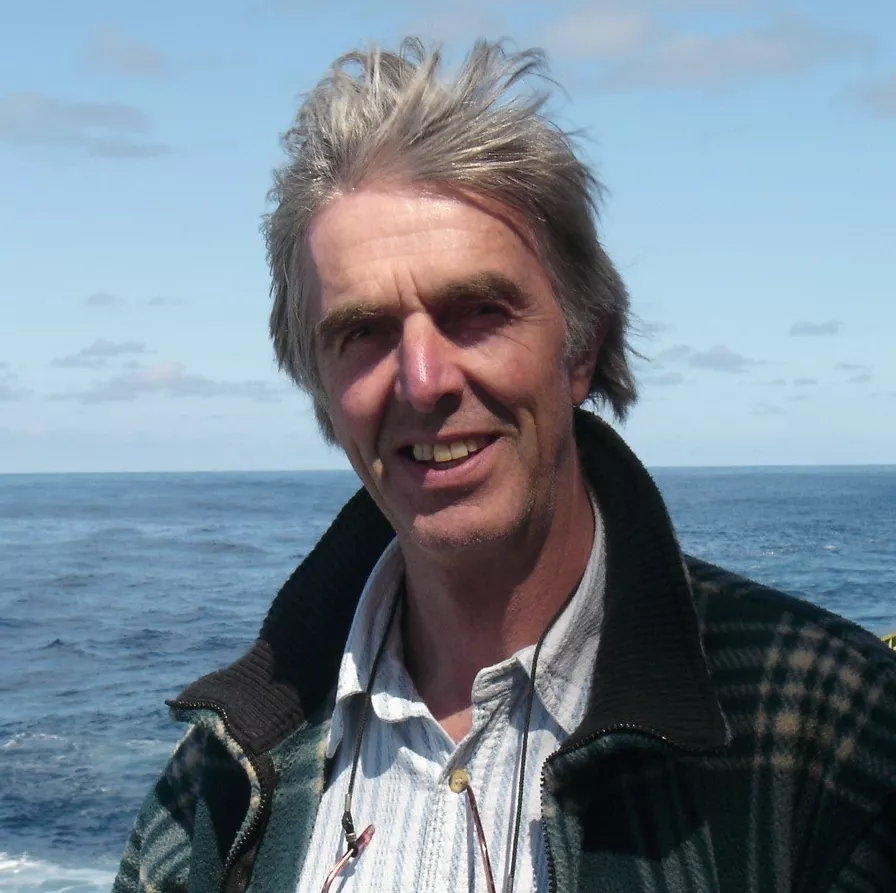 With a background in zoology and oceanography, David Shale began a career as a photographer and filmmaker in 1979. He has won numerous awards since, including a BAFTA for the BBC documentary series “The Blue Planet” in 2002. Throughout his career, Shale specialized in collecting and photographing animals of the deep sea. He is now retired and living in the United Kingdom.