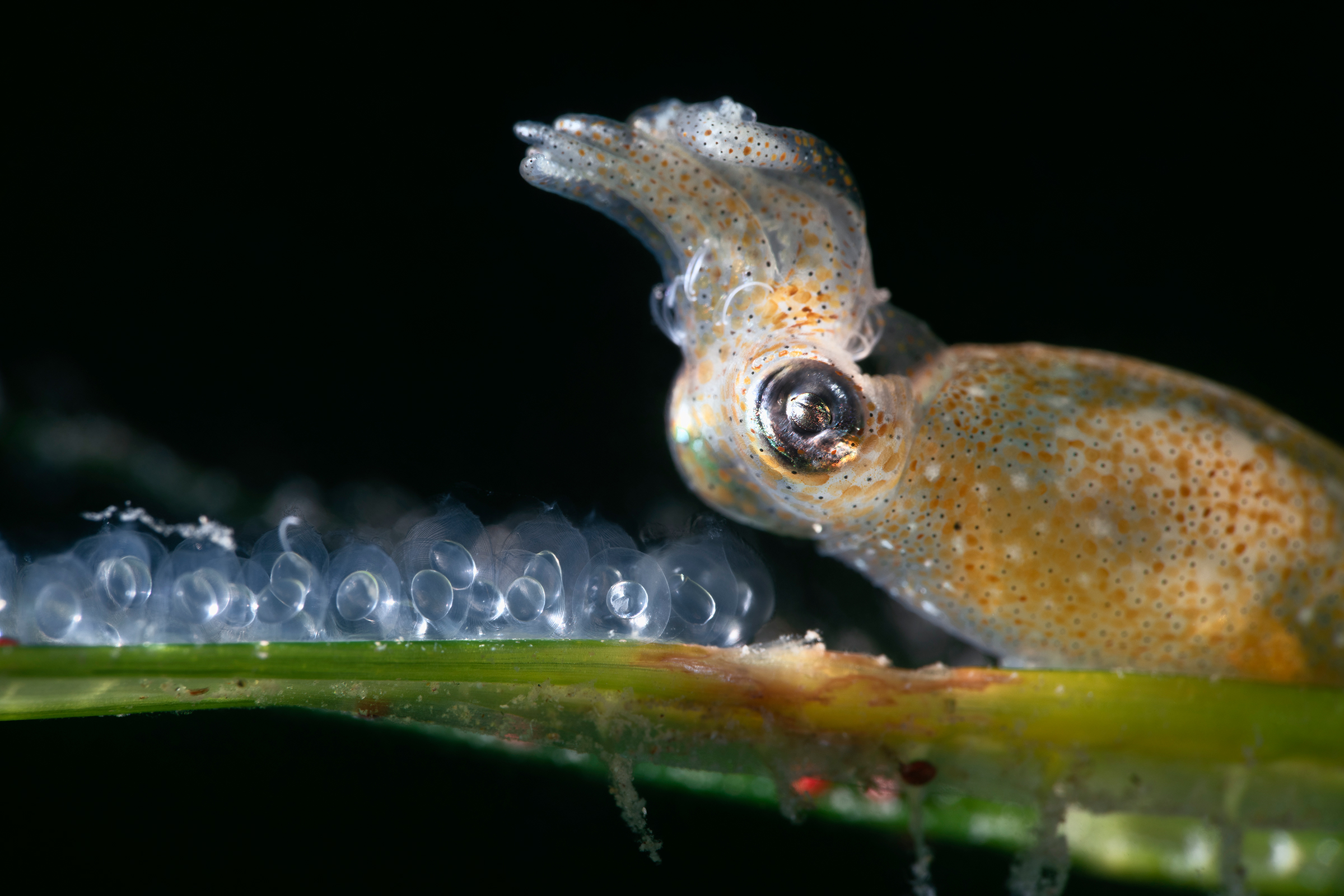 The northern pygmy squid (Idiosepius paradoxus) may be tiny—at just 4 to 18 millimeters, it would fit on the tip of your finger—but its unusual and delicate egg-laying ritual made a big impression on underwater photographer Tony Wu.

As this female pygmy squid began readying her nest site in the shallow waters off Japan’s southern coast, Wu zoomed in to capture the event. First, she dusted off a blade of eelgrass with her arms. Then, with graceful precision, she laid the jelly-coated eggs onto the newly clean surface, one by one. But laying the eggs is not the female’s only job—she must fertilize them too. Northern pygmy squids do not copulate, exactly; instead, according to a 2014 study, a male latches packets of fishhook-shaped sperm, called spermatophores, onto a female’s body, and the sperm gradually migrate to a receptacle near her mouth. Wu watched as this mother pygmy squid bit a small opening in each egg and injected it with a tiny bit of sperm from her stash. As she prepared to lay another egg, Wu clicked the shutter.

“Watching the female prepare the seagrass and deposit each egg with such tenderness and care (love?) was an emotional experience,” Wu says. “These squids are far more complex and nuanced than I had assumed.”

The northern pygmy squid—one of the smallest cephalopods on Earth—is native to the western Pacific Ocean, off the coast of Japan, northern Australia, and South Korea. It also can be found in the Pacific Ocean near Indonesia. 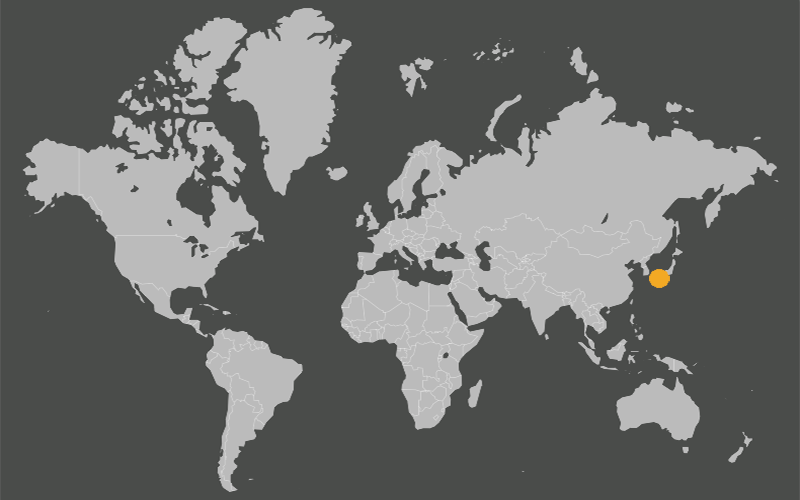 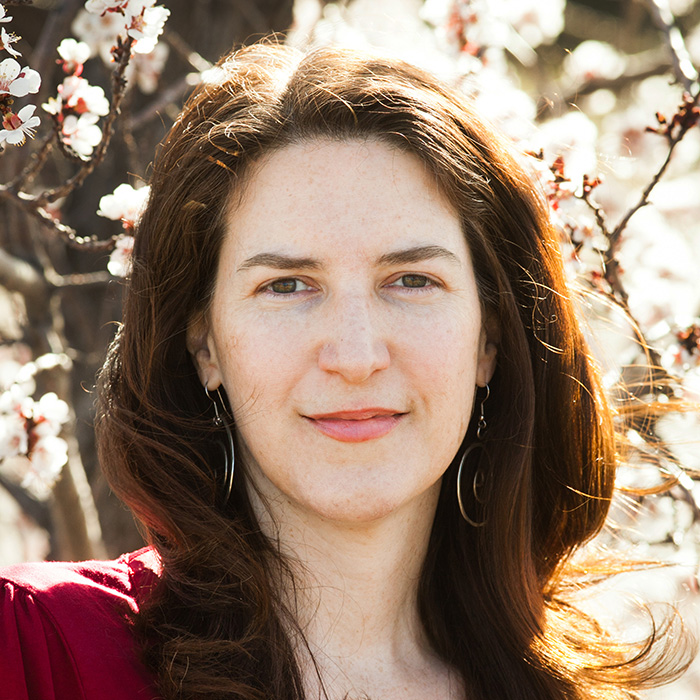 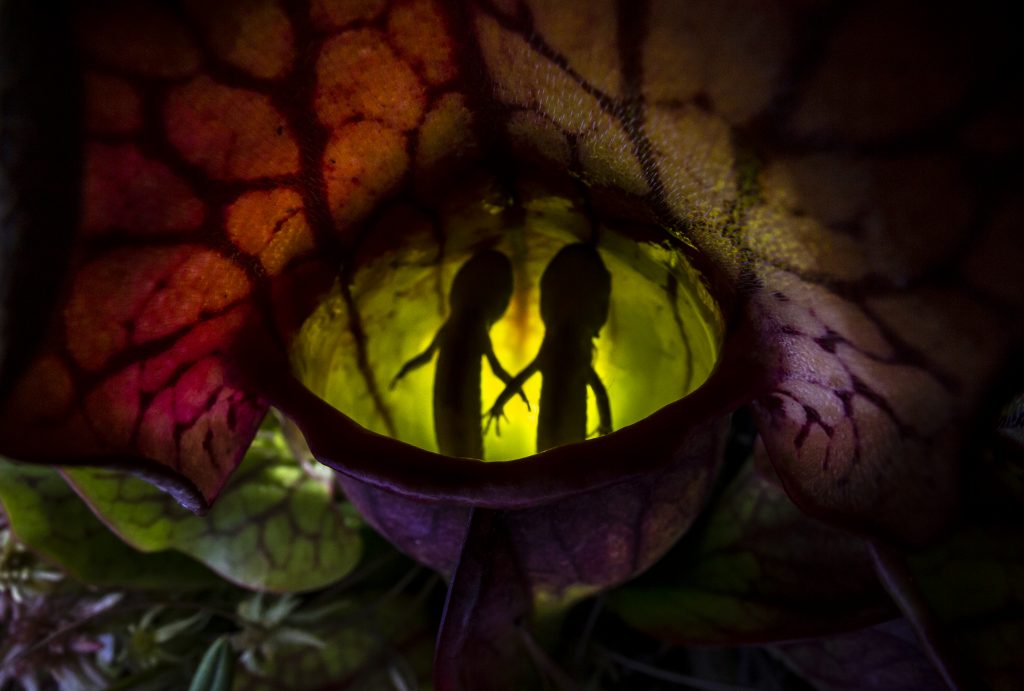