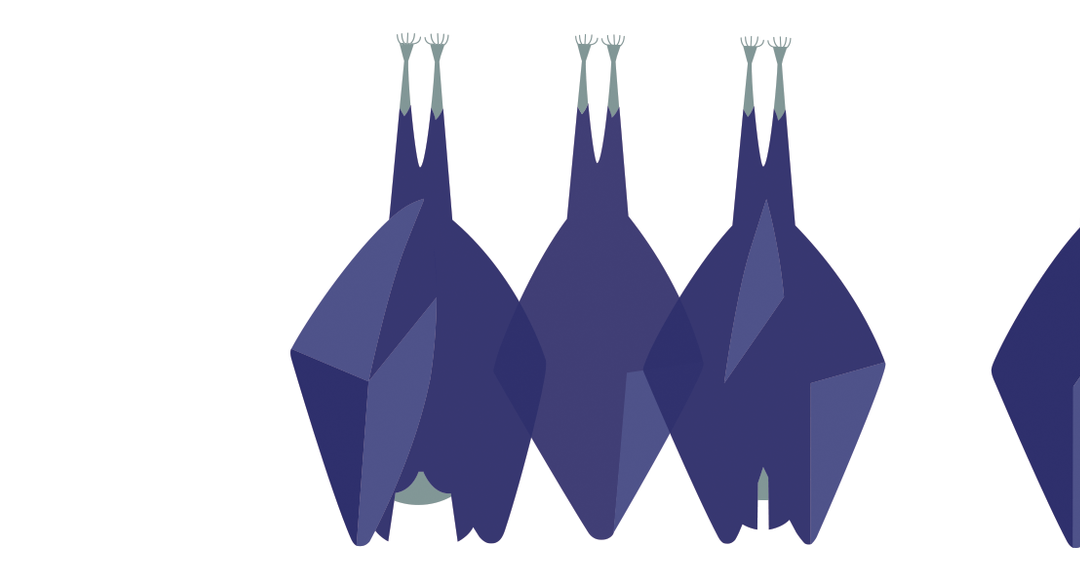 Elizabeth Hadly weighs in on why bats need our help—now more than ever—and why we need bats.

As a biologist who has spent years studying bats and the diseases they carry, I am well aware that many people fear these maligned creatures. The recent resurgence of popularized vampire tales hasn’t helped in this regard. And the Ebola crisis of 2015 further intensified the public’s fears, since most evidence points to bats as the reservoir of that disease.

But bats get a bum rap. Not only are they more intelligent and socially complex than most people think, but they also perform critical ecosystem services worth billions of dollars each year that benefit human societies. These services include pollination and seed dispersal, but the most important by far is bats’ steady consumption of massive quantities of insects that transmit human diseases, including malaria, dengue, chikungunya, and the rapidly-spreading Zika virus.

Now, bats are facing a deadly disease of their own—a fatal fungus called white-nose syndrome that threatens to do to these animals what the deadly chytrid fungus has done to frogs around the world. Although White Nose Syndrome has killed more than 7 million bats since 2006 in the United States alone, most people have never heard of it, and that’s a bad sign—one that needs to change if we hope to save these critically important animals.

Mosquitos, not bats, are by far the deadliest animals in the world. This notorious distinction is connected to the infectious diseases mosquitoes carry—diseases that infect three hundred to five hundred million people each year, and kill more than a million. The number of infections and deaths caused by Ebola pales in comparison. As of December 2014, on average one person had died of Ebola for every seventy-eight thousand who succumbed to malaria. Yet, news coverage has led many people to believe that Ebola is the greater threat.

Mosquito-borne infectious diseases are now moving out of the tropics and into North America, due to both an increase in intercontinental travel and climate change. These diseases have recently expanded in the numbers of people they infect, particularly outside their endemic region.

Although we’ve historically had the good fortune of being able to ignore many of these diseases in the United States, we will soon see them on our front porches. The insects and the diseases they carry are on the move. And at this stage, we have few drugs that can prevent or cure these diseases.

That’s where bats help to keep us safe. They are one of the few vertebrate animals—along with mosquito-fish, frogs, and some birds—that eat mosquitoes, and their insatiable appetites for the little pests help keep the disease vectors in check. Although most bats are small, they can live a very long time—up to twenty years in the wild. The combination of their small size, long lifespan and, very slow reproductive rate, mean that bats are voracious eaters. Of the nearly 50 species of bats in the United States, three-quarters of them eat mosquitoes, consuming up to their body weight in mosquito-sized insects per night. Single bat colonies can be made up of millions of bats, which collectively, eat literally tons of mosquitos per night. Bat by bat this adds up: The colony of bats that lives in Texas’s Braken Cave alone is estimated to consume a staggering two hundred tons of insects…per night!

But just when we need them the most, bats are suffering their own pandemic, one that that makes human mortality due to malaria look downright minor. The kill rate for white-nose syndrome (WNS) is 90 to 100 per cent. This deadly disease kills bats indirectly by causing them to wake too easily from their short-term hibernation-type stage, known as torpor, forcing them to expend valuable energy when they should be resting.

The net effect has been to send our native bat populations into a major death spiral. Entire colonies have been wiped out in the eastern U.S., and we have been unable to do anything but watch it spread, state by state, in less than a decade. As of March 31 of this year, WNS has arrived on the west coast of the U.S., jumping 1,300 miles across the country and killing bats in Washington State. Now, little stands in the way of its deathly spread all the way to the arctic north.

Human exploration of caves has likely contributed to the spread of this pathogen between caves. There is strong evidence to suggest that the fungus was originally transported from Europe to the United States by cavers. And people are the probable vector for WNS in Washington State as well, as bats are unlikely to have traveled between Midwestern roosts and the far western U.S.

Cavers can—and should—take measures to minimize this risk, the most effective and universally available of which is to submerge their gear in boiling water for at least 20 minutes between uses. Even more important, they should respect any cave closures that have been put in place by government agencies. But even when spelunkers fastidiously decontaminate their gear and avoid high-risk sites, WNS is on the move—because bats move.

The virulence of WNS in North American bats is in contrast to the situation in Europe, where the WNS fungus is native to Europe. Bats there seem to have adapted to live alongside the fungus without major fatalities. Why this is so is not yet known, but scientists hope to discover the reason, so that this understanding can be applied before many more North American bat colonies are lost—and along with them, the critical role they play in controlling human disease.

Single bat colonies can be made up of millions of bats, each of which consumes its body weight in mosquito-sized insects every night.

Granted, rallying to the rescue of bats is not on many people’s minds—but it should be. More funding is desperately needed to allow scientists to study both the impact of WNS and potential treatments. While the death toll is high and the spread has been rapid, there is still hope: Unlike chytrid fungus, WNS has yet to cause a single species extinction. And, as a scientific community, we’ve learned some lessons from the chytrid epidemic about where to look for solutions to WNS.

Just as herpetologists like Vance Vredenburg have found bacteria that can counteract chytrid, scientists studying WNS have identified bacteria that seem to slow—or even stop—the growth of the fungus that is killing the bats. Now that WNS has reached the western U.S., there is increased urgency to take this research to the next stage, investigating the genetic underpinnings of resistance and field-testing methods for applying beneficial bacteria.

Although protecting bats is not top of mind for most people, the demise of bat colonies in the U.S. and the loss of the critical ecosystem services these animals provide is just another reminder of the importance of preserving natural biodiversity. In this age of climate change, bats—it turns out—just may be our best defense against a range of “tropical” diseases coming to our own backyards. 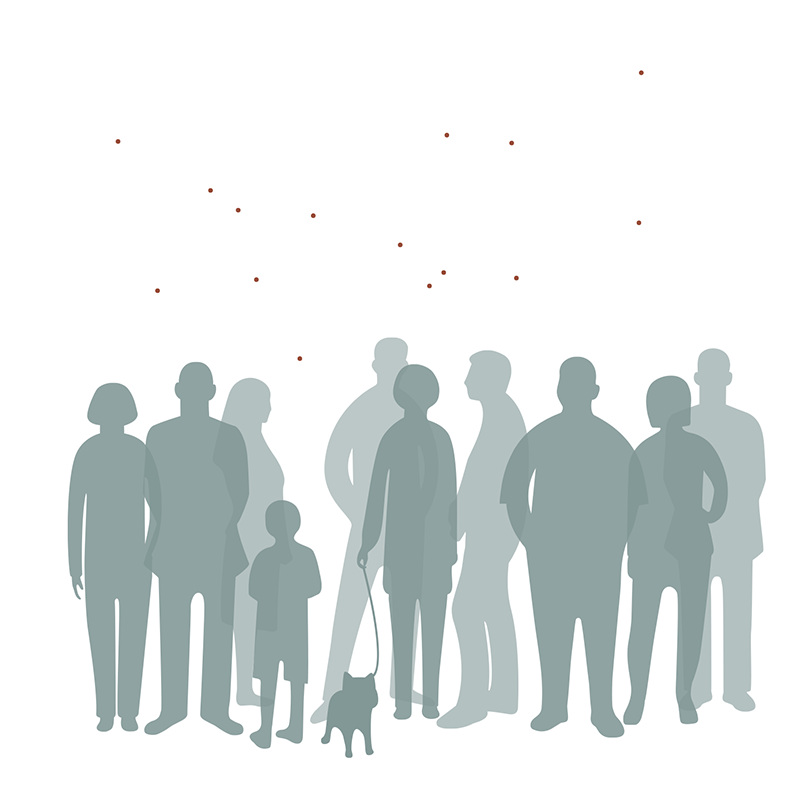 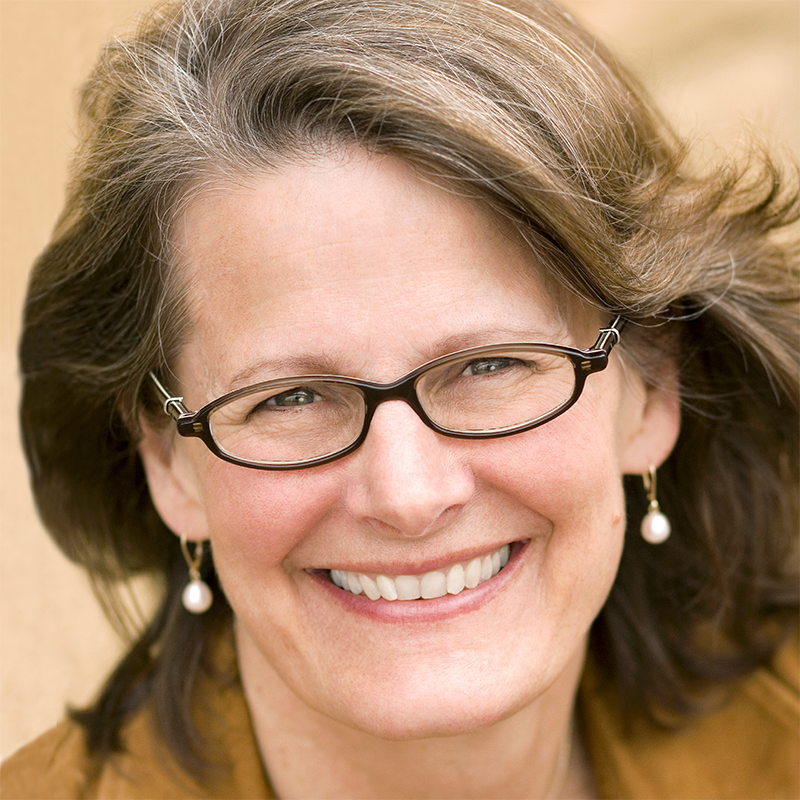 Elizabeth A. Hadly is a global change scientist who has spent more than 30 years studying environmental change in natural landscapes all over the world. Her research has taken her from iconic Yellowstone National Park in the United States, to the top of Mount Kilimanjaro, the Himalayas, the jungles of Rwanda, the Patagonian steppe, and the rain forests of Costa Rica in her ongoing efforts to understand how people are changing the planet. 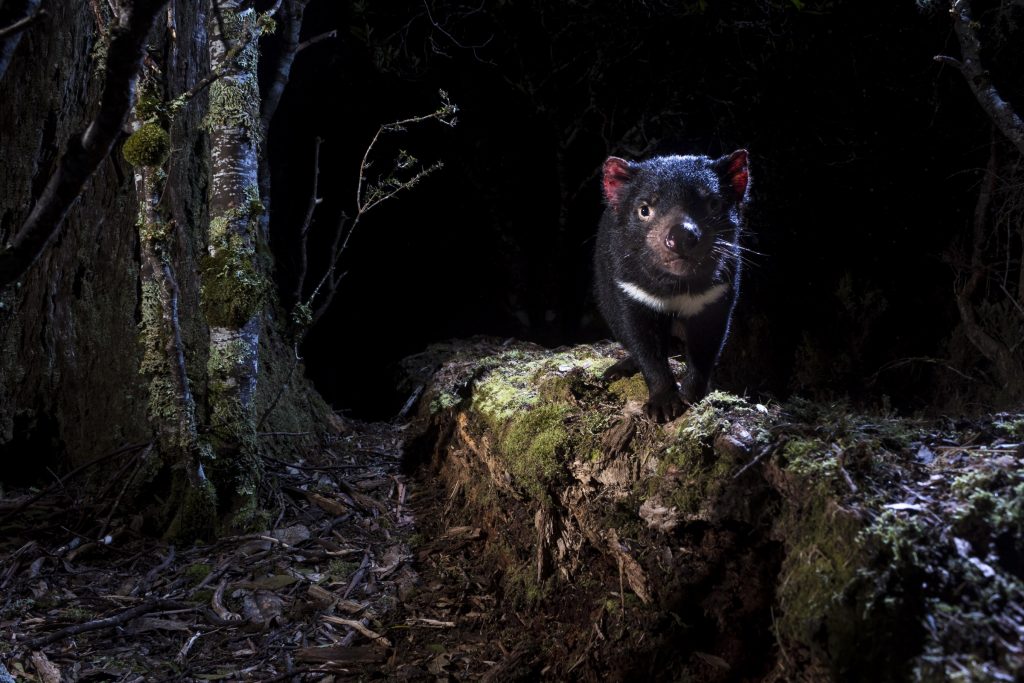 All Eyes on the Devil 07.31.2018 Photo Essay - Some Tasmanian devils have taken a surprising turn in response to a devastating cancer, offering new hope for the endangered species' survival. 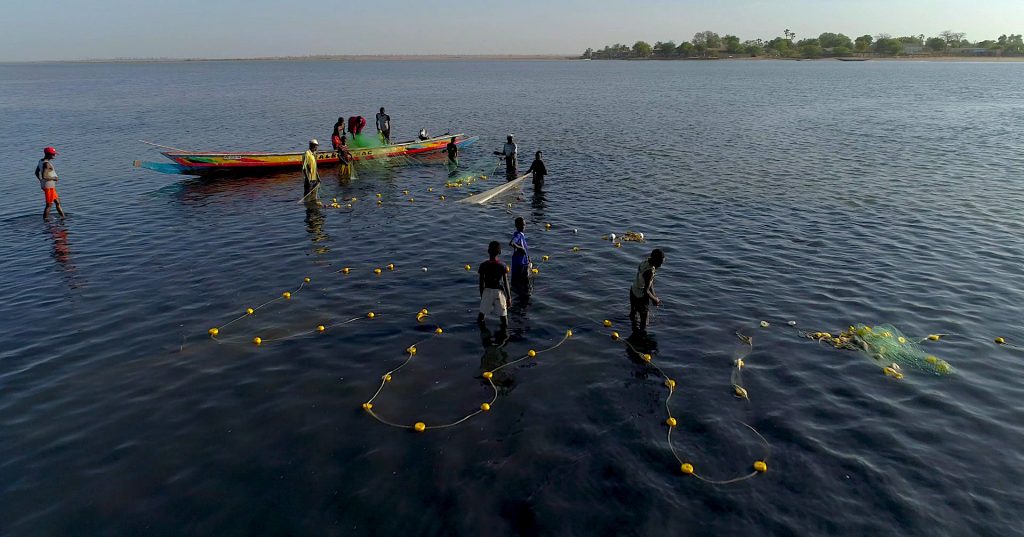 Protected by Prawns 03.17.2019 Video - Restoring native crustaceans along West Africa’s Senegal River may be a critical step in controlling one of the world’s deadliest tropical diseases. 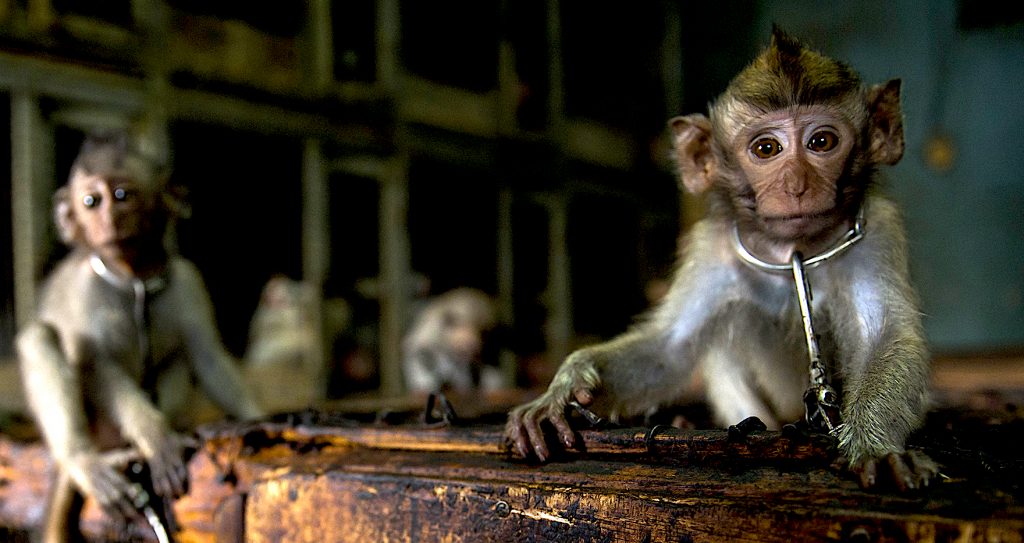