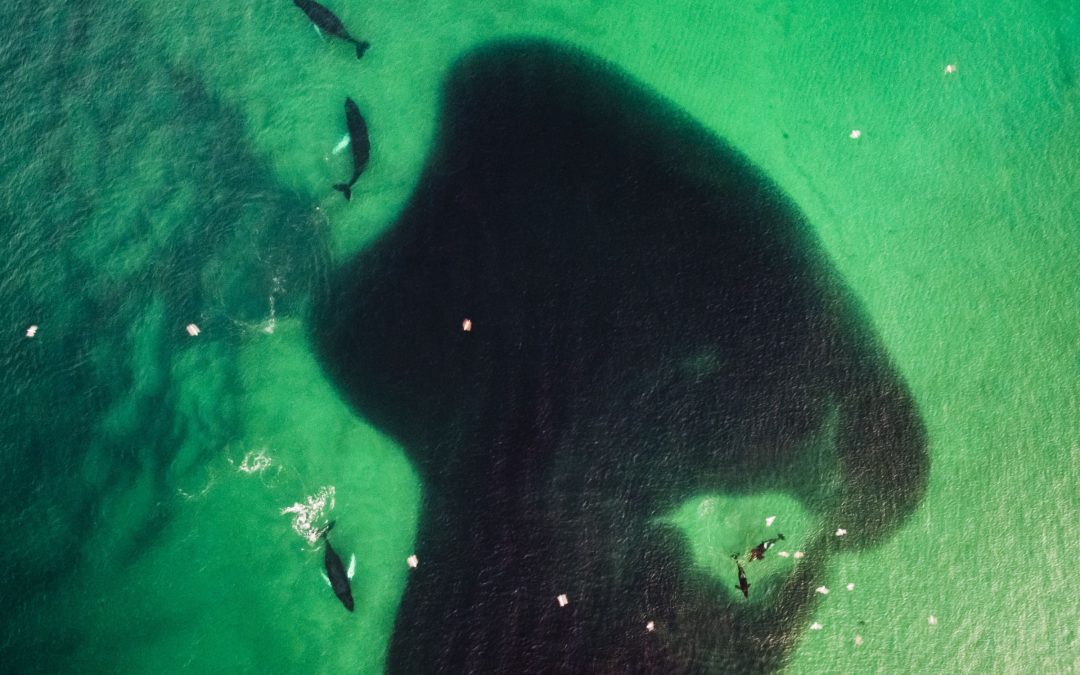 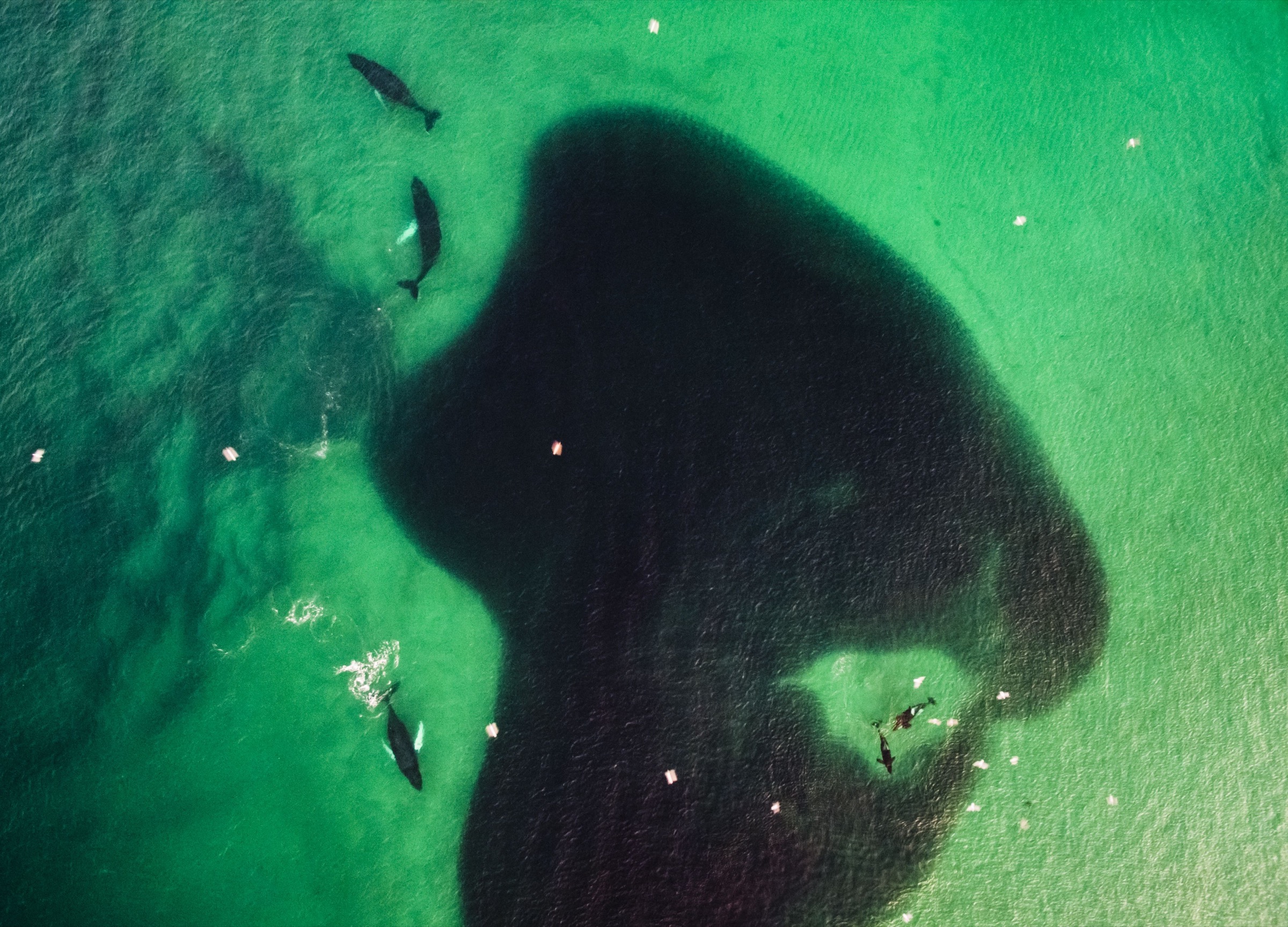 Viewed from above, these Norwegian waters look serene. But the placid surface and lazy shadows that shift in seeming slow motion belie the controlled chaos transpiring below. A dense cloud of Atlantic herring (Clupea harengus) spins like a cyclone, each fish seeking shelter amidst its neighbors as two orcas (Orcinus orca) shape and break the undulating mass. The orcas drive holes through the school’s center and slurp up herring they’ve stunned with swipes of their massive flukes. Humpback whales (Megaptera novaeangliae) patrol the edge of the cloud, periodically charging through it, mouths agape like enormous nets of baleen and flesh.

Such frenzies—some lasting only minutes and others upwards of an hour—will occur repeatedly for up to five months while the herring overwinter in shallow fjords. But it hasn’t always been this way. Before 2010, herring populations in this region spent winters farther out to sea, where they were pursued by orcas, but never encountered humpbacks. Exactly what prompted the herring schools to move closer to shore and spill into Norway’s fjords isn’t clear, but the relocation put them directly in the path of migrating humpbacks. Suddenly, all three species were in the same place at the same time, and the stage was set for some unusual, and previously undocumented, behaviors.

The relationship between orcas and humpbacks in most places and scenarios is one of conflict—orcas preying on young humpbacks, or adult humpbacks banding together to drive off the smaller predators. Here, it seems, the food resource is rich enough that it’s more productive for both mammal species to focus their efforts on the herring instead of each other. Indeed, in a study published earlier this year, researchers found that orcas and humpbacks more often than not work together to herd the fish into tight schools and systematically take their respective mouthfuls. While the orcas appear to be doing the majority of the herding, with the humpbacks serving as the opportunists, these observations demonstrate just how dynamic our oceans are—and how resilient organisms can be—in the face of changing environmental conditions. 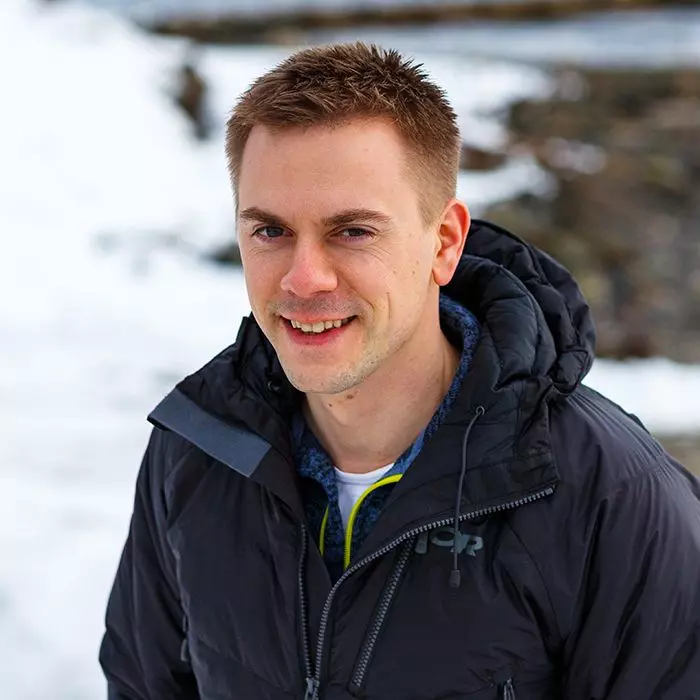 Espen is a nature photographer based in Tromsø, Norway. When he was 12 years old, he borrowed his father’s Minolta SLR camera to photograph birds, but they often appeared as small dots, impossible to identify. His photography skills improved over time; since 2010, he has spent hundreds of hours photographing whales in the fjords close to his home. Many of his pictures, including this one, have earned awards in photo competitions around the world. 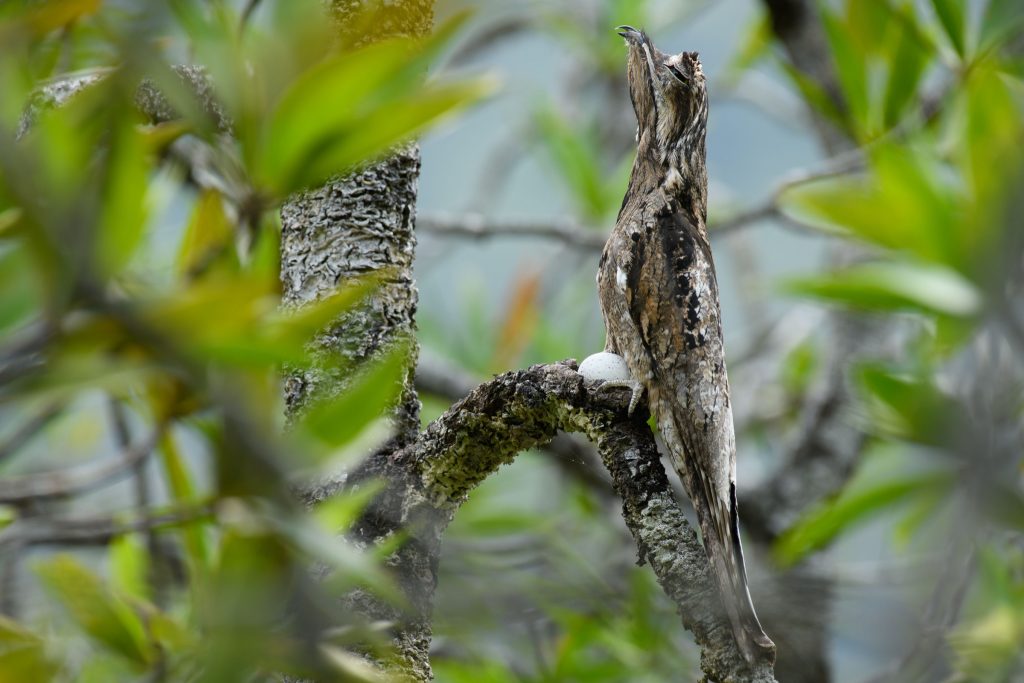