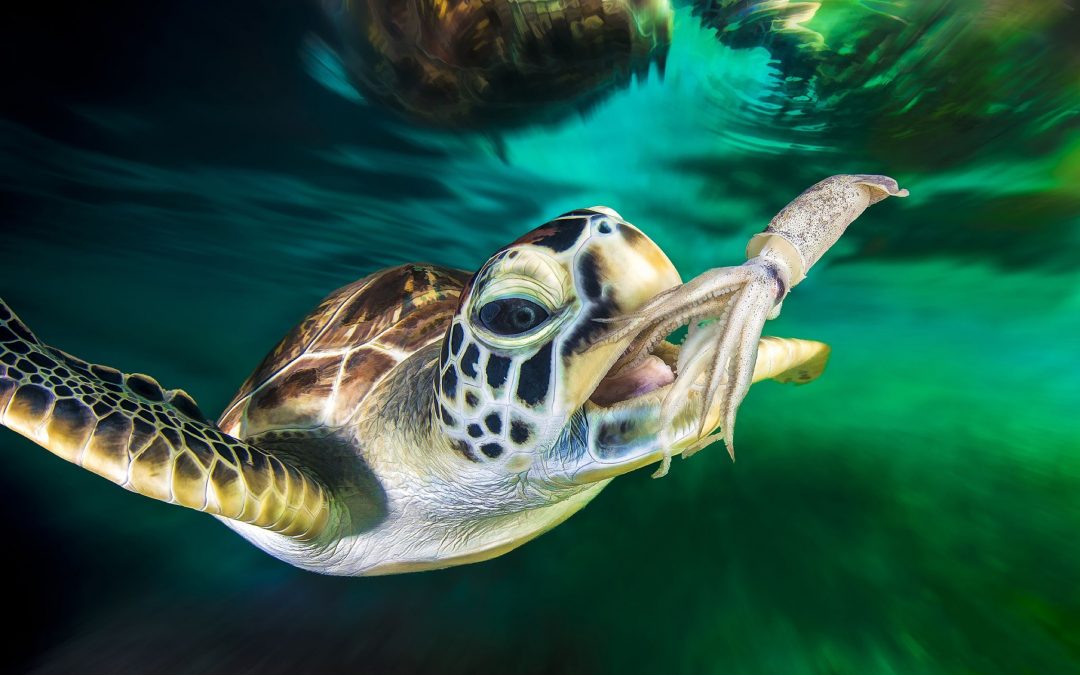 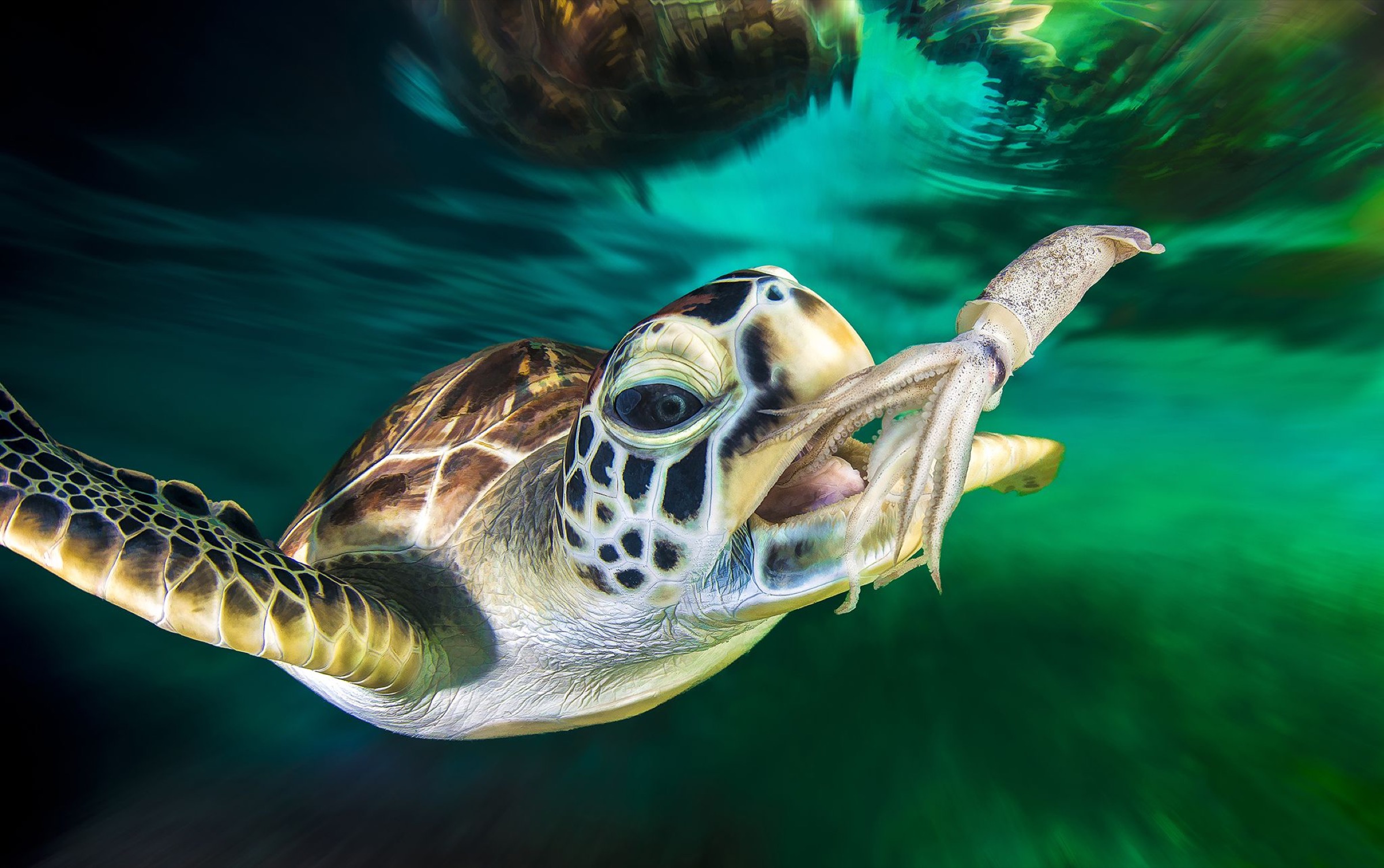 The diet of young green turtles (Chelonia mydas) is a mixed bag—and scientists are still trying to figure out exactly what’s in it. Although the adults spend their days cruising nearshore seagrass beds, where they are easy to study, young green sea turtles are a different story. Until recently, researchers knew almost nothing about where or how they spent the first years of their lives. It was as if the hatchlings skittered across the beach and simply disappeared the moment they entered the open ocean.

Then in the late 1990s, scientists discovered young green sea turtles living in and around vast floating mats of kelp off the coast of Baja California Sur, Mexico. In offshore habitats like these, the tiny developing turtles find both cover and food, preying on small invertebrates that dwell amongst the seaweed. The pursuit of larger prey, like the squid this young turtle is lunging after in a rehabilitation facility near Cairns, Australia, also appears to be surprisingly common up to a certain age. In a recent study, scientists examined the stomach contents of young green sea turtles that had become stranded and died along the Atlantic coast of South America and found that nearly a third of them contained the remains of squid and octopus.

Eventually, though, the aquatic reptiles move on to plants, feeding almost exclusively on seagrasses and algae for the remainder of their lives. This low-calorie diet means that green sea turtles require more time to reach sexual maturity than any other species of sea turtle—up to 50 years. During this long, slow process, many human factors conspire to prevent the turtles from reaching adulthood. The greatest threat is the harvesting of nesting turtles and their incubating eggs. Coastal development also continues to destroy nesting beaches, and light pollution can disorient hatchlings and prevent them from making their way to the sea. Those hatchlings that do manage to find the ocean face a new suite of threats. Sea turtles are commonly caught in fishing nets and lines, and young turtles can die from ingesting plastic and other garbage that they’ve mistaken for prey.

Globally, over the past three generations of turtles (100 to 150 years), the number of nesting females has fallen by as much as 67 percent. The green turtle has been listed under the Endangered Species Act since 1978, but since green turtles nest in 80 different countries and visit the waters offshore of some 140, the threats they face vary greatly across their range. To better manage and protect the turtles, the listing was revised last year to recognize 11 distinct populations of green sea turtles around the world—three of which are considered endangered, and eight threatened. As a result of these protections, as well as a number of cross-border conservation efforts, many of the biggest threats to their survival have begun to subside. Egg harvesting rates have slowed at several key nesting areas, and an increasing number of community-based monitoring programs have reduced harvesting of adults in nearshore habitats, allowing more of these long-lived animals to reach sexual maturity and do their part to ensure the future of the species. 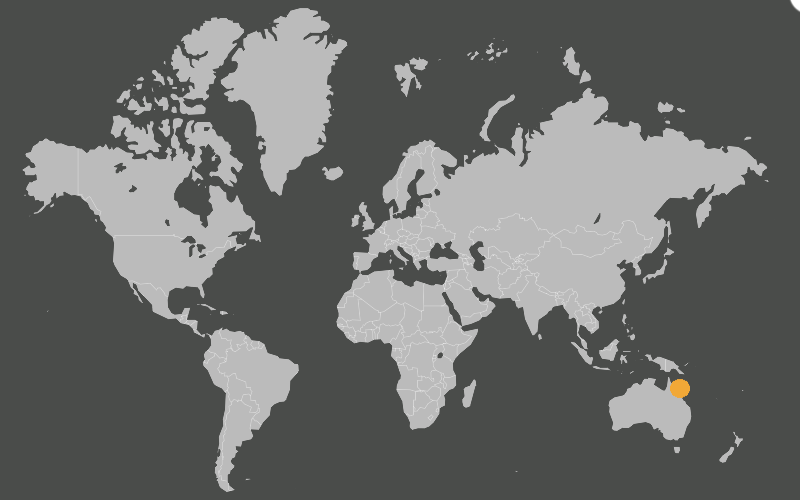 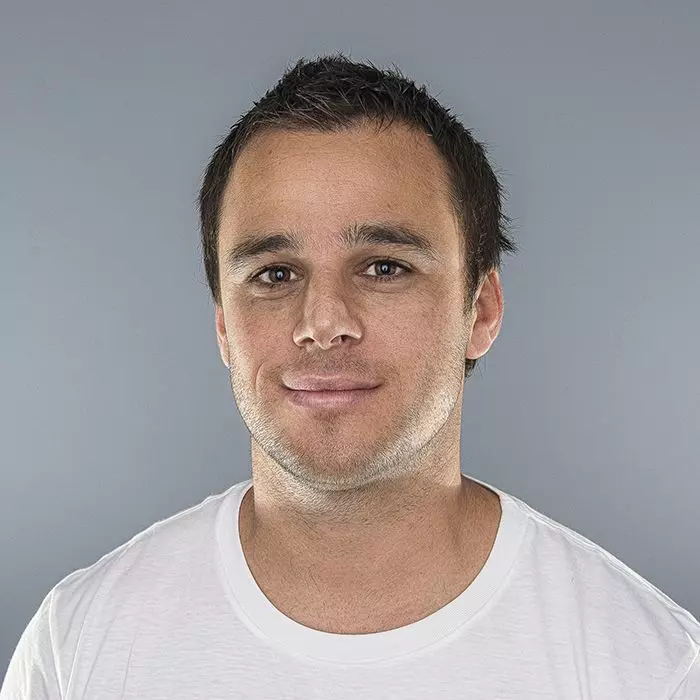 Christian Miller is an award-winning nature and wildlife photographer, best known for his underwater images. His passion for the oceans brought Christian from his native Germany to Australia, where he participates in environmental projects that focus on sea turtles, sharks, whales, and ocean plastics. 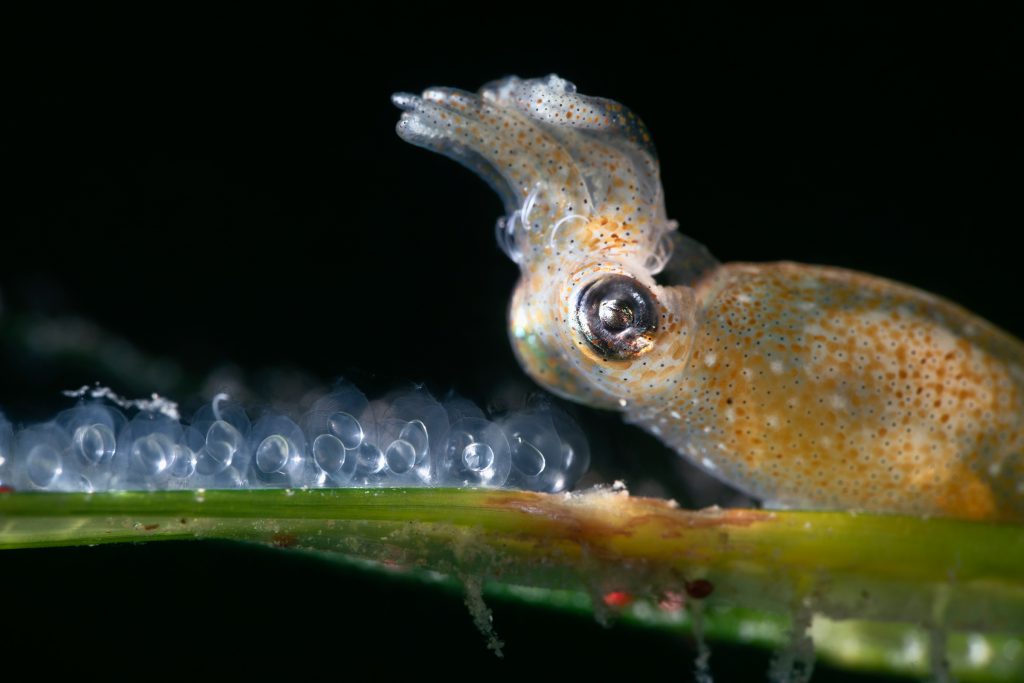 Single Mom 11.24.2021 Spotlight - In a delicate ritual that might last only a few minutes, this female squid demonstrates remarkable self-sufficiency. 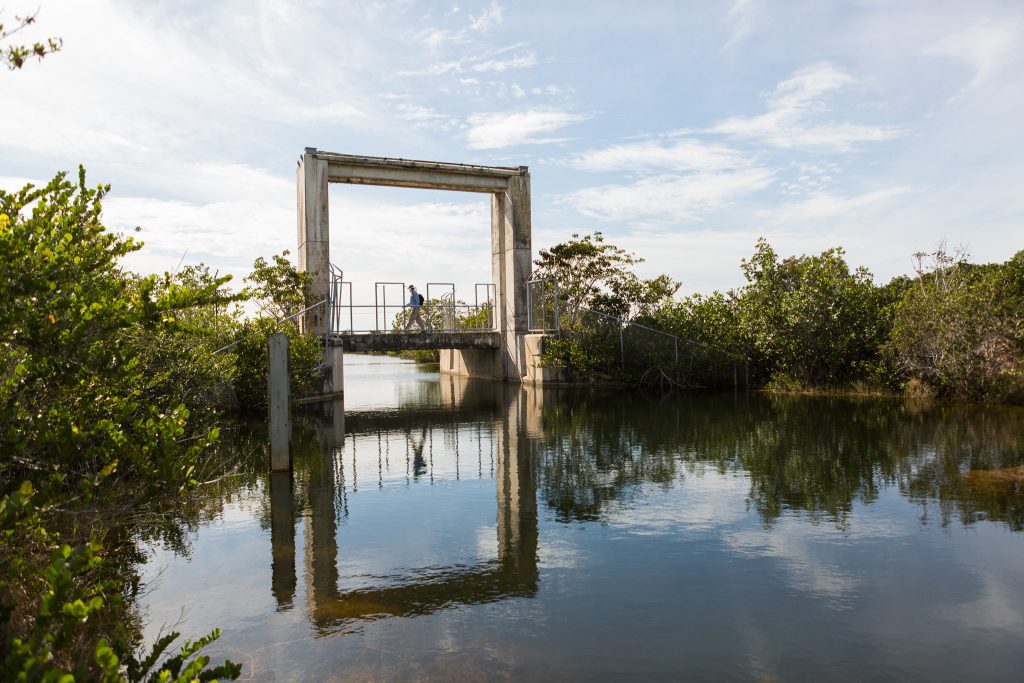 The Problem with Pythons 04.26.2016 Article - Burmese pythons are slowly, inexorably eating their way through Florida’s wildlife—is hunting them the answer?

The Gibbon’s Tail 10.14.2020 Article - For the world’s rarest ape, survival may depend on stories passed down for centuries among the people of its Chinese island home.
Australia Climate Change Ocean Sea Turtle Squid Wild Life