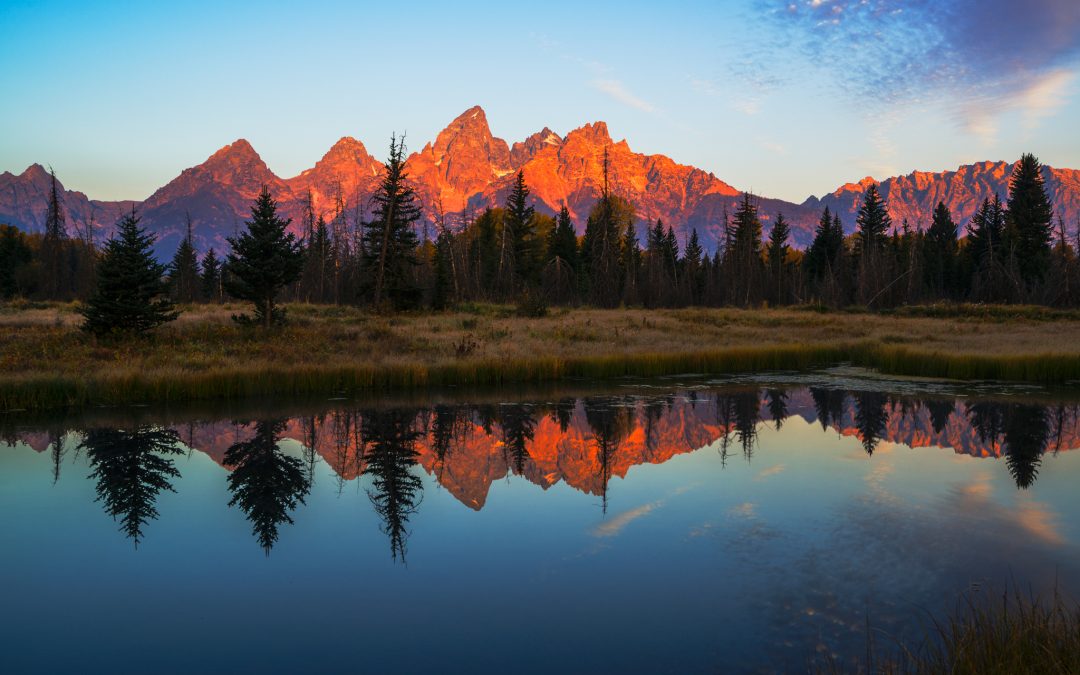 It’s more than a skirmish over funding, censorship, and “alternative facts.” It’s a battle for basic decency, the people we love, and the future of our planet.

Make no mistake: There is a War on Science in America.

The White House not only denies obvious, empirical facts on a regular basis, but they have invented the Orwellian concept of “alternative facts.” In the past, we simply called them “lies,” but now they are used in the world’s most powerful office. And that should scare all of us.

What’s worse is that the White House and many members of Congress are against the very pursuit of facts, and have tried to place draconian restrictions on what federal scientists can research, publish, or even discuss. And god knows what will happen to our nation’s long-standing investments in research and science education.

This attack on science, and on knowledge itself, goes beyond anything we have seen in America before. And it is not only dangerous to science, it is dangerous to our nation and the world.

But the War on Science has inspired a mighty backlash. Scientists are standing up against politicians. We’ve seen rogue Twitter accounts, hundreds of op-eds, and scientists announcing they are running for office. There will even be a March for Science on April 22. It’s a popular uprising, complete with heroes in white lab coats and park ranger uniforms.

But when I see these signs of protest, I feel worried. Is this the right approach? Are we truly connecting with the American people?

Sure, people are taking a stand against “alternative facts”, cuts to research, and the muzzling of scientists. But what are we for?

To truly connect with people, I think scientists and their supporters need to paint a positive vision of the future, where science reaffirms its moral authority, articulates how it will help us, and advances a noble cause.

In other words: What is the higher purpose of American science? And what will scientists work for, live for, and fight for?

I can’t answer for other scientists, but here’s what I will fight for.

Keeping America Great, As It Has Always Been

Until recently, science has enjoyed deep, bipartisan support from elected officials. Thoughtful leaders on both sides of the aisle—from Teddy Roosevelt to Truman, Kennedy to Nixon, George H.W. Bush to Obama—have used science to guide our country forward.

And those leaders knew what I know: America is at its best when science is accepted and helps us do great things. Science helped us defeat fascism, win the Cold War, end polio, feed the world, land on the Moon, and crack the code of life. What might it do next?

The greatness of America is strengthened by science—it helps us lift people up, improve the human condition, and build a better world.

Our future is dependent on science. Will we embrace science again, solve the challenges of our time, and thrive? Or will we turn our backs on science, and doom our future?

The People I Love

If we live long enough, many of the people we love will fall ill, and some will die. Science may not always offer a cure, but it offers a chance. Or a way to manage pain. Or the hope that, someday, others won’t have to face such a fate.

This is personal for me. It probably is for you, too.

When I was a teenager, my mother died of amyotrophic lateral sclerosis (ALS), a truly terrible disease. Science didn’t give her a cure, or even a treatment, but I am hopeful that, someday, science will help another family.

And we all know people who are battling cancer. For me, a dearest friend, a valued co-worker, and a young niece are facing the disease and an uncertain future. But science is giving them the tools to fight—including the latest in laser surgery, radiation, and chemotherapy. Science is giving the people I love a fighting chance, and I will always be grateful to the scientists who gave them this gift.

Let’s be clear: Those who conduct a War on Science are also declaring war on the people we love. If they get their way, people will die. And I’m going to fight to make sure that doesn’t happen. You should too.

The Future of Our Planet

Science shows us the magnificence of our world. Our oceans hold beautiful coral reefs, bursting with life, gleaming through azure waters. Tropical rainforests teem with creatures, sights, and sounds. Here in California, we have giant redwoods, reaching skyward, drenched in mist. And off our shores, there are colossal whales, drifting in rich waters, raising their young and singing their ethereal songs.

Through the lens of science, these wonders stir the mind, inspiring awe and wonder. They awaken our hearts and souls. We instinctively want to share them with the people we love. And preserving them is the greatest gift we can give our children.

But science also tells us that these wonders are at risk from widespread habitat loss, pollution, and climate change. Science shows us the planet is in trouble, even if many politicians ignore the evidence.

But all is not lost. Science shows us ways of building a sustainable future—by reinventing our energy system, agriculture, and cities. Science can build a future where people and nature thrive together, for generations to come. Ignoring science will doom us to an impoverished, degraded world. Our children deserve better than that, and only science points the way forward.

Science also tells us that we are all part of the same species, a single human family. While some try to divide us along national, gender, racial, and ethnic lines, science shows us that this is folly.

Science teaches us that national boundaries mean nothing. They are arbitrary lines etched into maps by people in power. The Earth doesn’t care. The air, the oceans, and the species we share this planet with need no passports. Only humans worry about that. Frank Borman, an Apollo astronaut, said it well: “When you’re…looking back on Earth…you’re going to get a concept that maybe this really is one world and why the hell can’t we learn to live together like decent people.”

Science also tells us that our old ideas about gender, sexuality, and race are wrong. We should love who we want, the way we want. This is normal. What’s not is homophobia and racism. Science teaches us that these are small-minded prejudices, not worthy of our species.

Finally, it teaches us that diversity makes living systems stronger and more resilient to change. The challenges facing our planet today are enormous. If we hope to address them, we would be wise to follow nature’s cue, encouraging as much diversity and collaboration as possible within the global scientific community.

It’s easy to think that the War on Science is a secondary concern in our unfolding political crisis. After all, the very fabric of American democracy is unraveling, and it might seem we don’t have time to worry about science.

But the War on Science affects all of us, and the things we hold most dear—including the greatness of America, the future of our planet, the decency of our society, and the people we love. Without unbiased facts, an informed citizenry, and the free and open pursuit of truth, we cannot be the America we want to be.

The pursuit of science offers us hope—hope that we will be a great nation, living on a thriving world, as decent, kind people, with the people we love.

That is a cause I’m willing to work for, live for, fight for, and yes, even die for. And I know I’m not alone.

Dr. Jonathan Foley is the Executive Director of the California Academy of Sciences, where he oversees the institution’s programs of scientific research, education, and public engagement. A world-renowned scientist, Foley has made major contributions to our understanding of land use and climate, global food security, and the sustainability of the world’s resources. In addition to recognizing their importance for answering big scientific questions, Foley thinks the 46 million specimens in the Academy’s collections are just plain cool, and getting to explore them is one of his favorite job perks. Follow him on Twitter @globalecoguy. 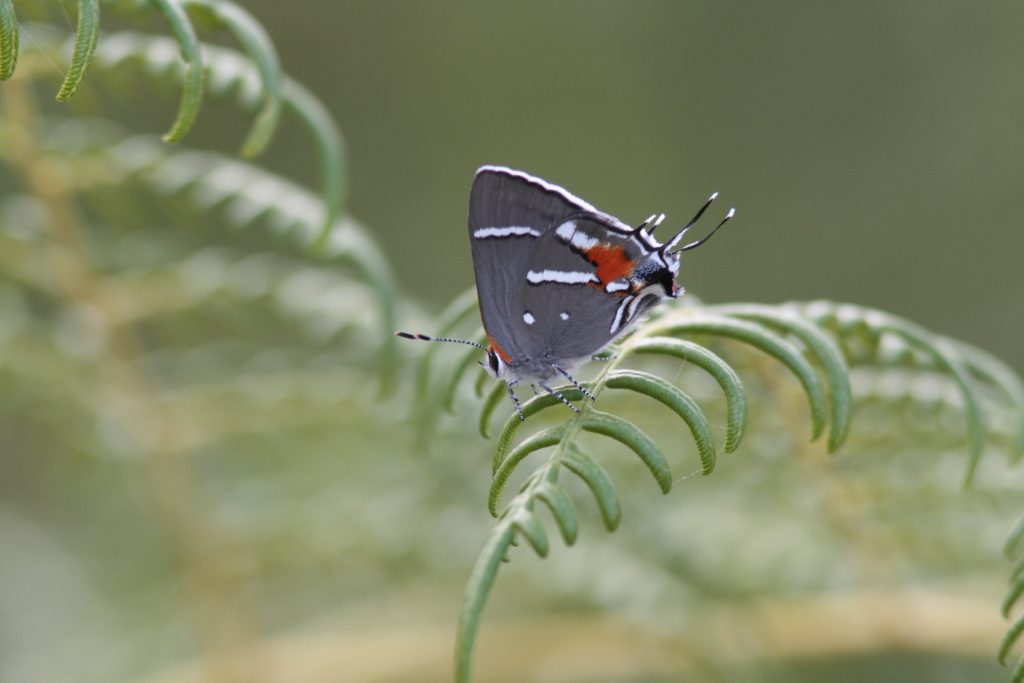 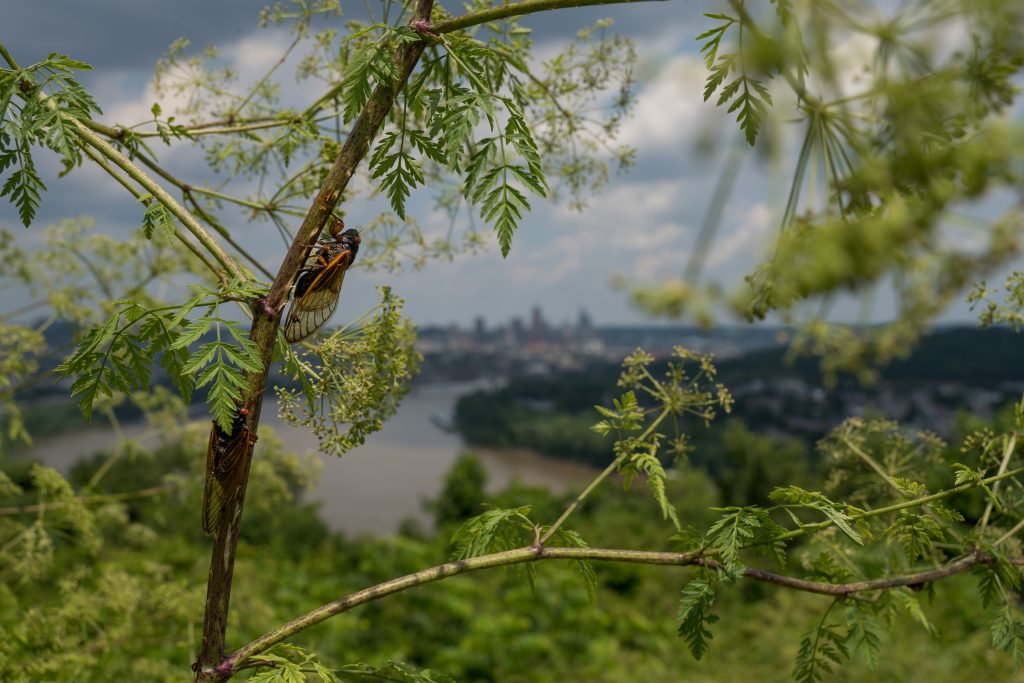 Signs of the Times 07.08.2021 Article - Despite their perceived abundance, the periodical cicadas that emerged across the eastern United States this summer point to a growing set of threats facing both the insects themselves and the ecosystems they help support.

A (Proposed) Pipeline Runs Through It 12.03.2019 Article - The Atlantic Coast Pipeline would divide mountains, farmland, and sacred Native American land along its 600-mile route, but it's uniting a diverse community of activists determined to halt its progress.
Environment Equality Medicine Opinion People Politics Science Solutions