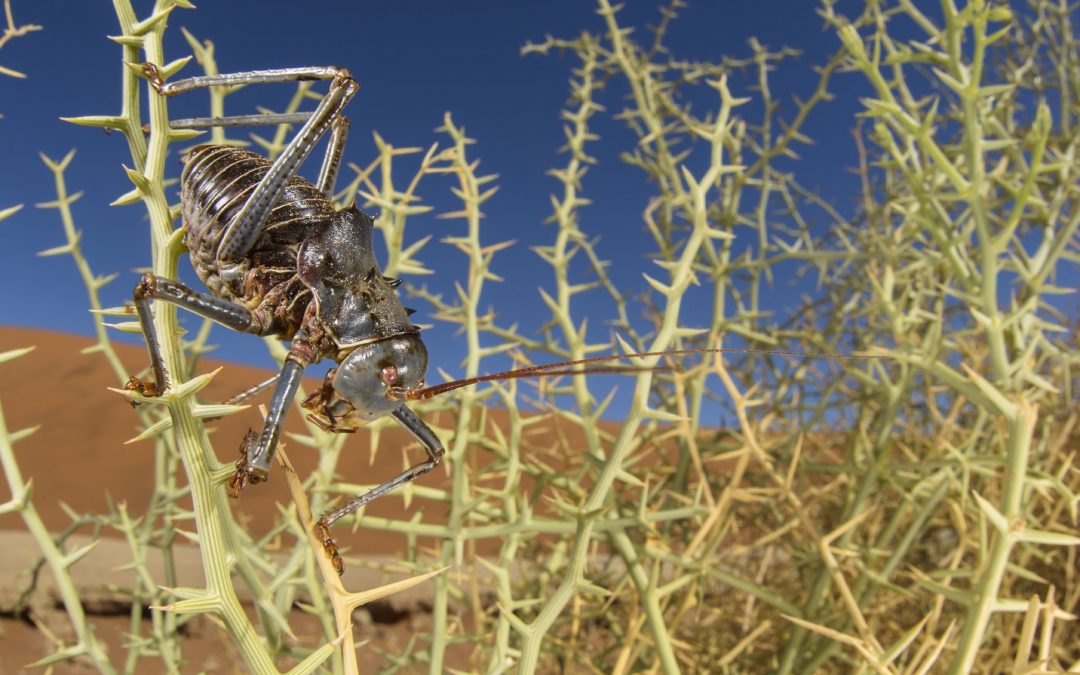 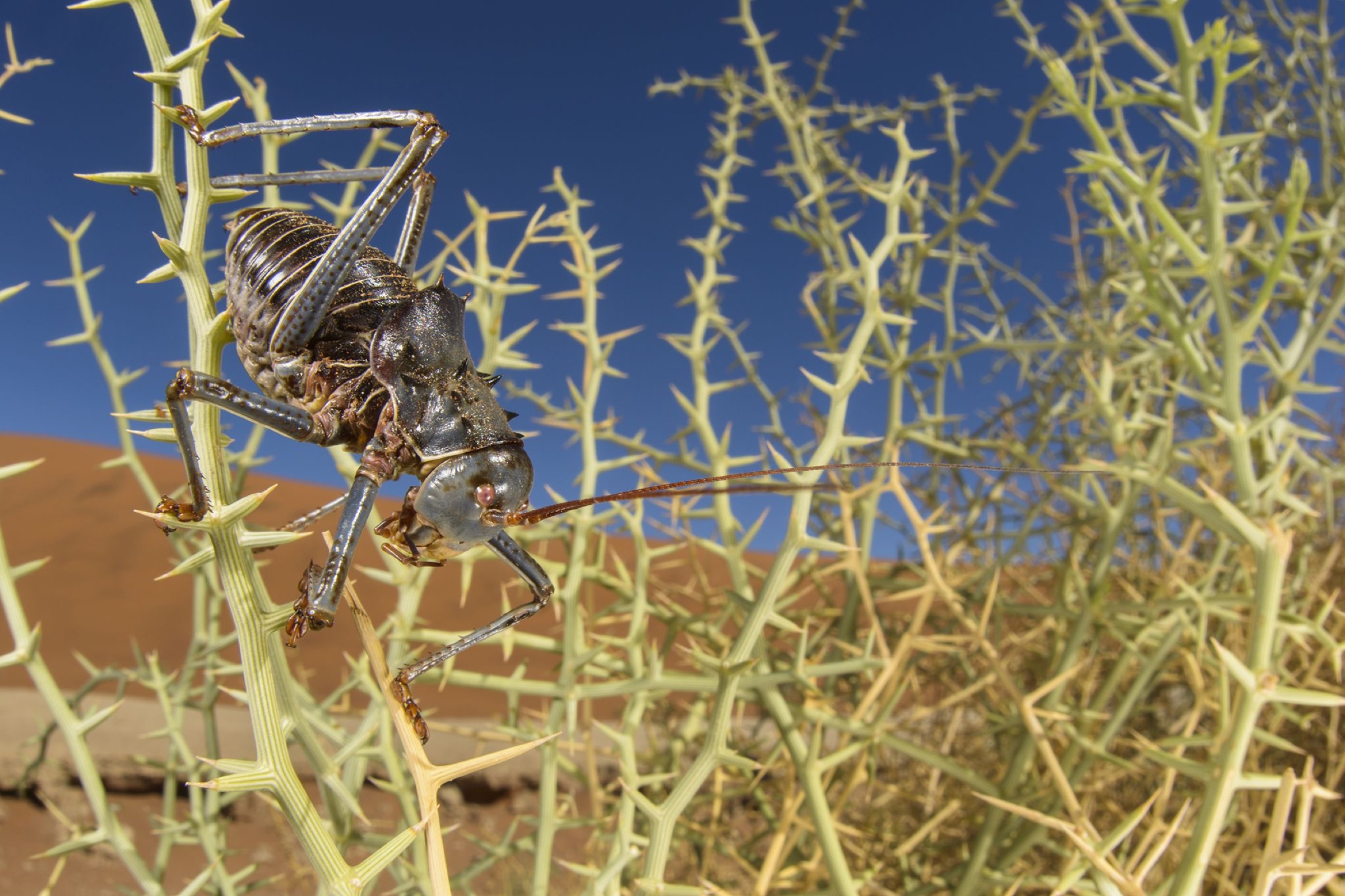 This is most definitely not your average cricket singing in the woods on a warm summer evening. In fact, despite its name, the armored bush cricket (Acanthoplus discoidalis) is not even a true cricket, but a member of the katydid family. Well adapted to one of the world’s harshest environments, this otherworldly insect is clad in a plated exoskeleton, its legs and thorax studded with fearsome spikes. There’s not a single inviting bite across the cricket’s entire 5-cm (2-inch) body, which is precisely the point. Then there are the armored cricket’s powerful jaws. When used in defense, one crushing nip can break human skin. But these structures also allow the opportunistic insect to feed on everything from grains and grasses to carrion and even nestling birds. If its armor alone fails to deter a would-be predator, the flightless cricket puts on a defensive show to rival most others. When attacked from overhead, it auto-hemorrhages, or “reflex bleeds”—squeezing putrid hemolymph (insect blood) from dozens of pores across its exoskeleton. When attacked from the side, the cricket squirts blood from pores hidden behind its legs. Should all of these defenses fail, the armored cricket has one last option, essentially spilling its guts and scurrying away to leave a befuddled predator in its wake.

Most potential predators, such as Namib rock agamas (Agama planiceps) and striped skinks (Trachylepis punctatissima), tend to give the armored bush cricket a wide berth, but there is one foe the cricket can’t fool: cannibalistic members of its own species. When deprived of protein and salt, the insects feed upon their own kind. The greatest display of this swarming feast occurs along roadways that crisscross the semi-arid portion of their range in the south of Africa. Crushed crickets attract relatives that also frequently become casualties during the feeding frenzy—a vicious cycle of feast and death that paves the roadway in a cricket-gut veneer. 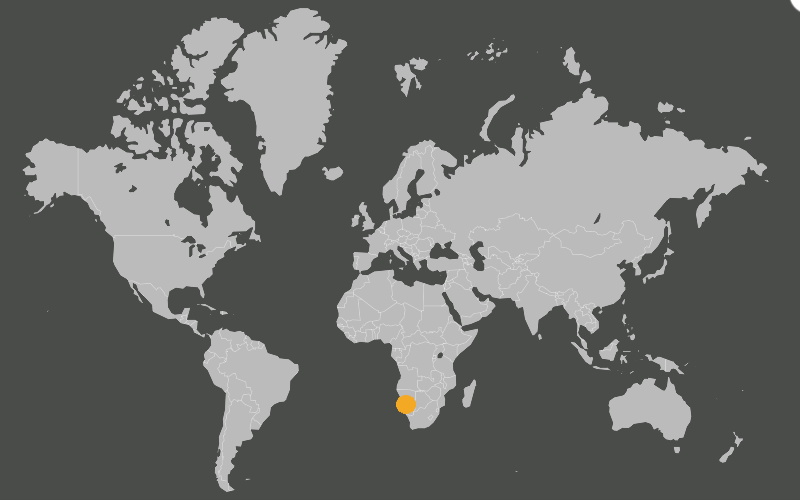 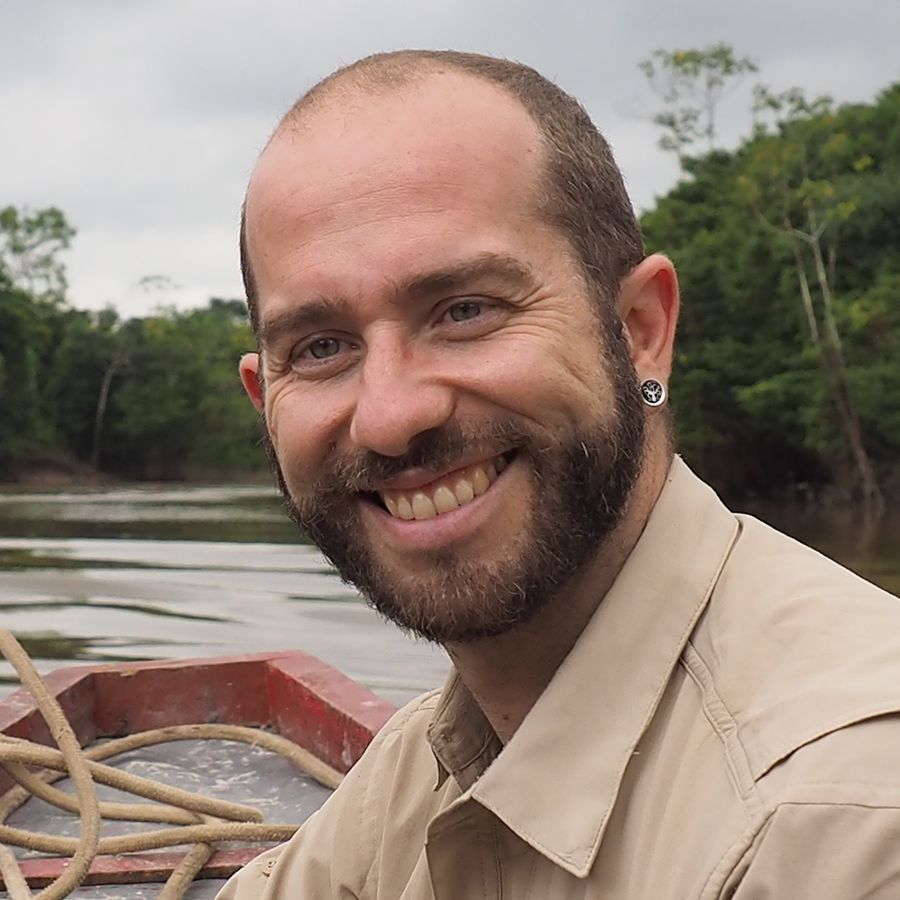 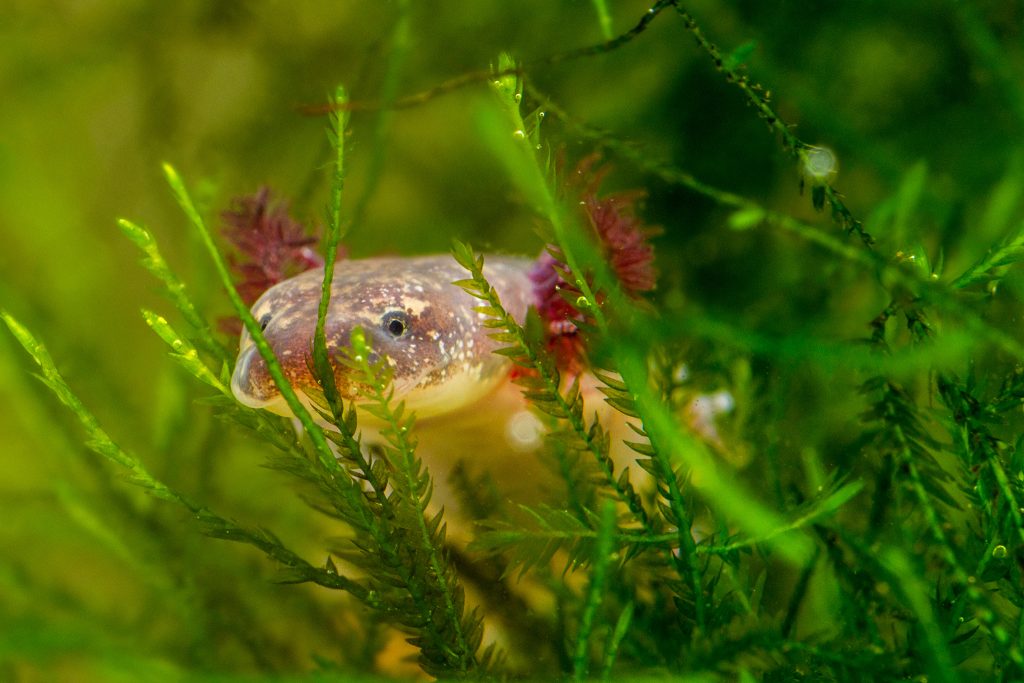 A Fragile Balance 01.24.2017 Article - An endangered Texas salamander hangs on thanks to a grab bag of protective laws. But will rampant development and a Trump administration spell its doom? 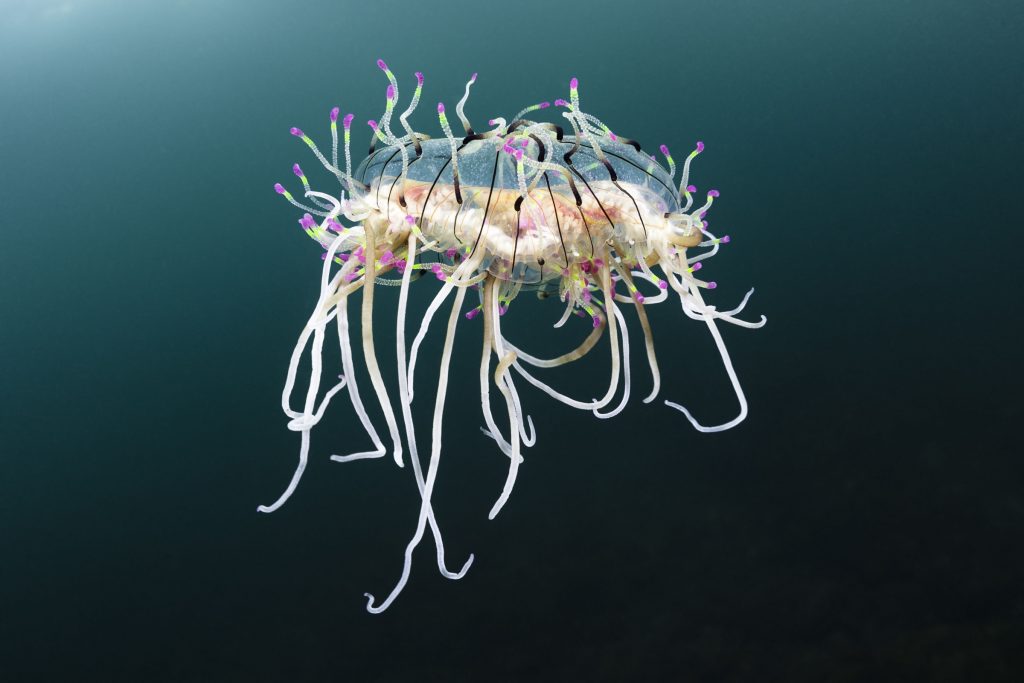 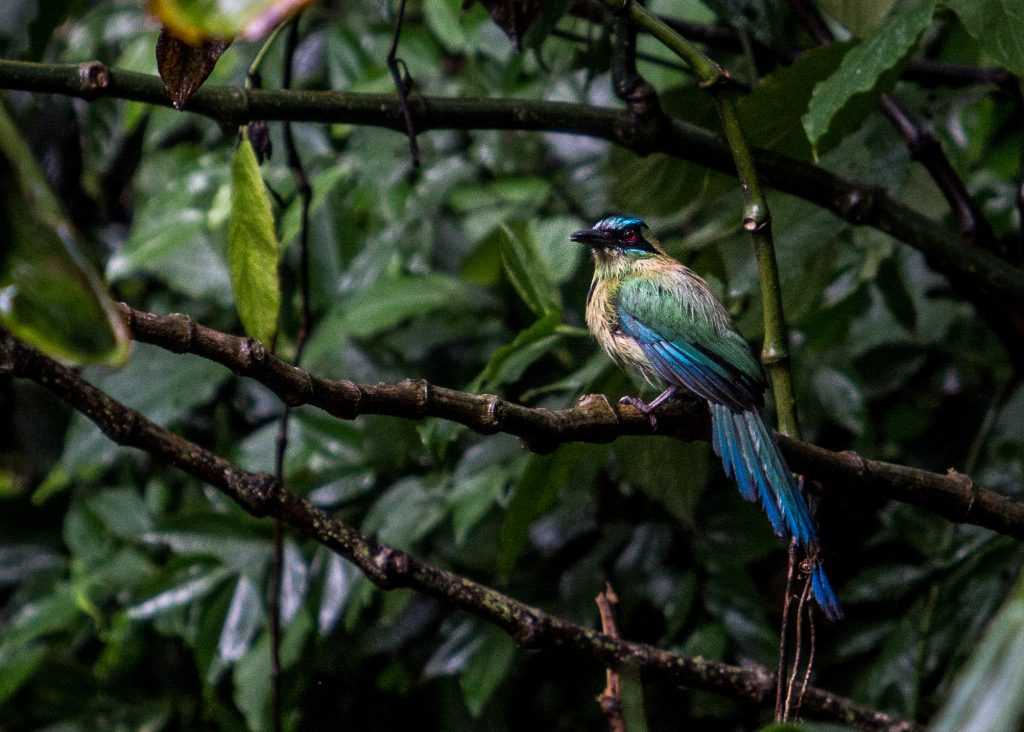