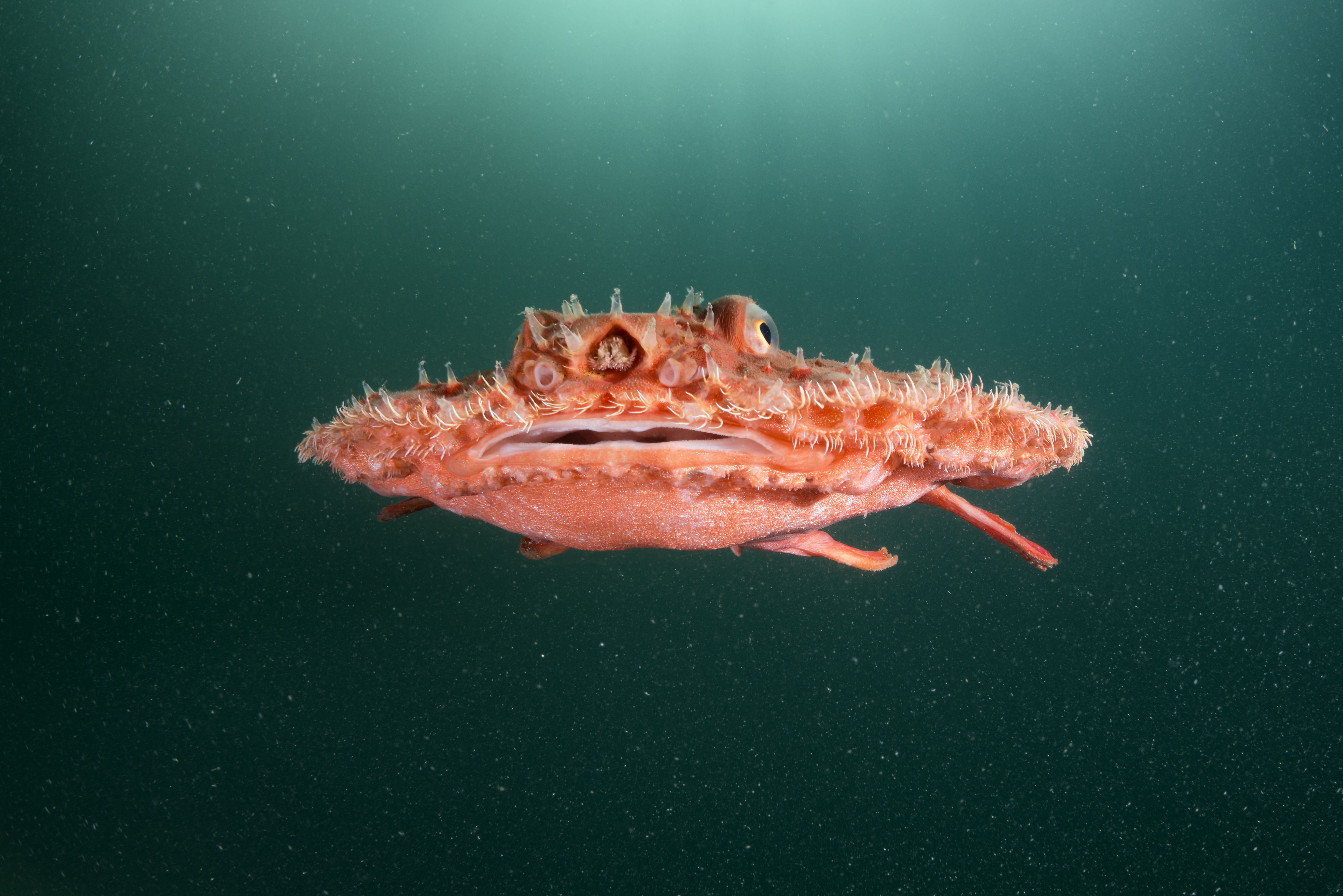 Like an alien craft emerging from a distant galaxy, this disc-shaped creature has entered some unfamiliar territory: the wide-open Pacific off the coast of Japan. The aptly named minipizza batfish (yes, minipizza, as in miniature pizza) is far more at home on the seafloor than it is swimming, or more accurately plummeting, through the water column. Which is why this individual—swept up in a fisherman’s net and cast overboard—was headed right back to the bottom when photographer Tony Wu captured its surreal image.

Like other batfishes, minipizza batfish (Halieutaea stellate) are clumsy, inefficient swimmers. Their stubby fins and vertically compressed bodies are far better suited to clambering over sand and rubble on the ocean floor, as well as hunkering down to avoid detection. Their color, too, is well adapted to the depths the fish typically inhabit, 50 meters (164 feet) or more beneath the surface. Brilliant as their pepperoni red may be when illuminated by the sun or a photographer’s strobes, the batfish look colorless when strolling along the deep sea floor, since longer (red and orange) wavelengths of light are absorbed much higher in the water column.

While minipizza batfish already possess a number of other common names, including red batfish, starry handfish, and starry seabat, Wu suggests in a blog post that another, longer name might better capture the species’ true essence. He proposes “minipizza-batfish-with-funny-flippers-that-waddles-more-than-swims-and-sometimes-flattens-itself-to-be-inconspicious-and-at-other-times-stands-on-its-fins-to-gain-(self-perceived)-high-ground-advantage.” Sure, it’s a mouthful, but what more do you need to know? 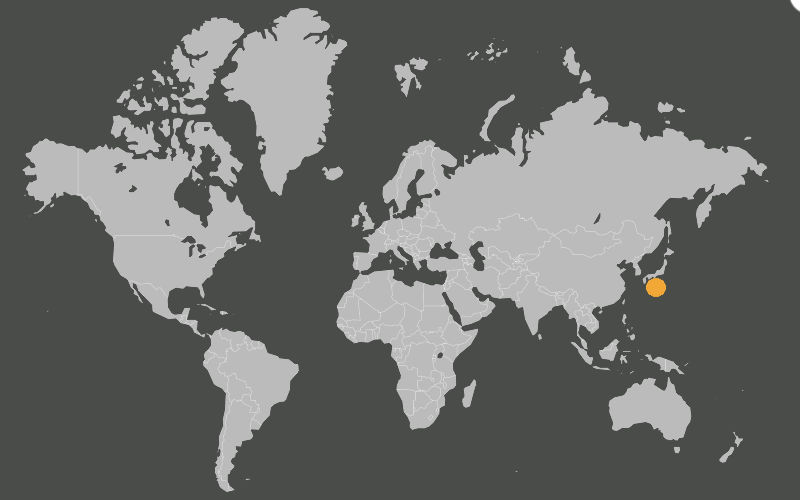 Off the coast of Shikoku, Japan 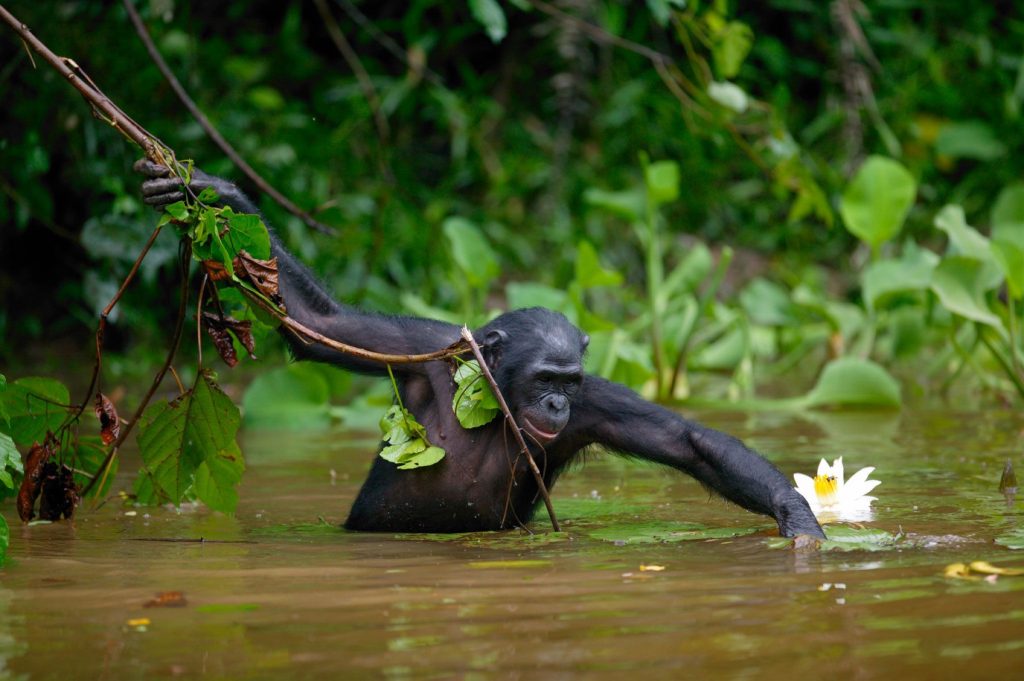 The Great Divide 04.25.2017 Spotlight - A fateful crossing of the Congo River by ancestral apes led to the rise of the modern bonobo.