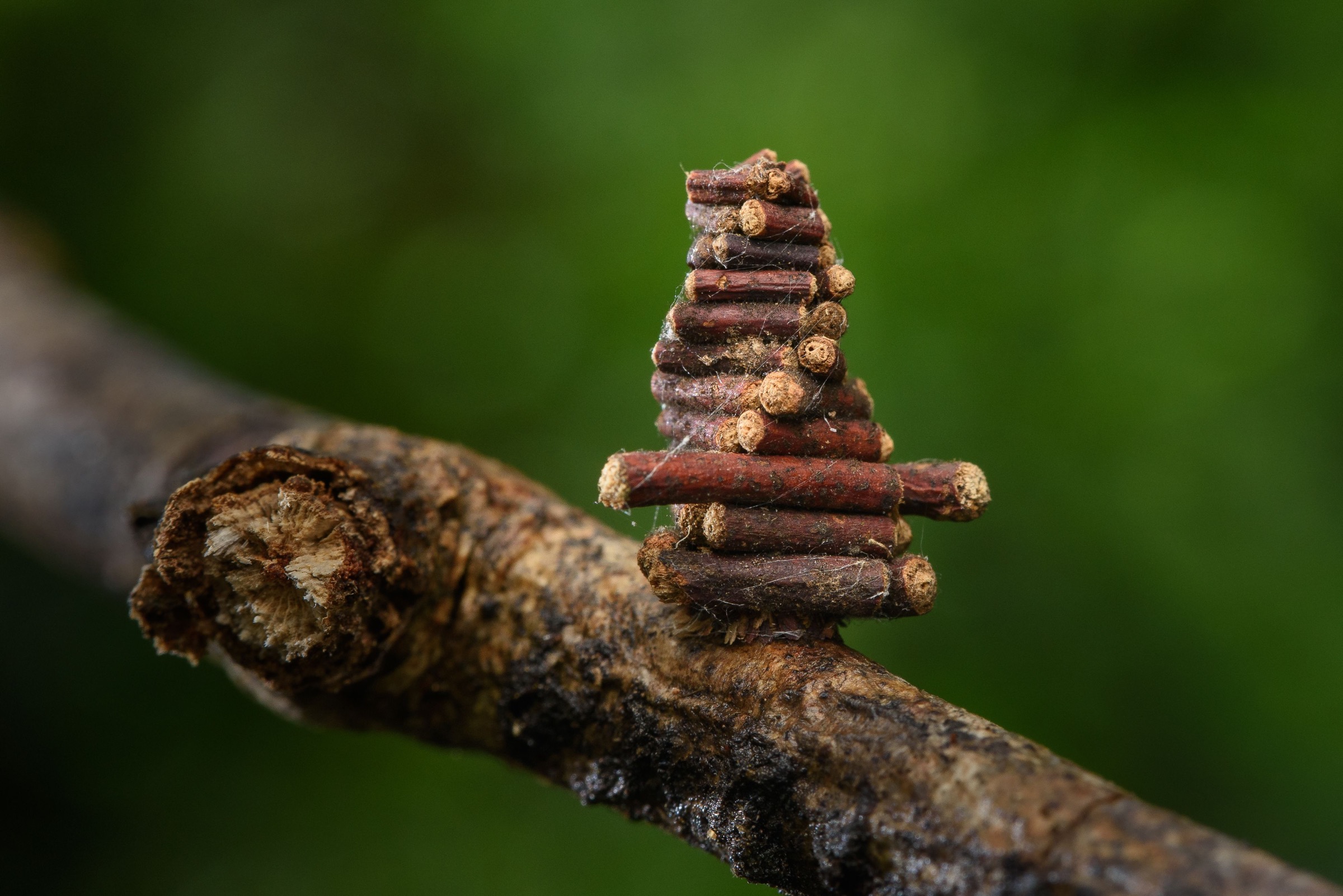 Shelter. It’s one of the most basic requirements for life, right along with food and water. For many creatures, cover is something they seek out—it’s a place where they go. Others build it, and carry it along with them. Such is the case with this elaborate structure that wildlife photographer Chien C. Lee encountered in the lush rainforests of Kalimantan.

What looks like a fort built by children at a school for the gifted turns out to be the meticulously crafted home of a caterpillar—specifically a moth caterpillar in the appropriately named family Psychidae. Also known (not so appropriately) as bagworm caterpillars, these larvae of relatively nondescript moths have evolved a behavioral strategy that covers two important bases in the bird- and lizard-eat-worm world of tropical rainforests. By gathering, resizing, and covering themselves with forest debris, the caterpillars create a costume that is at once inanimate, unnoticeable, and inedible.

Despite the fixed appearance of this napping larva’s fort, the structure is designed to move—and to grow—with its builder. Just as nautiluses add sections to their shells as they age, some bagworms add carefully trimmed twigs to their shelters, binding them to their bodies with threads of silk. The genetic blueprints for these structures, it turns out, are species-specific, but also dependent upon available materials. While some build elaborate spiral pyramids like this one, others appear to be a bit more haphazard with their construction practices—slapping together dwellings of pine needles or bits of tree bark. Regardless of a structure’s curb appeal, though, a home that enables a relatively slow-moving caterpillar to eat without being eaten must surely be better than no home at all. 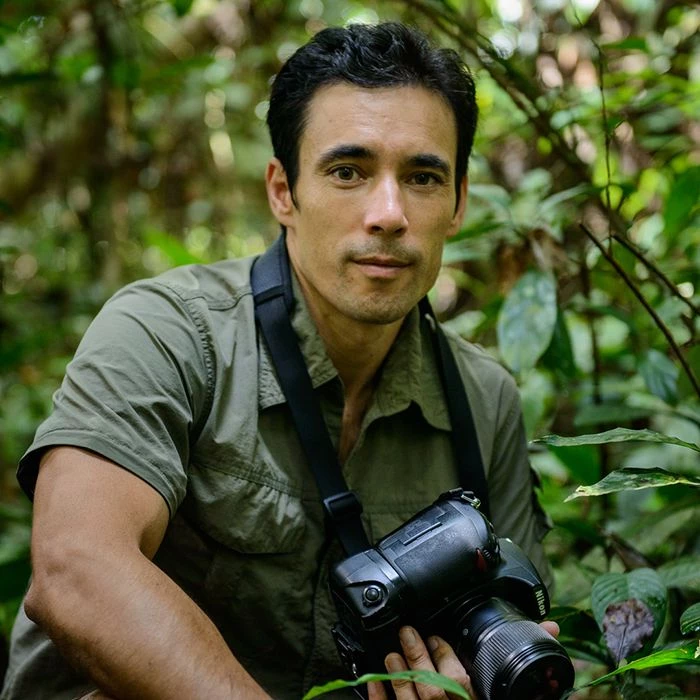 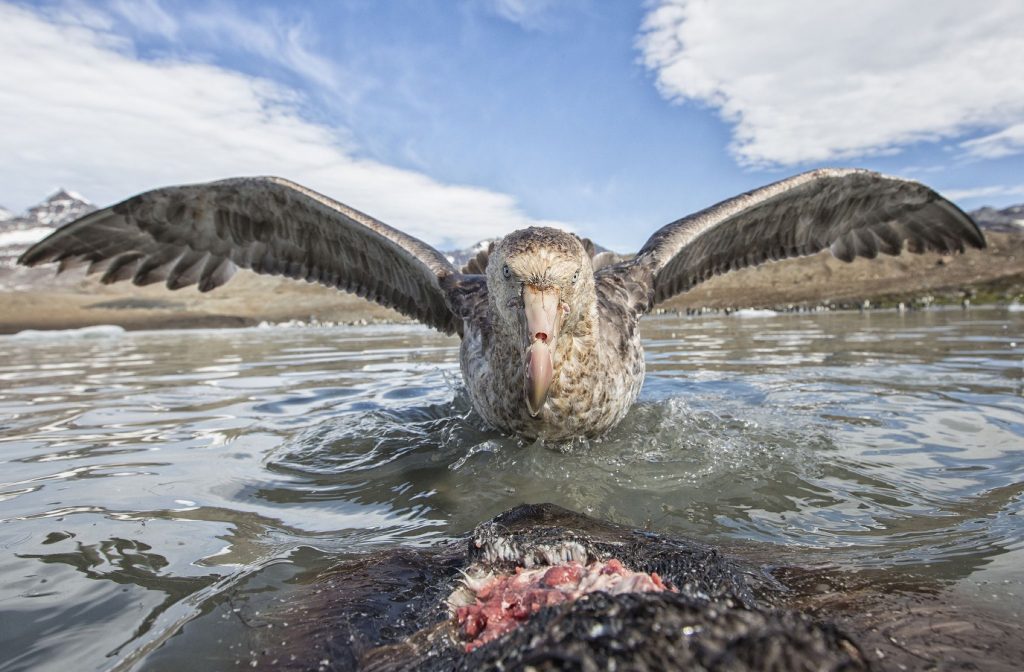 Fight or Forage 08.29.2017 Spotlight - At the bottom of the Earth, this dauntless bird finds calories wherever it can. 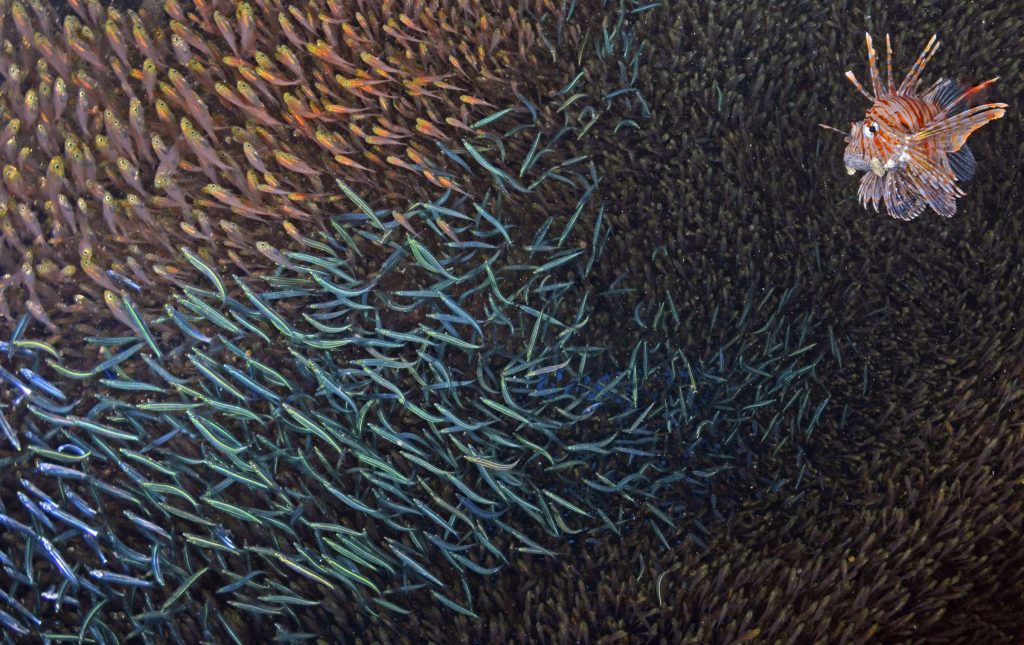 The Wreckers 12.12.2018 Spotlight - The lionfish that haunt one of the world’s most famous shipwrecks are now laying claim to new battlegrounds. 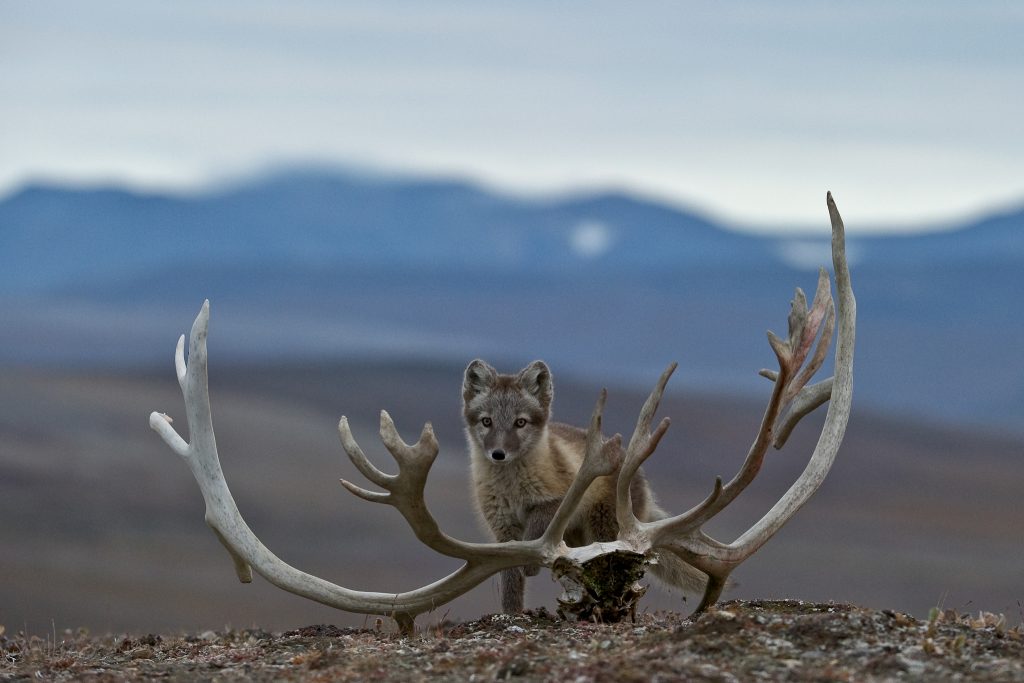