Against the backdrop of today’s inordinate health, social, political, and environmental challenges, renowned conservation photographer Ami Vitale had an idea: Harness the power of photography to change how we see the world, to create “awareness and understanding across cultures, communities, and countries,” to help people “make sense of our commonalities,” and to remind us of the beauty and inspiration of the natural world—and what we stand to lose.

This gallery is just a taste of what grew from that idea. In cooperation with some of the world’s best nature photographers, Vitale’s initiative is making these and dozens of other stunning photographs available to help support Conservation International. You can explore the full gallery at Prints for Nature. 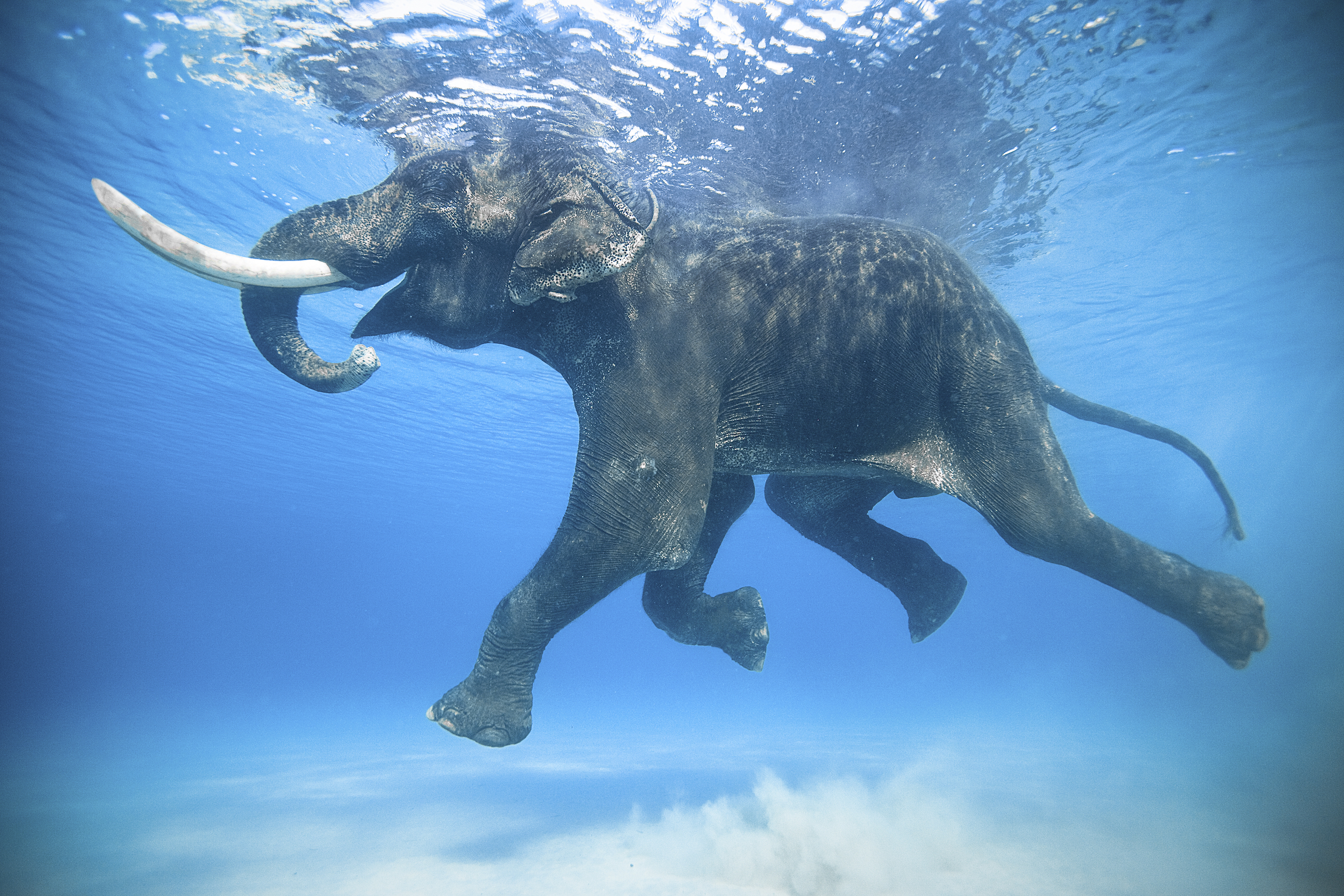 Beginning in the 1880s, British colonizers brought Asian elephants (Elephas maximus) to the Andaman Islands, a jungly archipelago in the Indian Ocean. Naturally strong swimmers, the elephants were trained to bring logged trees through the coastal waters to nearby boats. But when the Indian government banned logging in the islands in the year 2000, some 200 elephants were left stranded.

Most were brought to mainland temples, where they died within a few years. But one elephant, named Rajan, stayed in the Andaman Islands. He spent his retirement leisurely swimming in the sea, roaming the jungles he’d once helped log, and occasionally entertaining photographers like Jody MacDonald, who shot this portrait of the pachyderm. Rajan died in 2016 at age 66—one of the last living reminders of an industry that transformed the Andamans' culture and ecology. 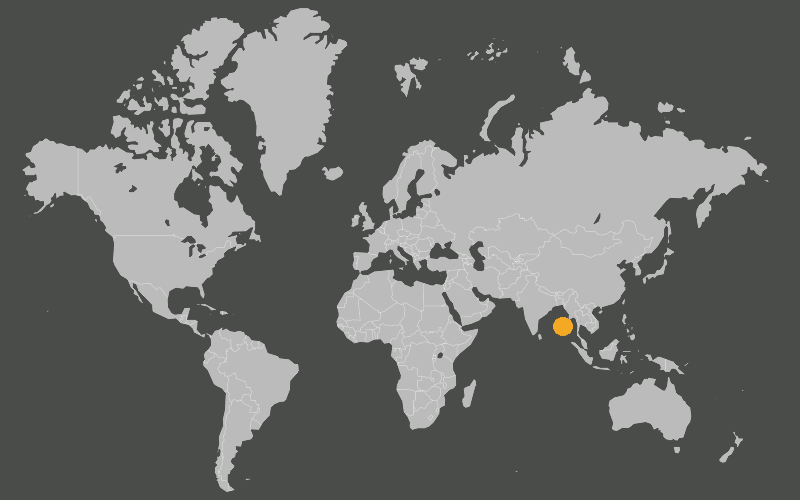 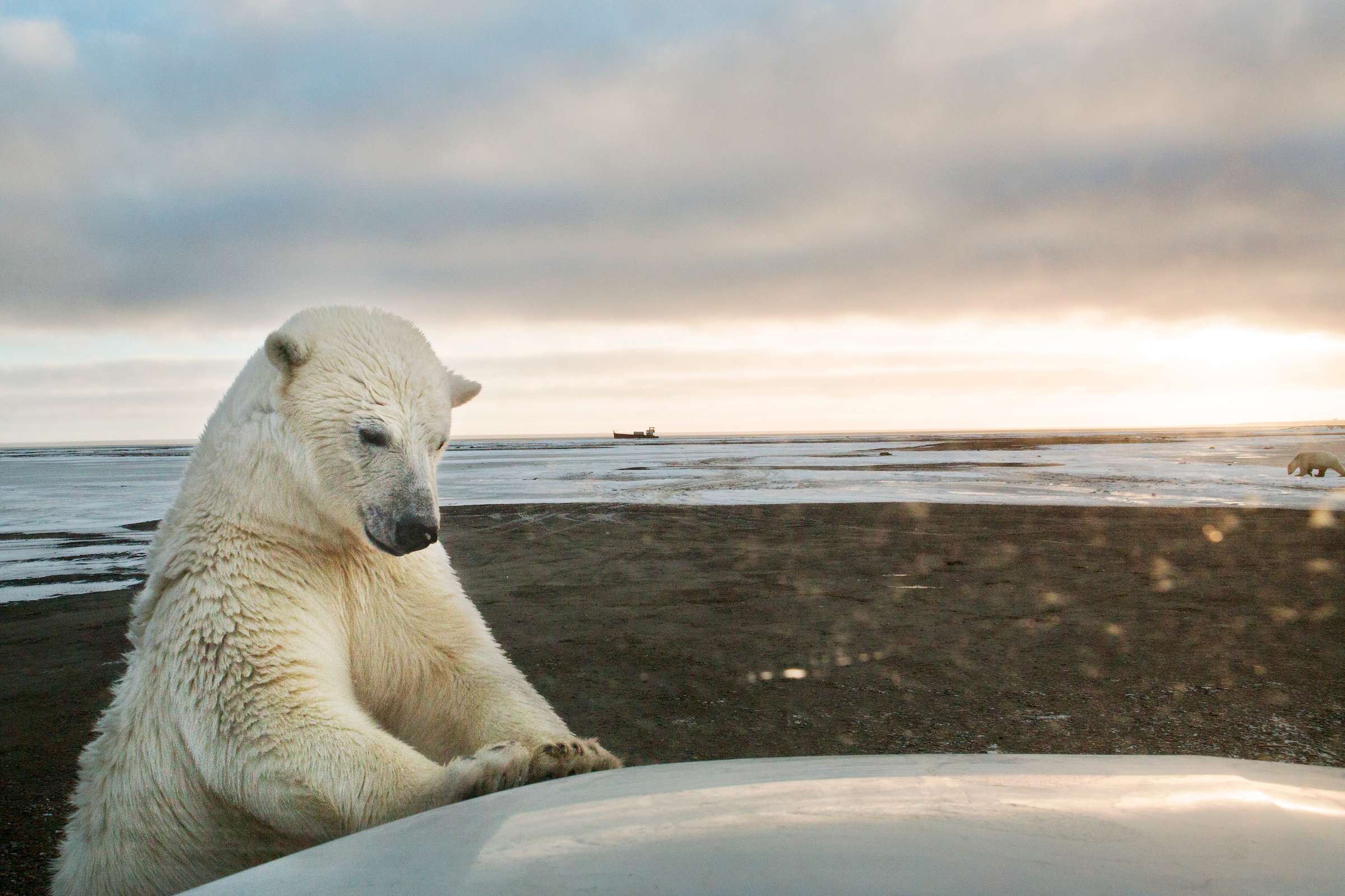 Normally, polar bears (Ursus maritimus) prowl Arctic sea ice to hunt for seals, their main prey. But as a warming climate leaves less ice on the surface of the Arctic Ocean, polar bears have a harder time getting the calories they need. Some starve to death. Others, like this curious male photographed by Katie Orlinsky in Kaktovik, Alaska, find their way to Arctic communities to scavenge for food, including the scraps left from Kaktovik’s annual subsistence bowhead whale hunt. With a growing number of bears, tourists and scientists converging in places like Kaktovik, local people must adapt to both a changing economy and a more intimate existence with the planet’s most dangerous predator. 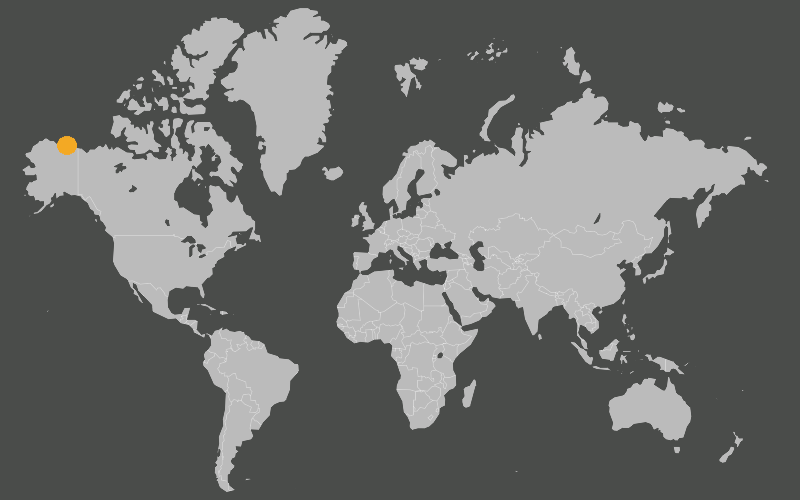 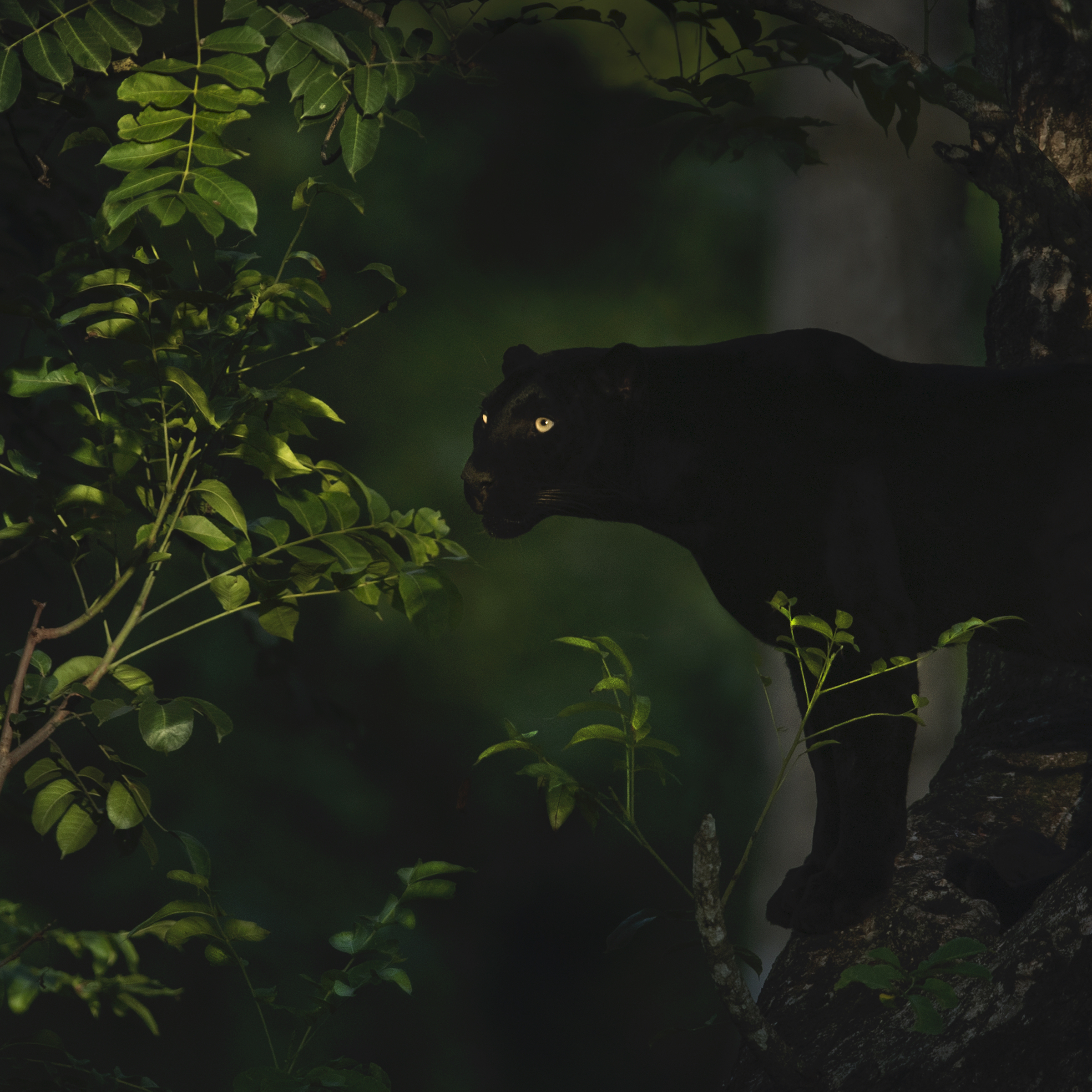 3/12
Master of Darkness
by Shaaz Jung

Despite the fame of Bagheera in Rudyard Kipling’s “The Jungle Book,” black panthers are rare in India. A melanated variant of the spotted Indian leopard (Panthera pardus fusca), these sleek, muscular cats hunt nocturnally and try to stay hidden from predatory Bengal tigers, making them especially hard to spot.

So when photographer Shaaz Jung encountered a melanistic leopard in Kabini Forest in Karnataka, India, in 2015, he was enthralled. He spent years tracking and filming the leopard, following him down paths created by elephants and listening for the calls of spotted deer (Axis axis) to alert him to the leopard’s presence. He noticed how the cat used his unusual coloration to his advantage, by seeking out trees with dark bark for camouflage and establishing his territory in cooler, shadier parts of the forest. And as the leopard led Jung deeper into the wilds of South India, Jung found himself re-connecting with the landscapes of his childhood, and making a commitment to protect them. 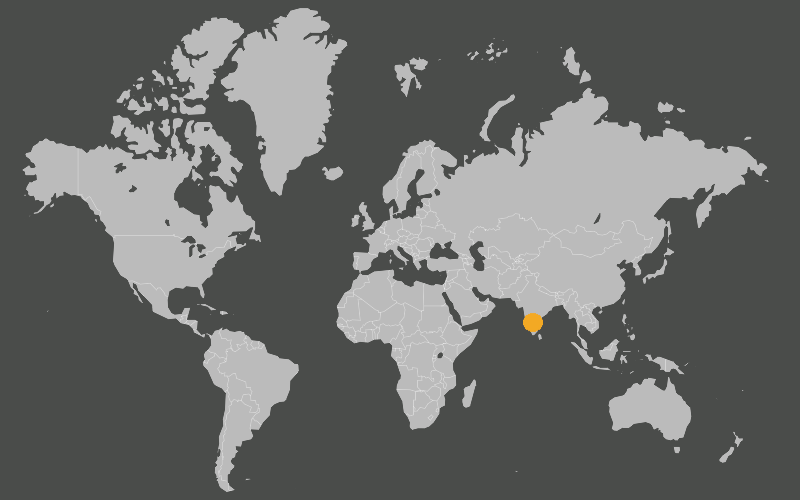 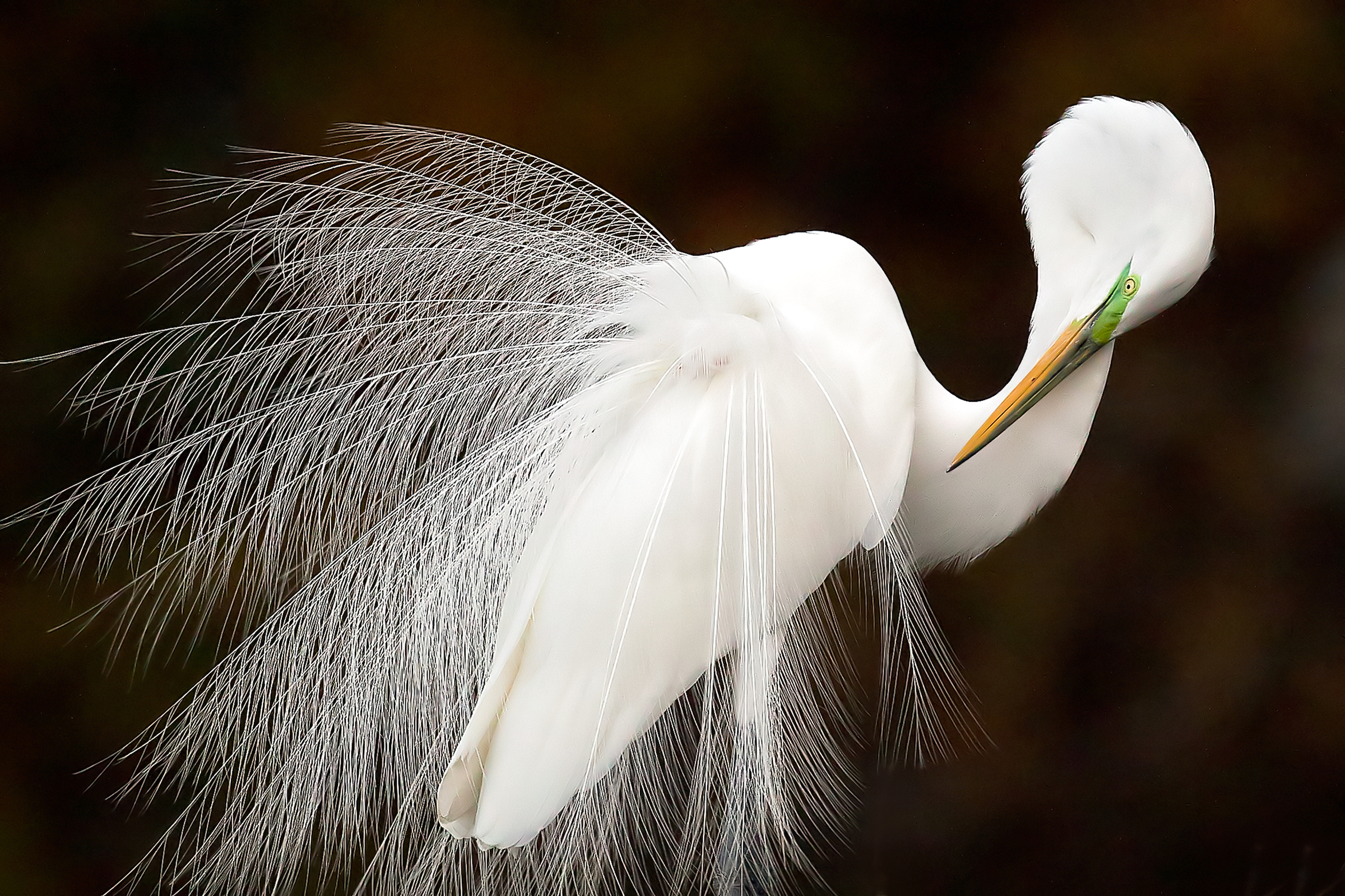 The striking plumage of great egrets (Ardea alba) made them prime targets for Victorian feather hunters, who brought the birds to the brink of extinction in the 19th century. The plight of these elegant creatures, however, helped launch some of North America’s first laws to protect birds, such as the Migratory Bird Act of 1918. With these protections in place, great egret numbers recovered quickly. Today, the feathers once prized by the fashion industry have become symbols of nature’s resilience. Melissa Groo took this photo of a great egret in full mating plumage in Florida. 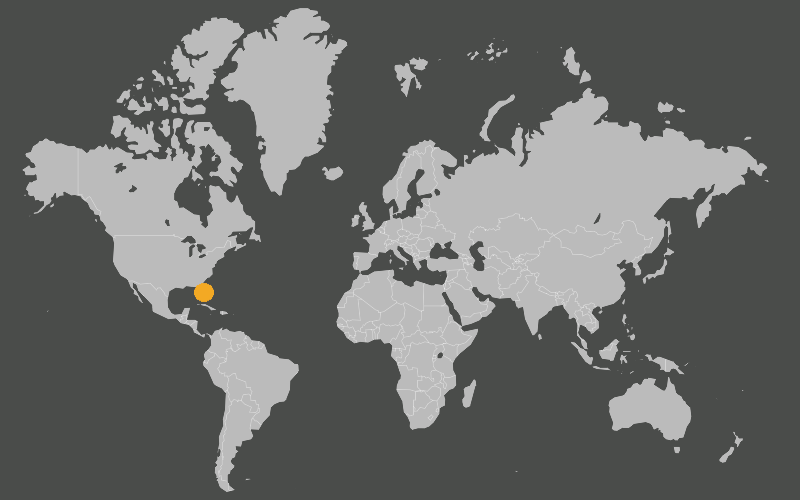 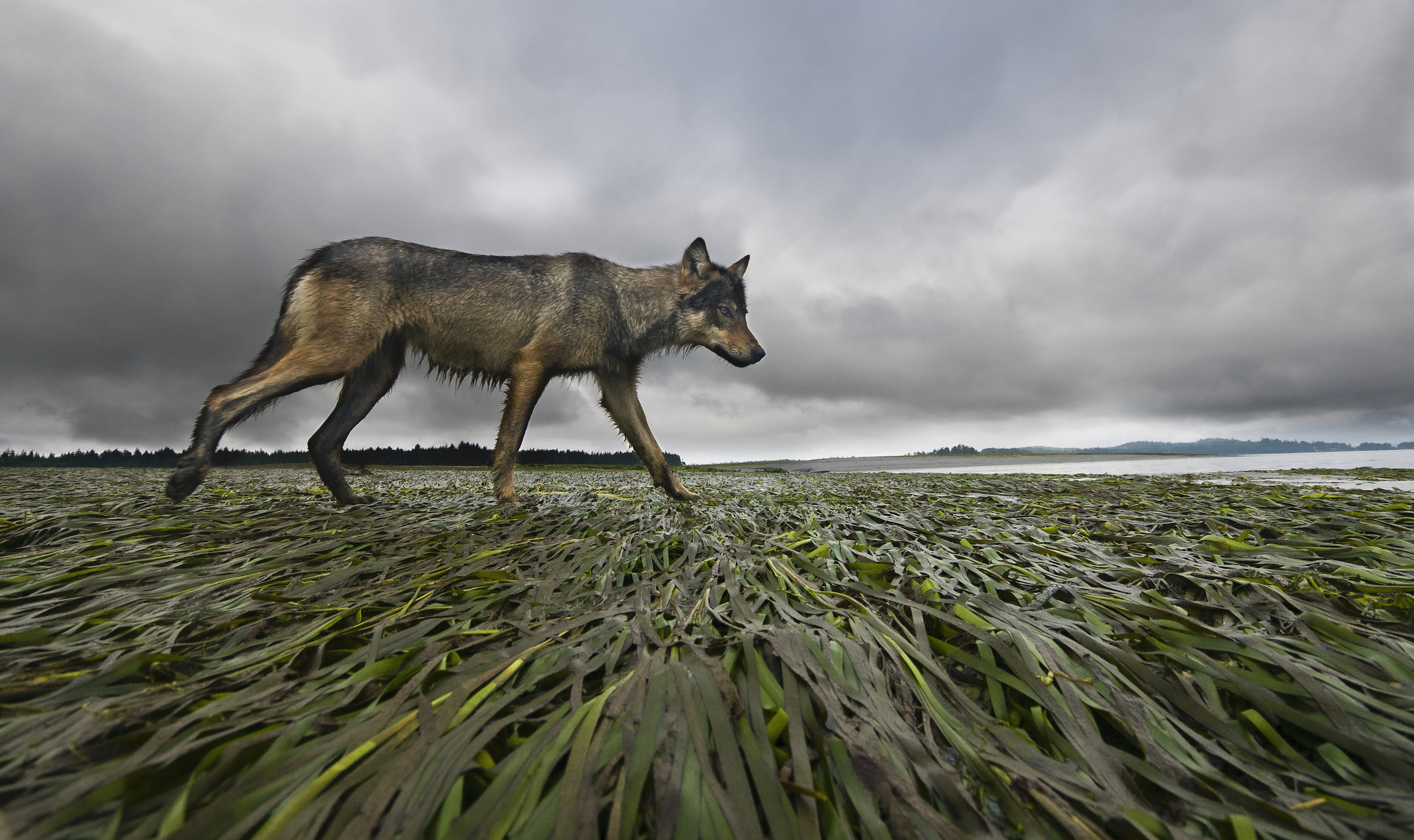 5/12
The Saga of the Sea Wolf
by Bertie Gregory

Along the waterlogged west coast of Canada, a genetically and behaviorally distinct population of wolves lives as much in the ocean as on land. These “sea wolves” hunt seals and salmon, can swim up to six miles between islands, and have long been recognized by First Nations as an entirely different animal from interior gray wolves. Yet because wildlife managers don’t recognize coastal gray wolves (Canis lupus columbianus) as a unique subspecies, the canines can be hunted despite their relative rarity. That’s exactly what happened to the female wolf in this photograph by 26-year-old British filmmaker Bertie Gregory. A resident of British Columbia’s Vancouver Island who said he was protecting his town’s pets shot her dead. “If we are lucky enough to live in wild places,” says Gregory, “then we must accept that this privilege comes with the responsibility to live alongside [wild animals].” 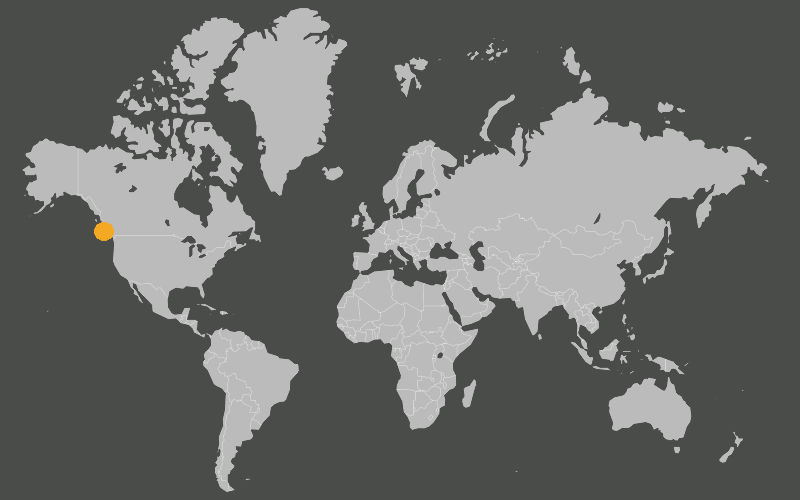 Hummingbirds are marvels of avian engineering. Some species can flap their wings 100 times per second. Others can hover in place for 30 seconds at a time. Still others can fly backwards, make complex and sudden turns mid-flight, and dive at speeds of 55 miles per hour—sometimes while weighing less than a penny.

To learn more about the biomechanics behind these feats of flight, photographer Anand Varma teamed up with several scientists to capture high-resolution videos of hummingbirds in wind tunnels, clouds of fog, and against hypnotically-patterned backdrops. The experiments not only revealed secrets of hummingbirds’ aerodynamics; they also provided useful information for engineers who use biomimicry to design drones, robots and other machines. Here, an Anna's hummingbird (Calypte anna) hovers below a makeshift fog machine used to study the airflow around its wings. 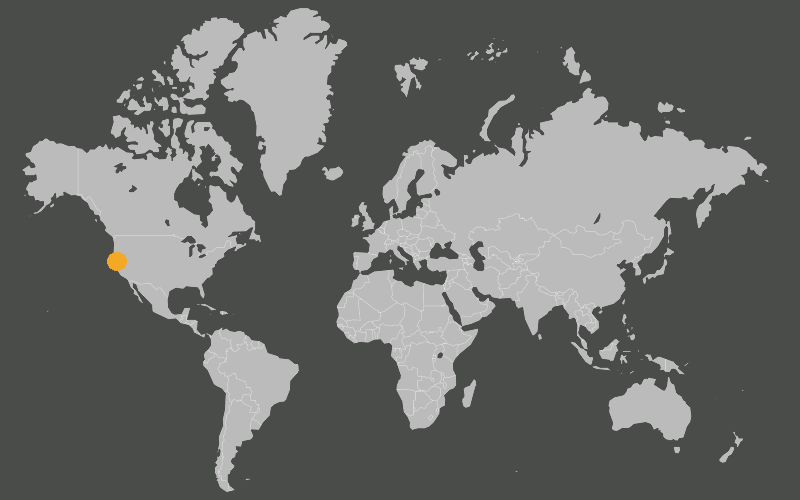 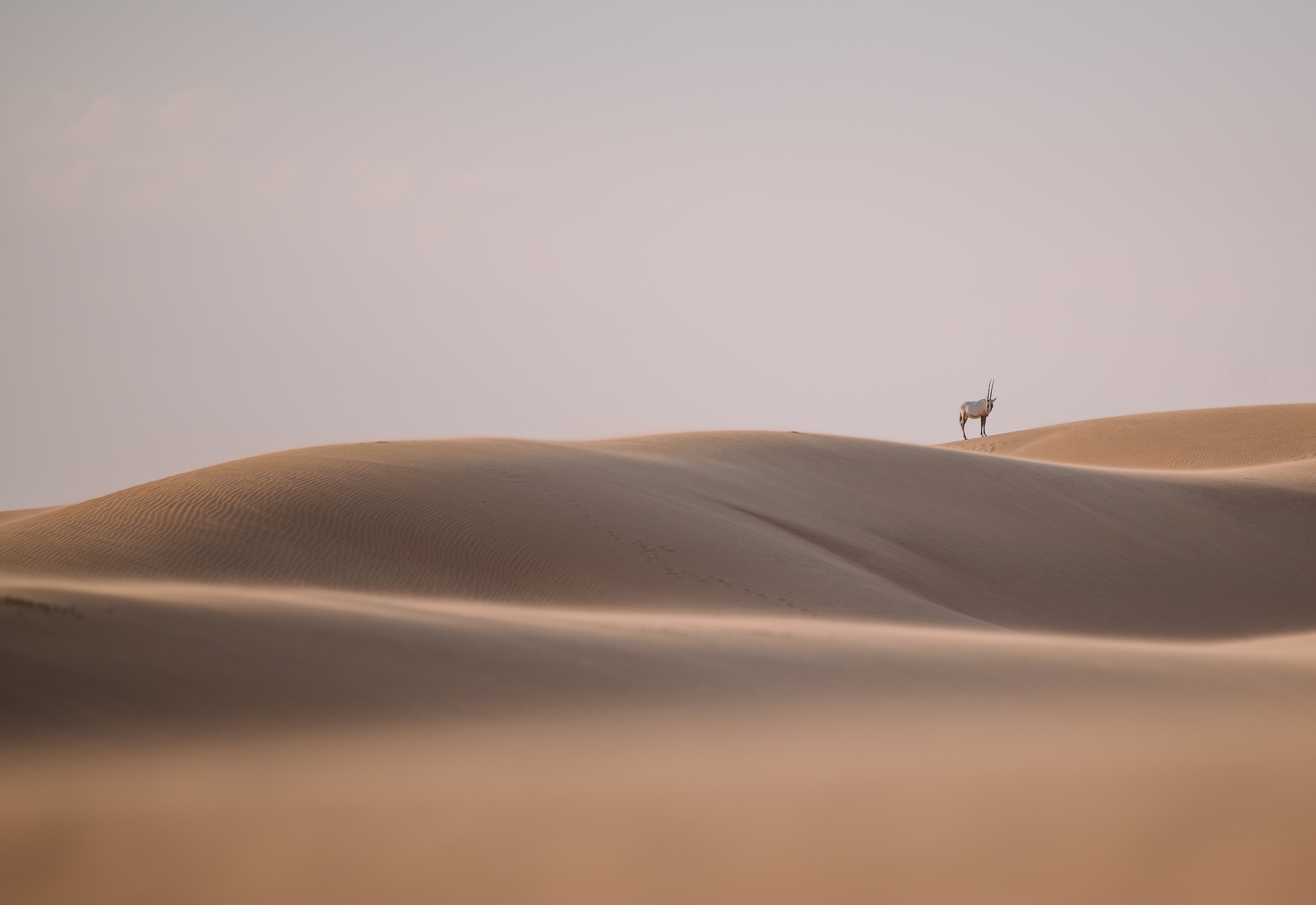 The Arabian oryx (Oryx leucoryx) historically roamed much of the Middle East. These desert bovids can go weeks without water and detect rainfall from miles away, following the scent to find fresh plant growth to nibble. But their remarkable adaptations were no match for the large-scale hunts undertaken by Saudi royalty and oil executives in the mid-20th century. By the 1970s, the species was extinct in the wild.

Fortunately, thousands of oryx remained in zoos and private reserves, and conservationists used these animals to reintroduce the oryx to the Arabian peninsula’s deserts. Today, more than a thousand Arabian oryx again run wild, including this one photographed by Marion Payr. Payr hopes that the story of the oryx will remind people that despite the dire threats faced by animals around the world, it’s still possible to reverse course and “take a different path to protect and preserve those unique species of our planet.” 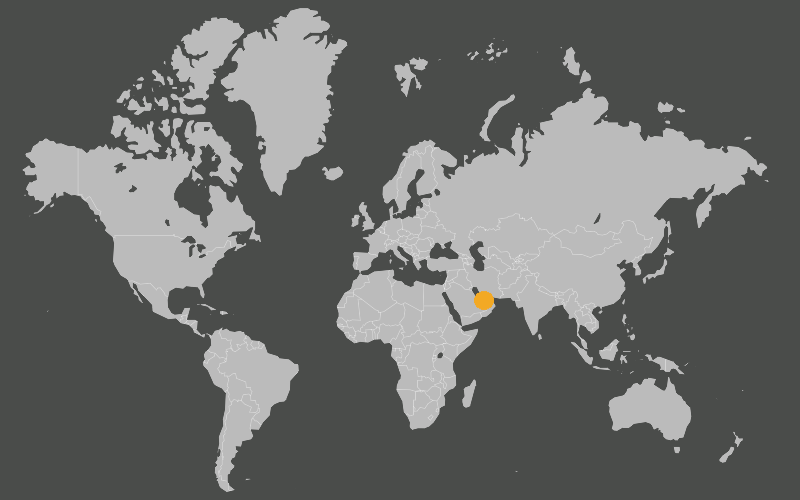 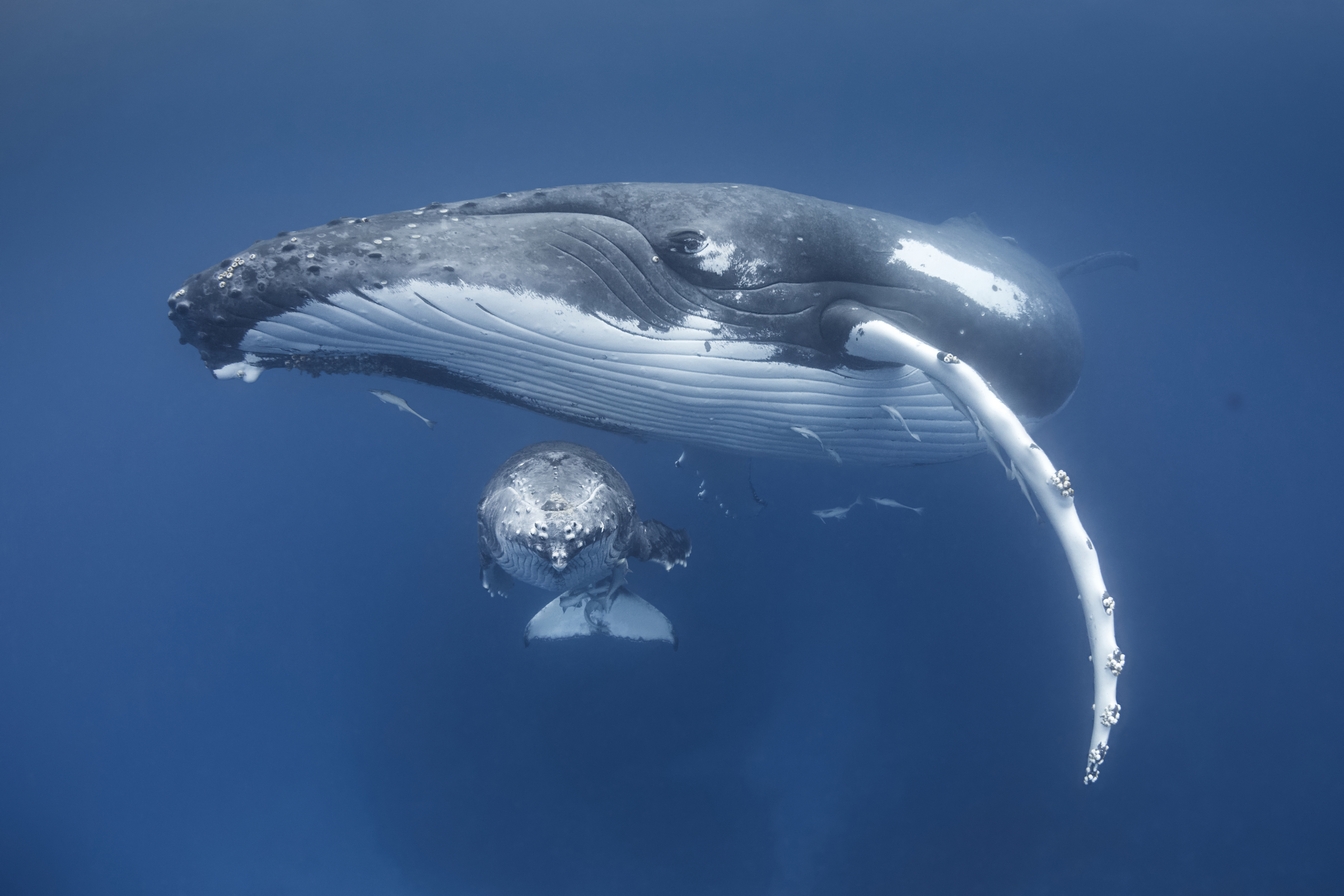 8/12
Curiosity and Caution
by Tony Wu

Humpback whales (Megaptera novaeangliae) are known for their haunting, melodic songs, which reverberate through the ocean for miles. And why not? Humpbacks’ enormous size means they have no natural predators, so calling attention to their location doesn’t usually invite harm.

The same can’t be said for baby humpbacks, which are just 15 feet long at birth and make a fatty snack for killer whales. That may be why mother and baby humpbacks—like this pair photographed by Tony Wu—have developed their own quiet language; a sort of “whale whispering” that can’t be heard more than 350 feet away, according to research published in 2017. The grunts and murmurs let calves communicate with their mothers without being found by killer whales or male humpbacks, and may also help calves and mothers stay close during 5,000-mile migrations. They could also help explain why humpbacks are so sensitive to marine noise pollution. 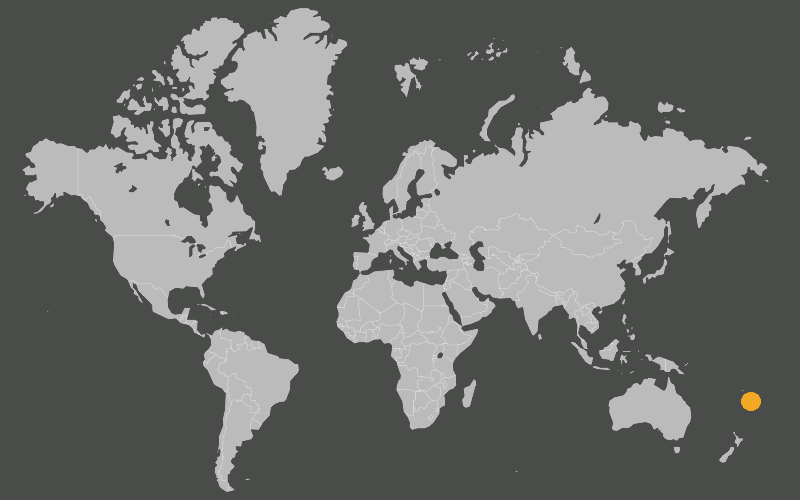 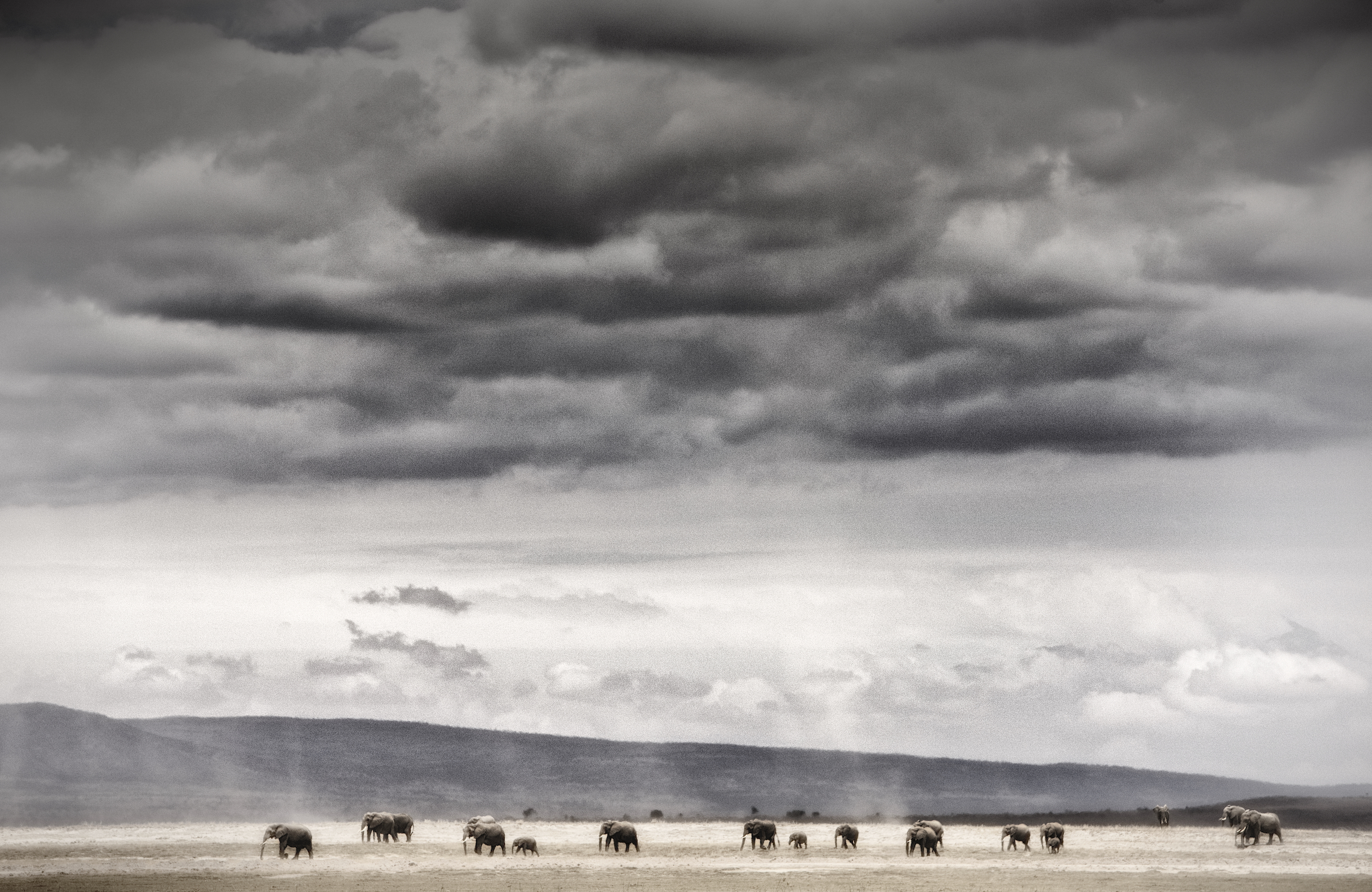 The world’s largest land animals, African elephants (Loxodonta africana) profoundly impact the ecosystems they call home. As they walk across the land looking for food and water, they trample vegetation to make room for new plants to sprout, scatter seeds through their dung, and even dig water holes and create trails that other animals rely on. But amidst a surge of poaching, these giant mammals are at risk—and so are webs of life that depend on them. While 3 to 5 million African elephants roamed the African continent just a century ago, today only 415,000 remain. Of those, an estimated 35,000 are killed each year for their tusks. Beverly Joubert photographed this herd returning from the marsh in Kenya’s Amboseli National Park, crossing the dry country in search of food. 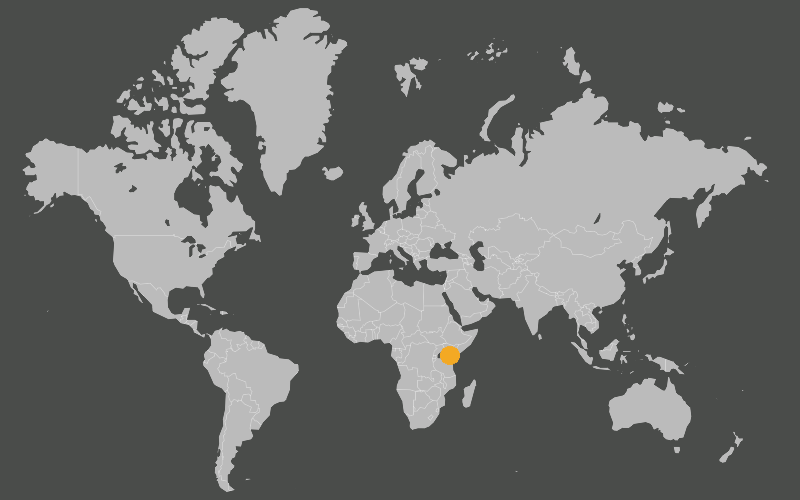 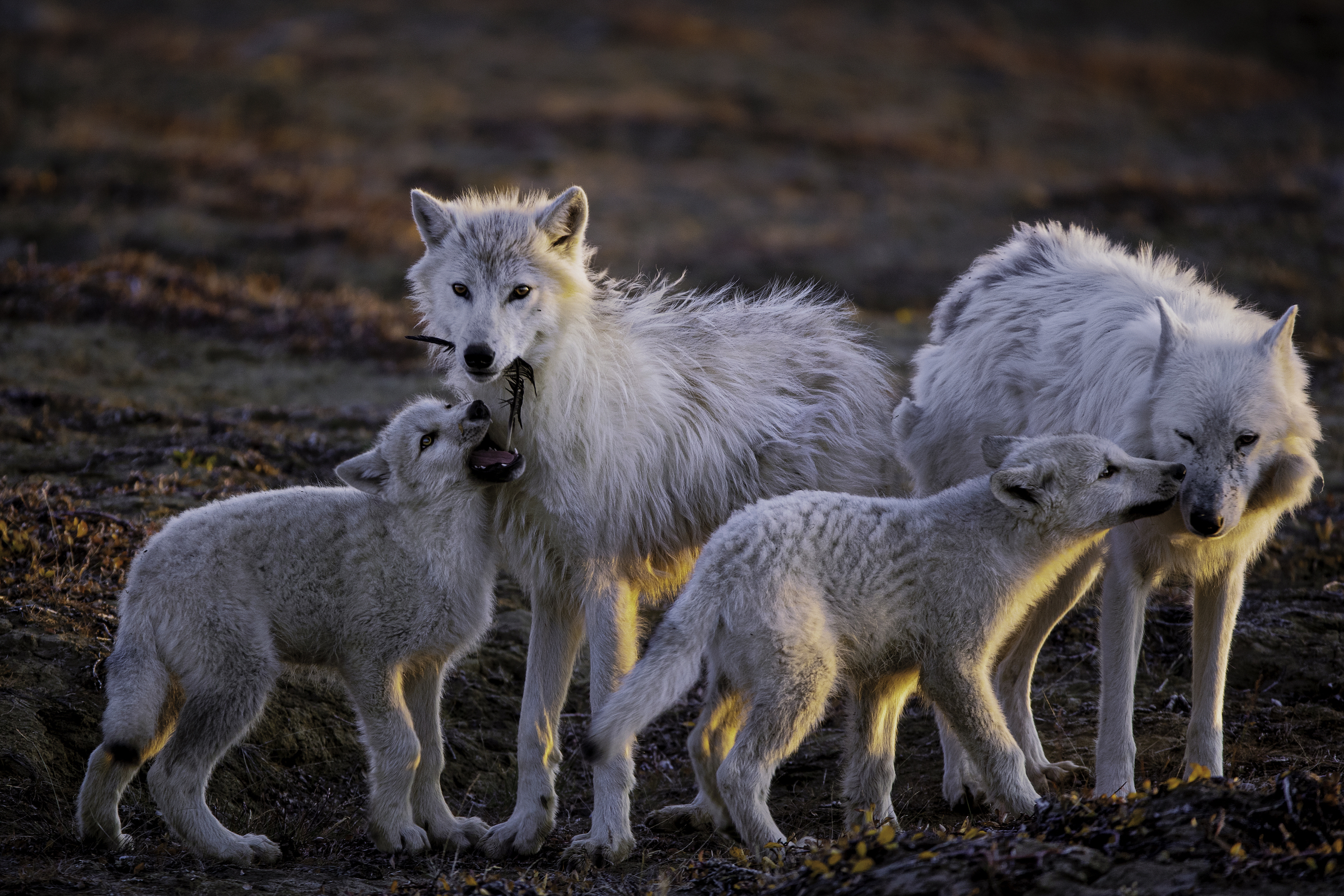 Just below the North Pole, the wolves of Canada’s Ellesmere Island survive against all odds. In this frozen land, the animals spend months each winter enveloped in darkness and frigid temperatures, bringing down animals like musk ox that are nine times their size. Recent genetic analysis has revealed that the wolves of Ellesmere Island and northern and eastern Greenland may be a distinct population that’s been isolated from other groups of Arctic wolves (Canis lupus arctos) for many generations. Ronan Donovan captured this playful scene of an aging Ellesmere Island matriarch, White Scarf (far right), and members of her pack. After the last kill she was known to take part in, White Scarf made sure the pups ate first—then disappeared into the tundra. 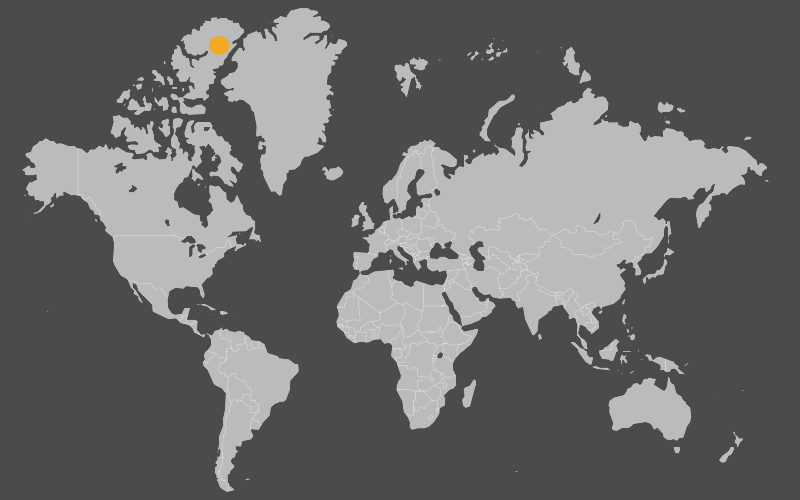 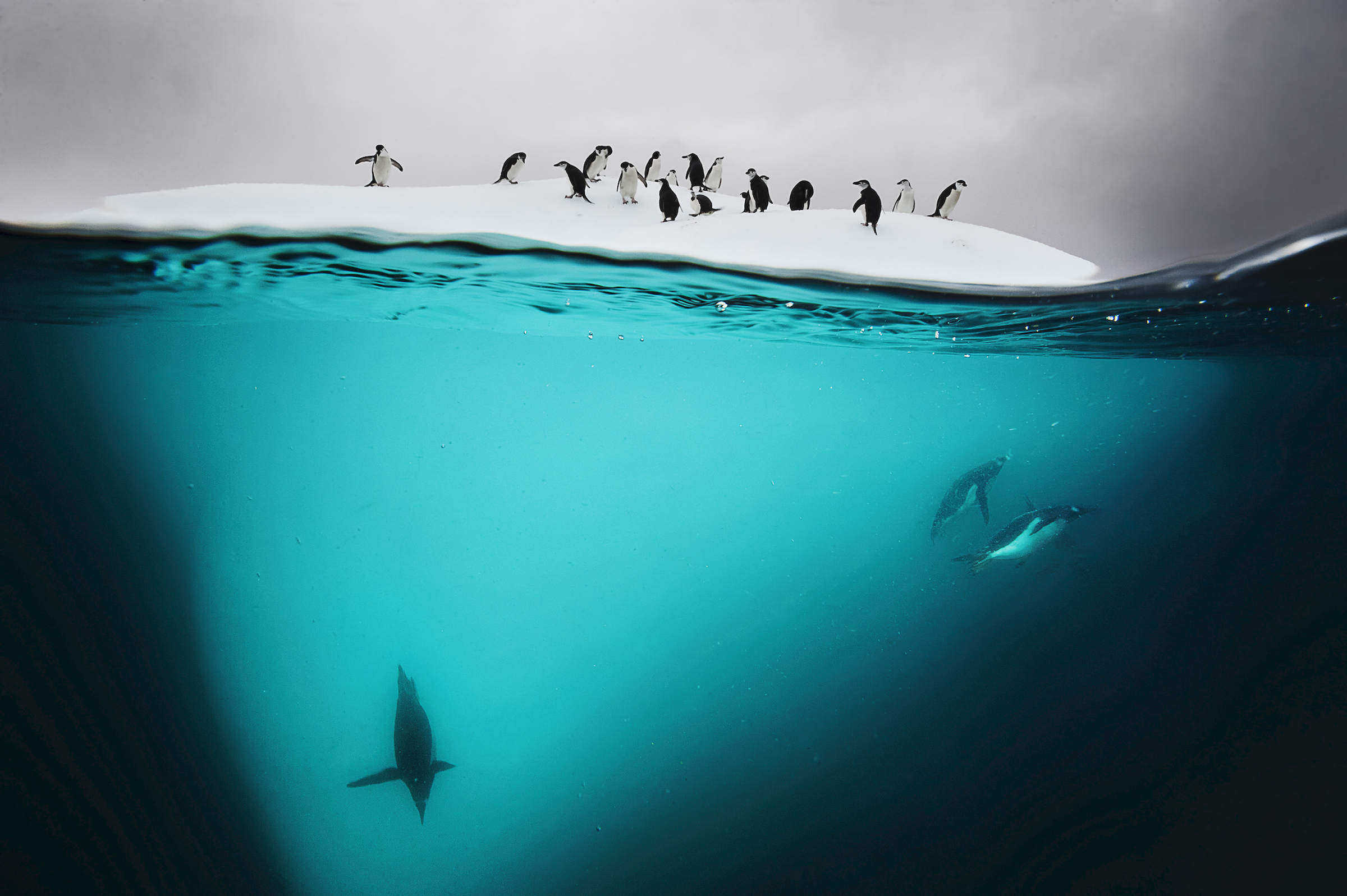 11/12
A Tale of Two Penguins
by David Doubilet

The two species of penguins sharing this island of ice might look alike, but research suggests that their fates may diverge sharply in the face of global warming. As sea ice around the Antarctic Peninsula melts, populations of chinstrap penguins (Pygoscelis antarcticus) are declining because the krill they feed on is also declining. Meanwhile, gentoo penguins (Pygoscelis papua) are thriving because they’re less dependent on krill, and because the melting sea ice provides them with more dry land for breeding. To get this shot, photographer David Doubilet waited in the icy water near Danco Island, Antarctica, until the resting penguins grew comfortable enough with his presence to dive into the water. 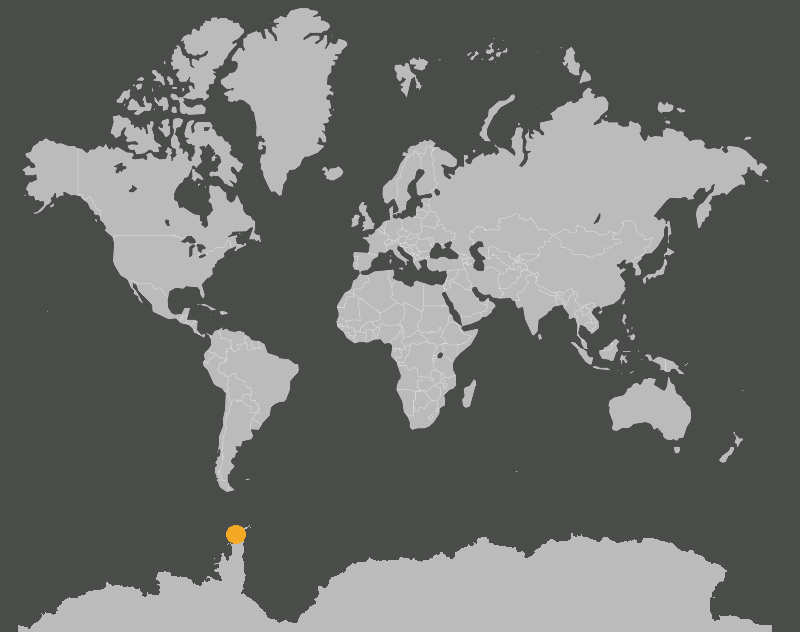 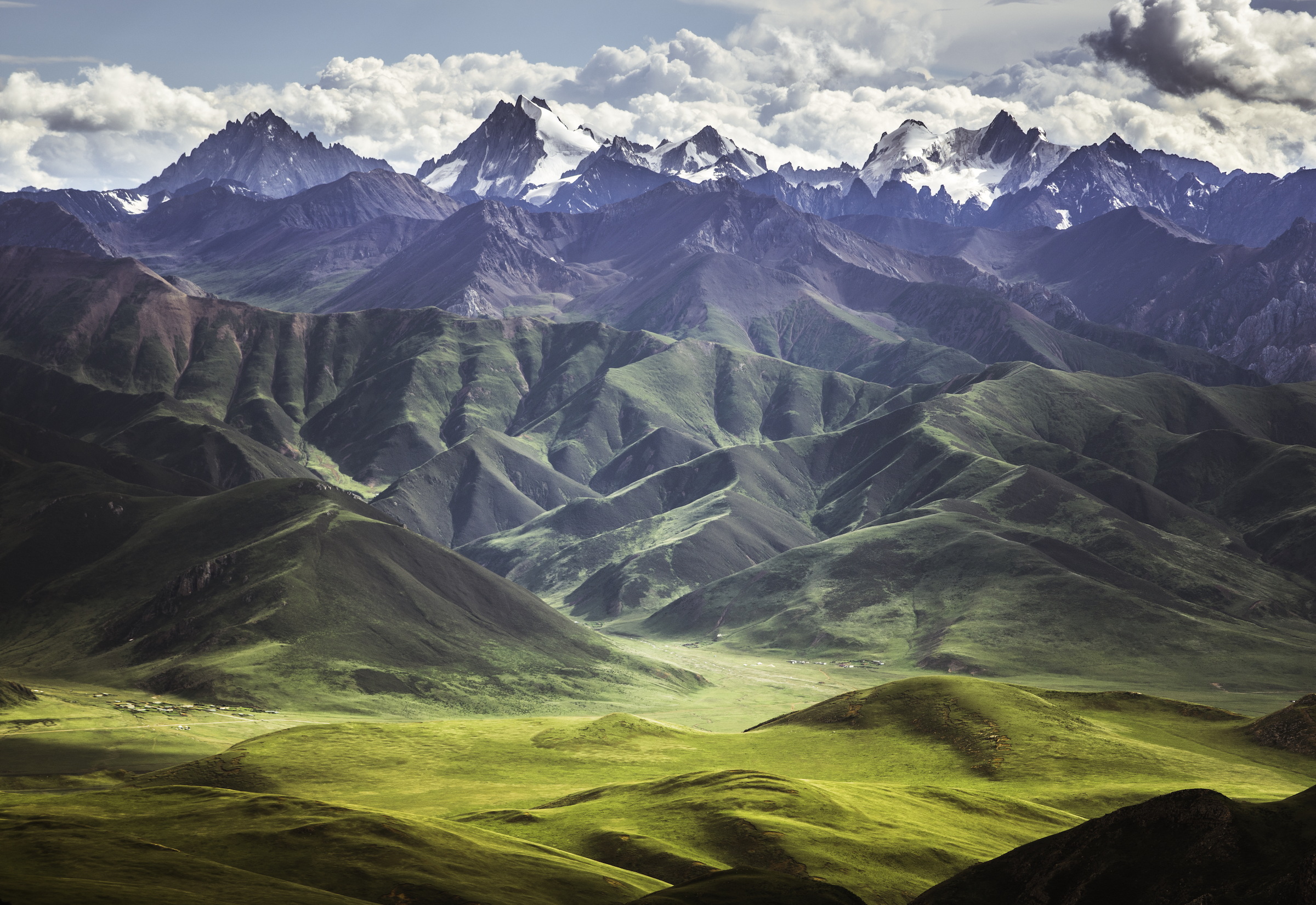 12/12
Birthplace of Rivers
by Kyle Obermann

The Yangtze, Yellow, and Mekong rivers all arise from a part of the Tibetan Plateau known as Sanjiangyuan—“the source of the three rivers.” Designated as China’s first national park in 2016, Sanjiangyuan is as big as North Korea and is home to a dazzling array of wildlife, including snow leopards (Panthera uncia), blue sheep (Pseudois nayaur), white-lipped deer (Cervus albirostris), alpine musk deer (Moschus chrysogaster), Rhesus monkeys (Macaca mulatta), Chinese mountain cats (Felis bieti), wild yak (Bos mutus), Tibetan wild asses (Equus kiang), and leopards (Panthera pardus). The park also represents a new model for Chinese conservation; one that enlists the help of local Tibetans to help protect the myriad wildlife with whom they share their home. Kyle Obermann photographed the vibrant landscape around the holy massif of Jiangjiaduode within the park. 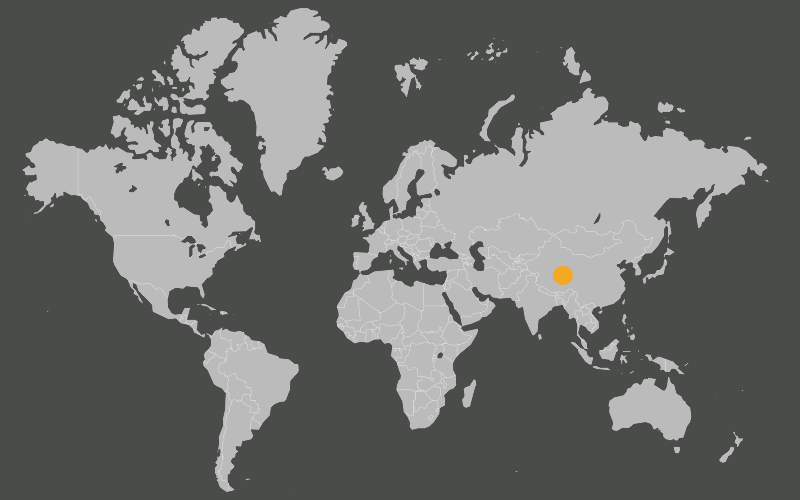 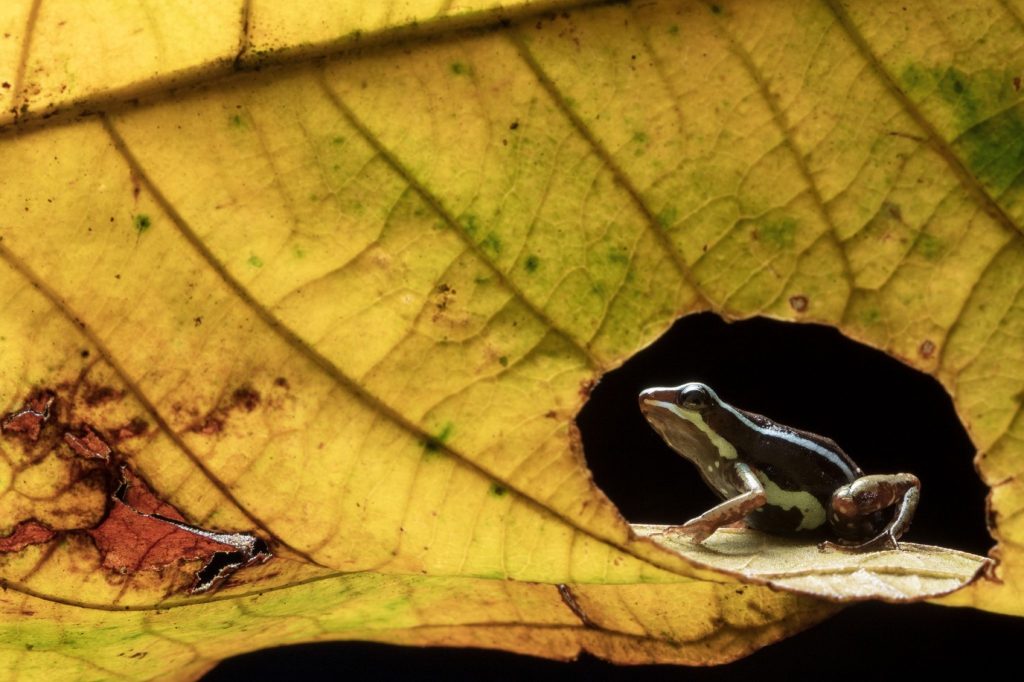 Framed Frog 09.19.2017 Spotlight - Portrait-worthy for more than just its beauty, this toxic frog may revolutionize our approach to pain management. 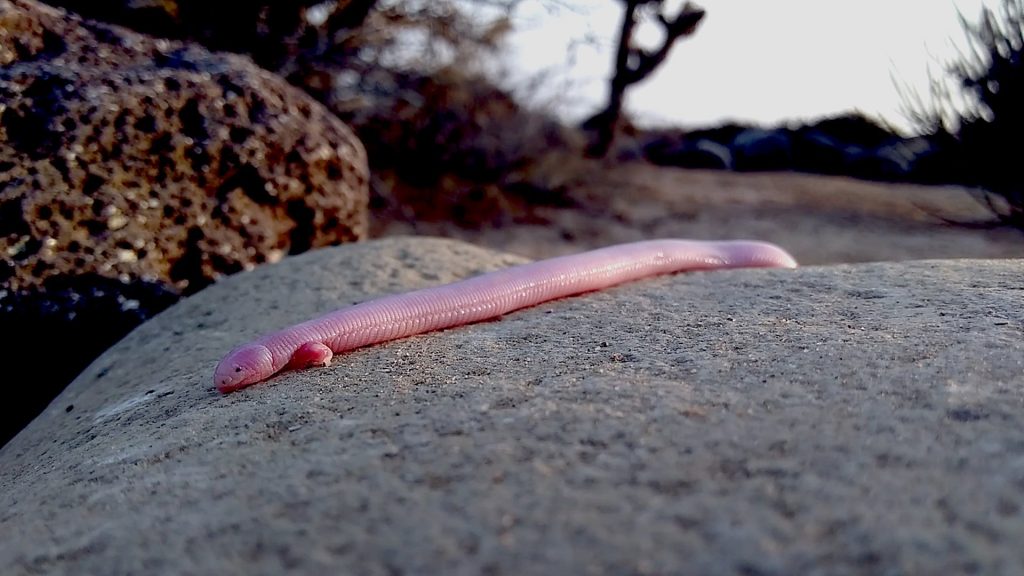 Bipes Aren’t Coming for You 07.26.2017 Video - A mysterious worm lizard squirms its way out of the Baja sand and straight into our hearts. 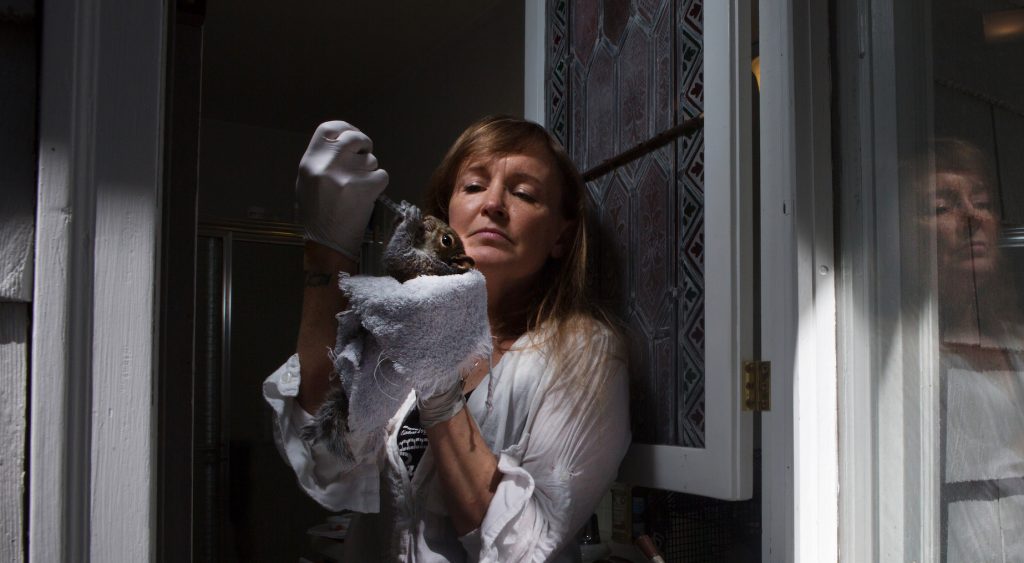 The Other COVID Nurses 01.01.2021 Photo Essay - Caring for sick and injured wildlife has always been challenging, but during the pandemic, for many rehabilitators, it has become a grueling, 24/7 labor of love.
Art Conservation People Photography Places Wild Life