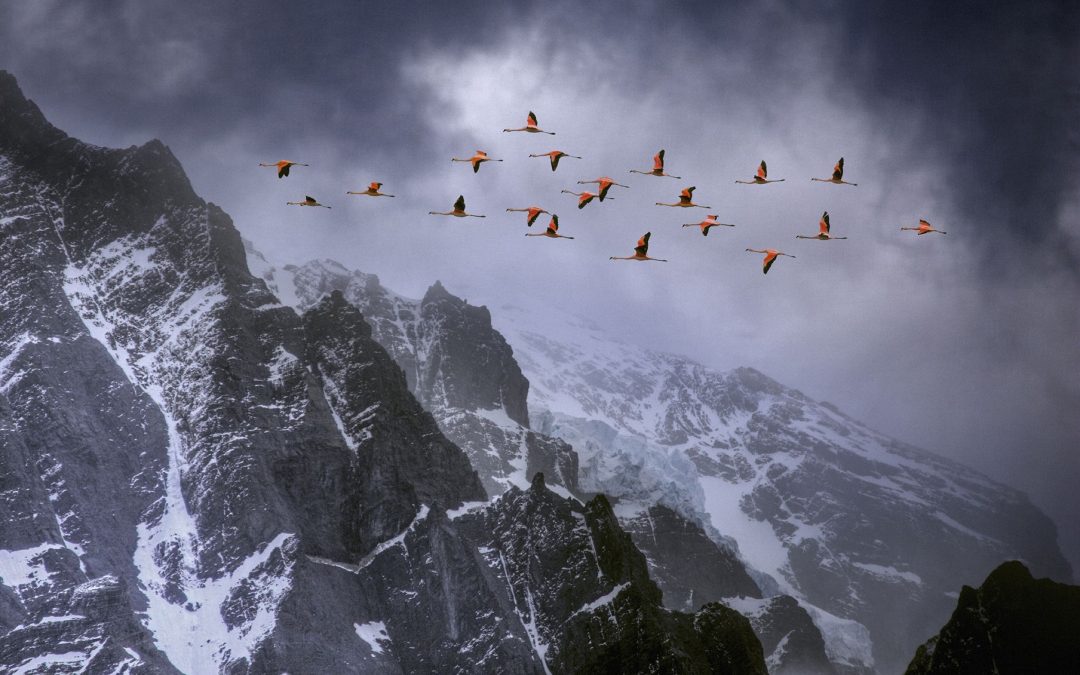 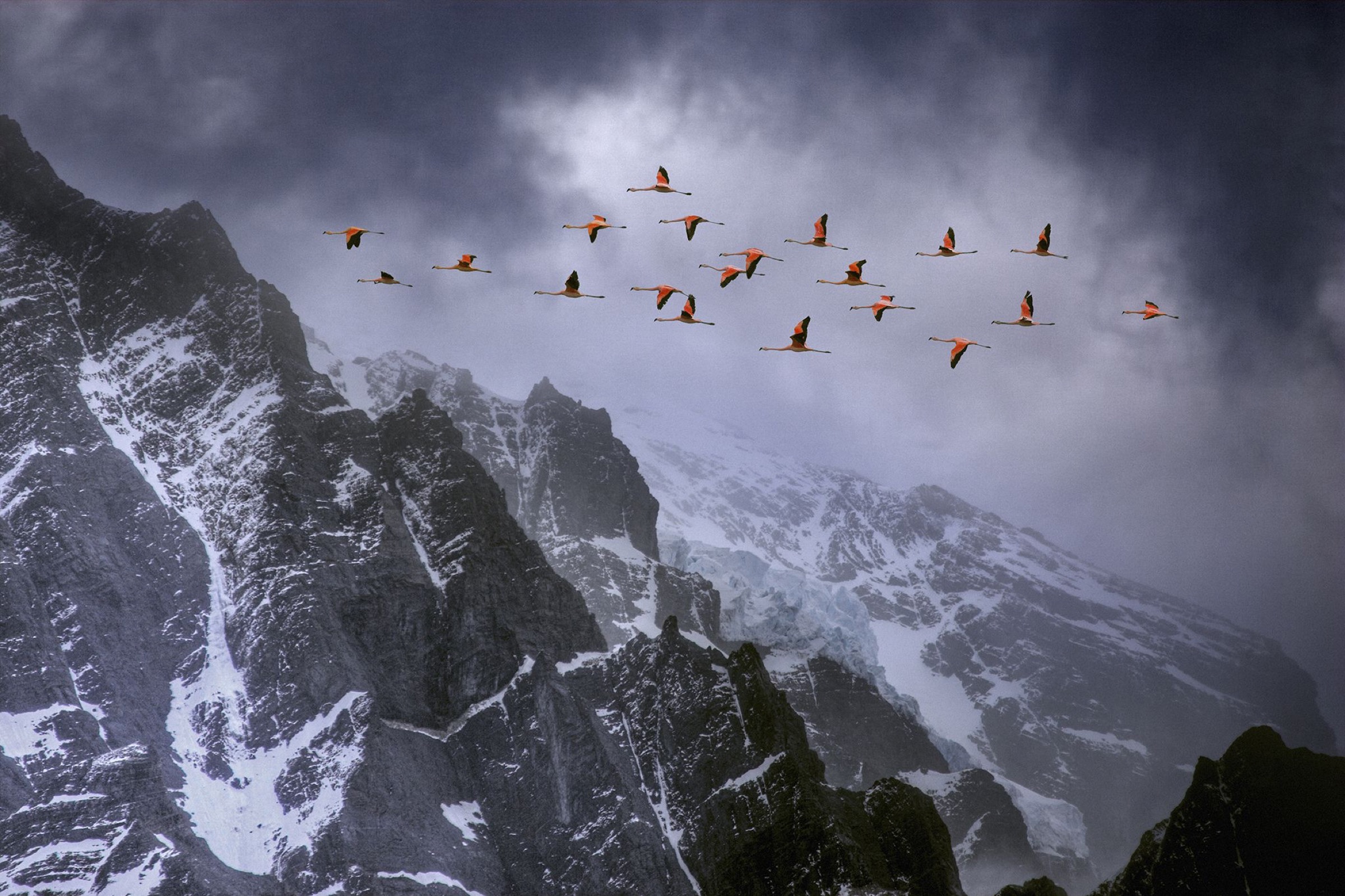 A flock of Chilean flamingos (Phoenicopterus chilensis) climbs skyward against a backdrop of Andean crags and glaciers. It seems an unlikely setting for a wading bird more commonly associated with coastlines and shallow lakes—not to mention zoos and manicured parks—but it’s not as unusual as one might think.

There are approximately 300,000 Chilean flamingos (one of six flamingo species—four in the Americas and two in the Old World) spread across western South America, from Ecuador to Patagonia. While they are frequently found along coastlines, some groups also venture high into the Andes—to elevations up to 4,500 meters (nearly 15,000 feet). Here, the birds find high-elevation lakes and mud flats where they wade and filter-feed on tiny zooplankton suspended in the water.

These salty and alkaline habitats host great numbers of brine shrimp (Artemia sp.) and other invertebrates. The abundance of such tiny prey has to be high to support flocks of flamingos that can number in the thousands in some locations. Indeed, scientists have found that the presence of flamingos, as well as the birds’ reproductive success, is closely linked to invertebrate abundance. And one factor influences the availability of flamingo prey more than any other: the presence or absence of fish. Scientists have found that the introduction of fish into flamingo habitats where they haven’t previously existed can dramatically impact the birds’ populations, since the fish and birds compete for the same food sources.

Fish, of course, are not the only threats Chilean flamingos face. Habitat loss and degradation from mining and irrigation practices are also a concern. According to the International Union for Conservation of Nature (IUCN), egg harvesting and hunting are significant threats as well. In light of this, and the predicted decline of Chilean flamingo populations without intervention, the organization has listed the species as Near Threatened. Protected areas like Chile’s Torres Del Paine National Park, where this photo was taken, provide assurances that critical habitats will continue to offer the species safe haven. 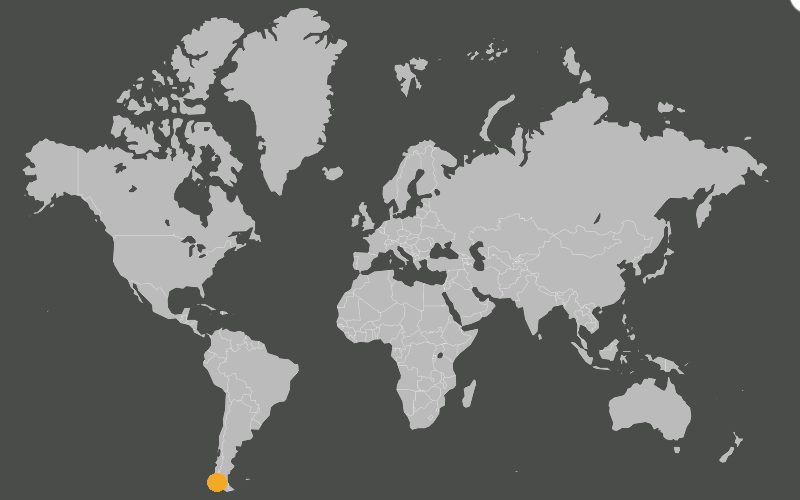 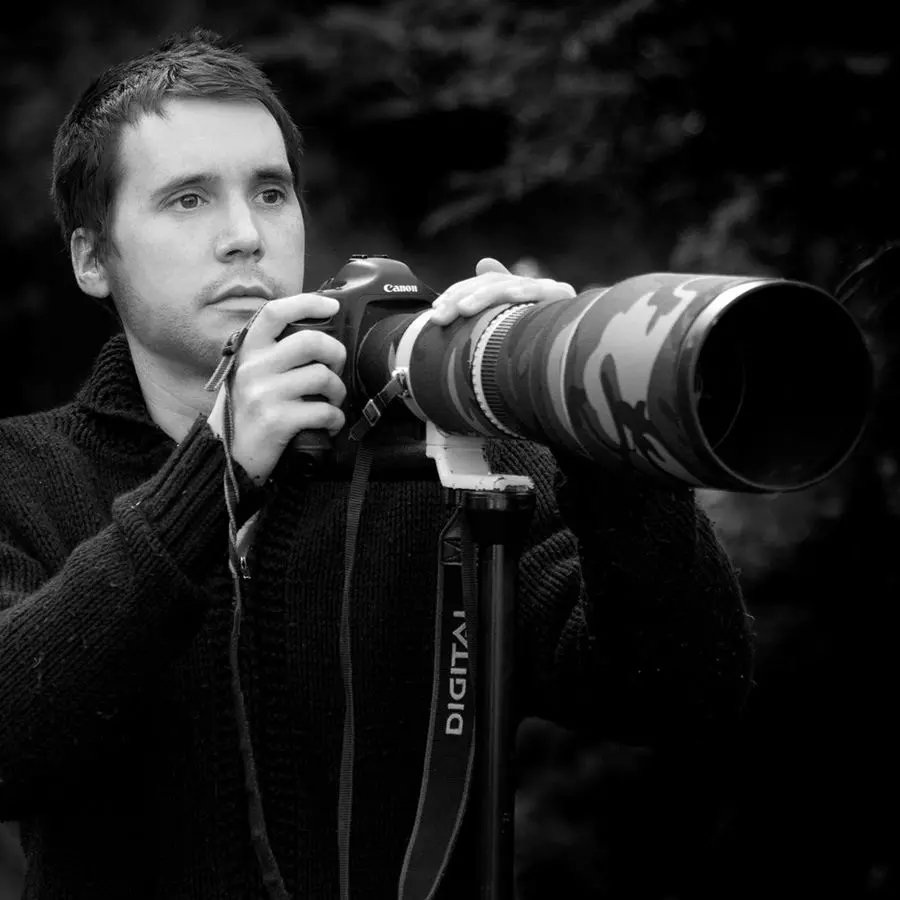 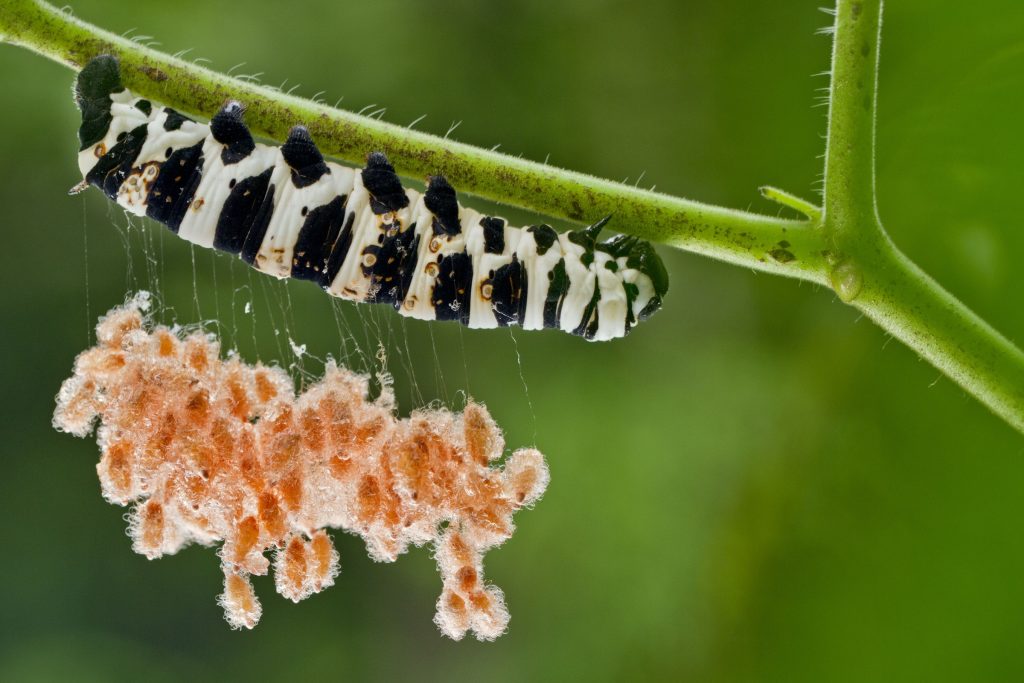 It’s a Wasp-Eat-Caterpillar World 09.11.2018 Spotlight - Shockingly, being eaten alive by dozens of hungry wasp larvae may have its advantages. 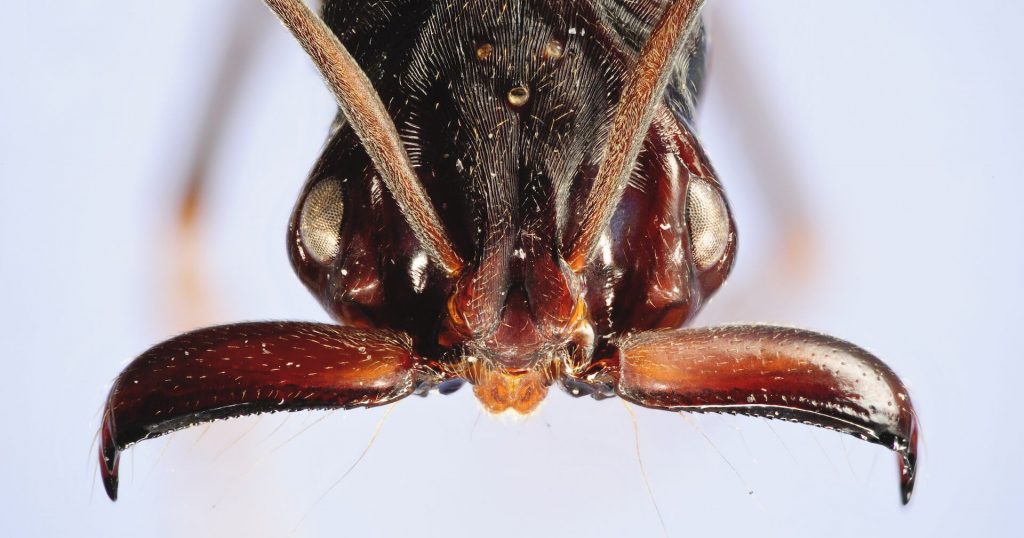 Lens of Time: Jaw Jumpers 07.30.2019 Video - Sometimes the best solution to a sticky situation is a quick escape, and few escapes are faster than a trap-jaw ant’s. 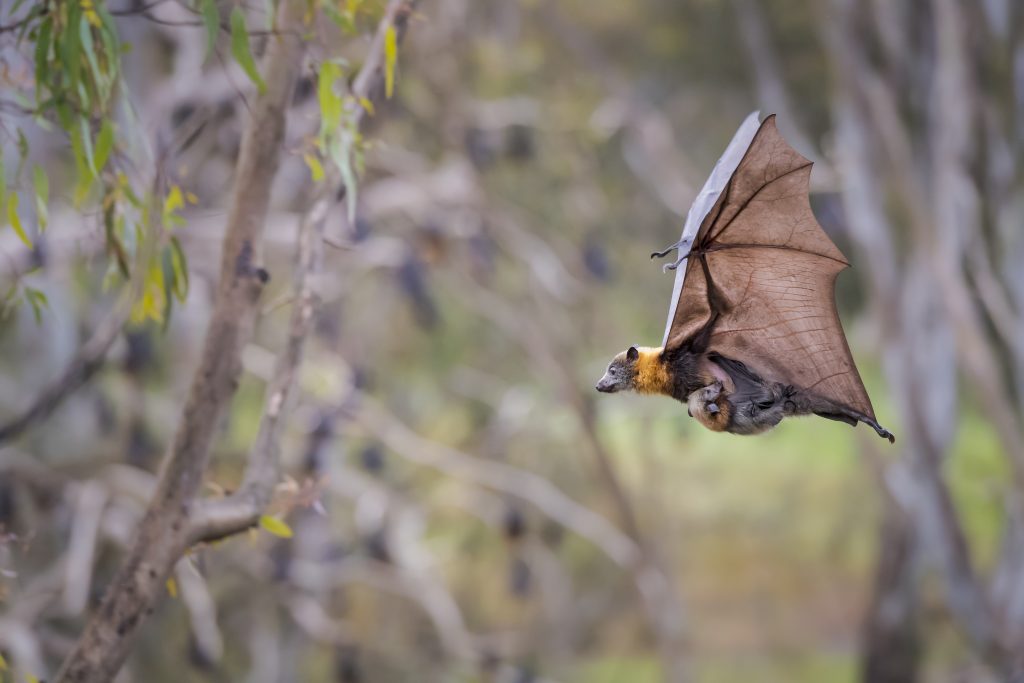 Mother Load 12.11.2020 Spotlight - Multitasking bat moms carry their nursing pups underwing all while navigating a growing array of threats in the Australian forests they call home.