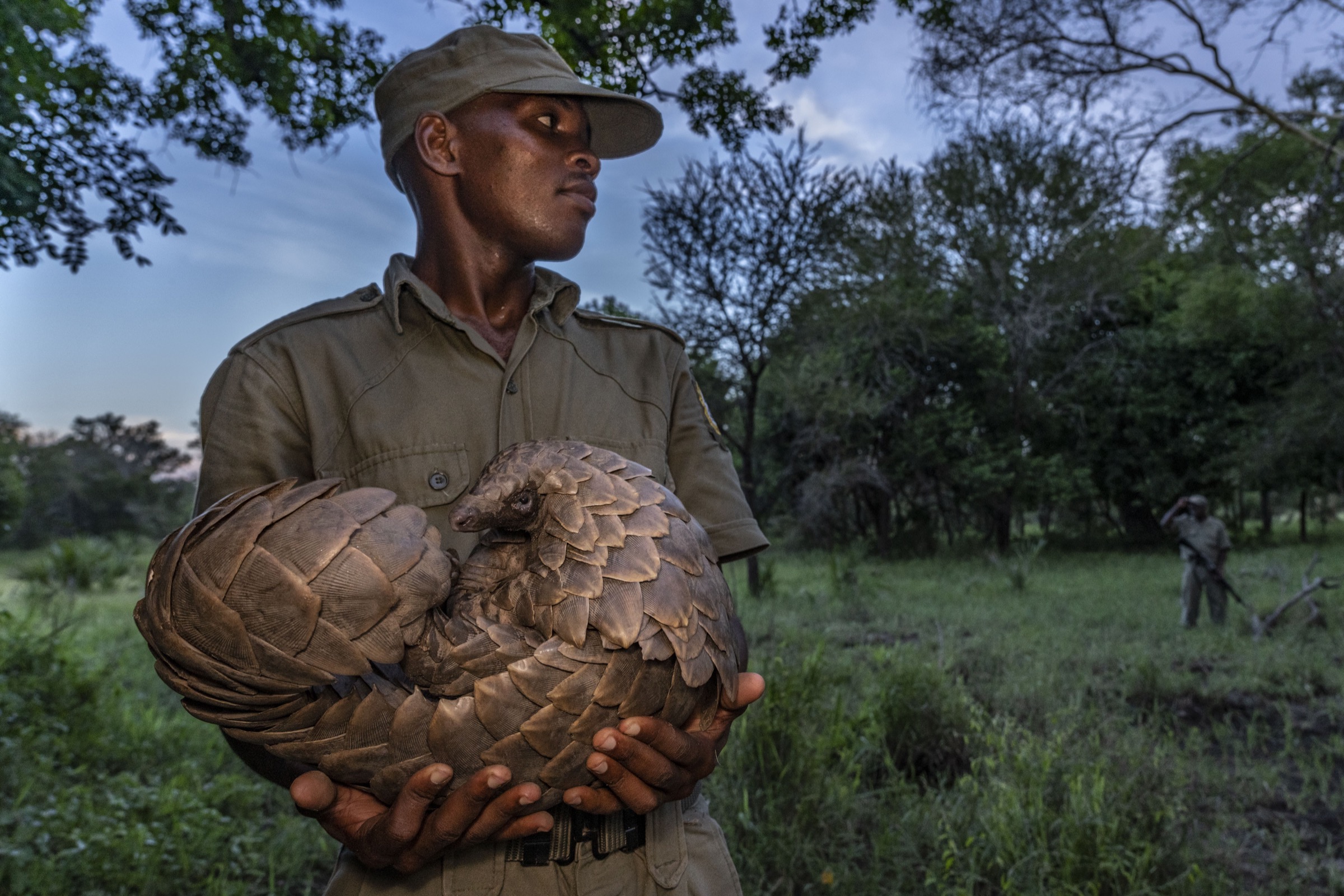 Under the watchful eye of one of his fellow rangers, Jose Liva Simbe bends down and gently scoops up his charge—a ground pangolin (Smutsia temminckii) rescued from poachers earlier this year that is now being rehabilitated in Mozambique’s Gorongosa National Park. Having completed their daily termite-foraging walk, it’s time for Simbe to return the pangolin to the safety of the rehabilitation center, and he does so like a protective father. Scientist and photographer Jen Guyton, who had accompanied the pair in order to document the animal’s unique scale patterns and create a record that can be used to track its survival, was on hand to capture this tender moment. “I was struck by how carefully he held the creature—and how peacefully it sat in his arms,” she says.

All eight known species of pangolin are threatened with extinction, according to the International Union for Conservation of Nature (IUCN), mainly due to increasing demand from China and Vietnam for pangolin meat and body parts. At luxury restaurants and banquets in these markets, high-priced dishes like pangolin hotpot and pangolin fetus soup are ordered to confer status and close business deals. And in shops offering traditional medicines, pangolin scales are marketed as the cure to a wide variety of ailments, including skin diseases, asthma, and ulcers—despite the fact that they are made from the same material as human fingernails. There they sell for an average of $750 per kilogram. In recent decades, the four Asian pangolin species have been hunted to near extinction to feed this demand and, as a result, poaching pressure on African pangolins has begun to skyrocket.

Fortunately, the pangolins in Gorongosa National Park are protected by 260 rangers who, like Simbe, are deeply committed to keeping the park’s animals safe. These men and women, selected from the local communities around Gorongosa, are rigorously trained in both conservation and law enforcement, and have proven to be exceptionally effective—not just at patrolling park grounds, but also at shifting perspectives in their home communities. In the past few years, dozens of perpetrators involved in poaching operations have been caught and prosecuted, and the number of snares and traps within park boundaries has declined by more than 60 percent. “I admire Gorongosa’s rangers so much,” says Guyton. “These men and women put their lives on the line every day to protect wildlife.” Thanks to their dedication, pangolins like this lucky individual stand a much better chance of escaping a dinner plate and living the rest of their lives in the relative safety of the park. 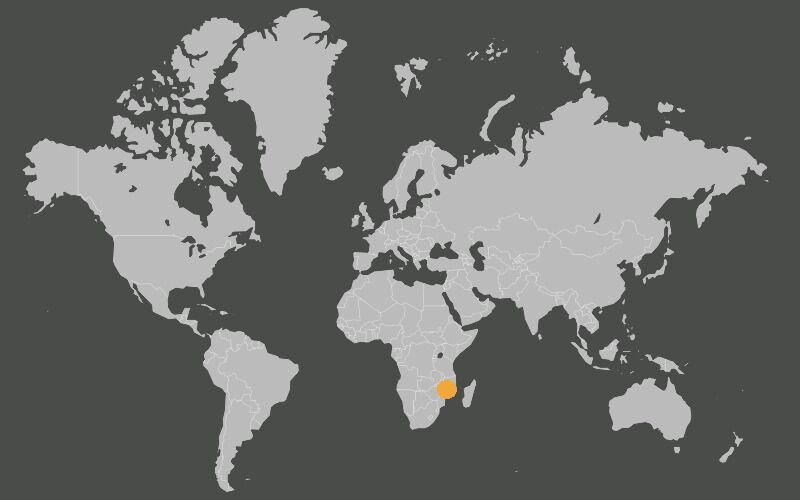 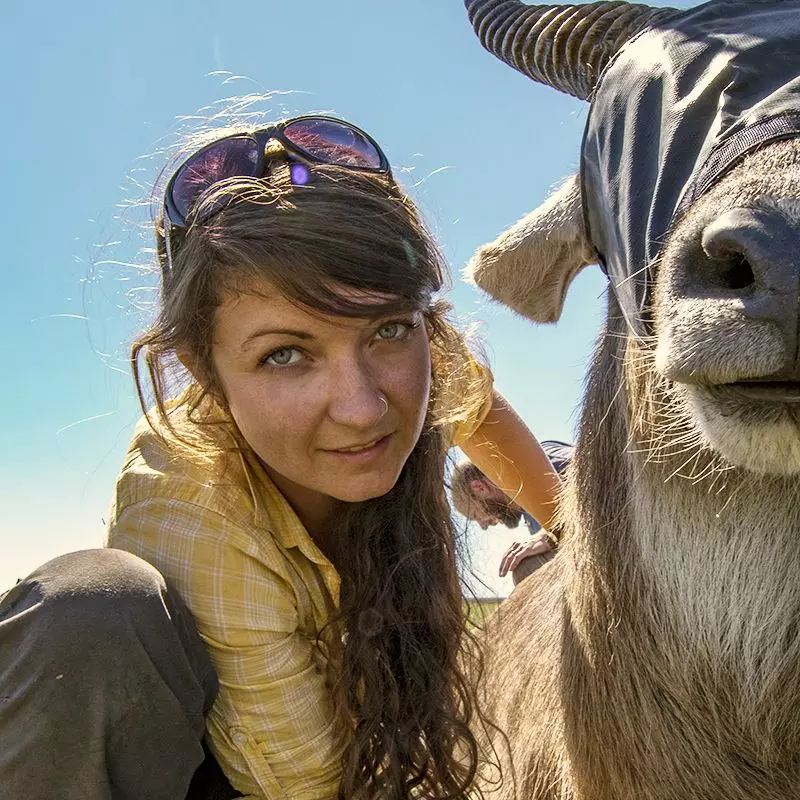 Jen Guyton is a National Geographic Explorer, photographer, and ecologist based in Gorongosa National Park. She is working on her Ph.D. in Ecology and Evolutionary Biology at Princeton University. You can see more of Guyton’s work at www.jenguyton.com. 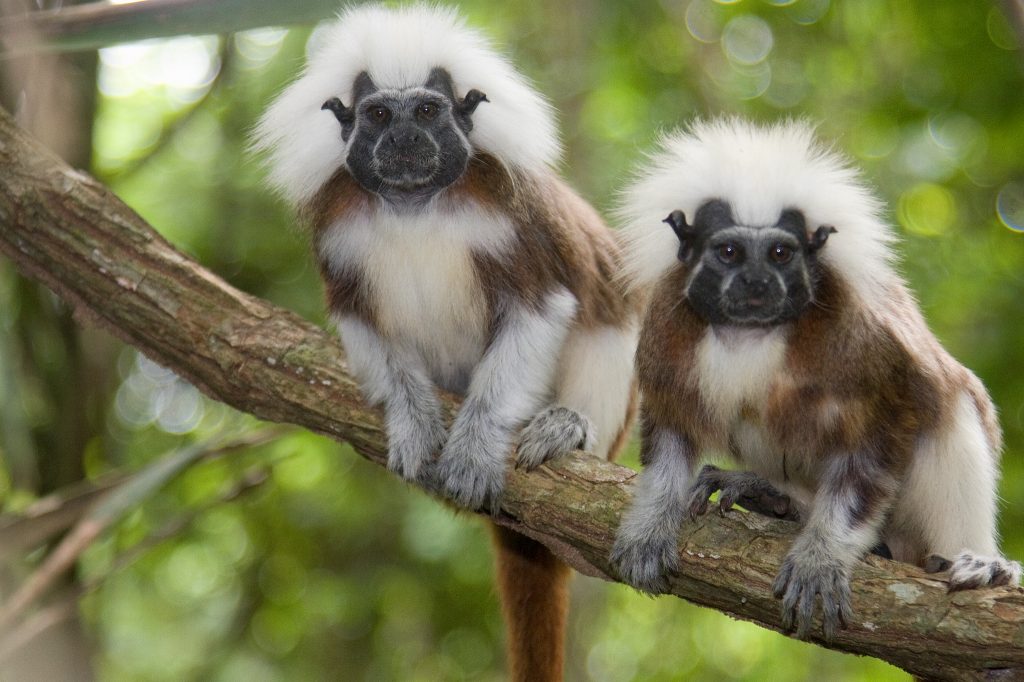 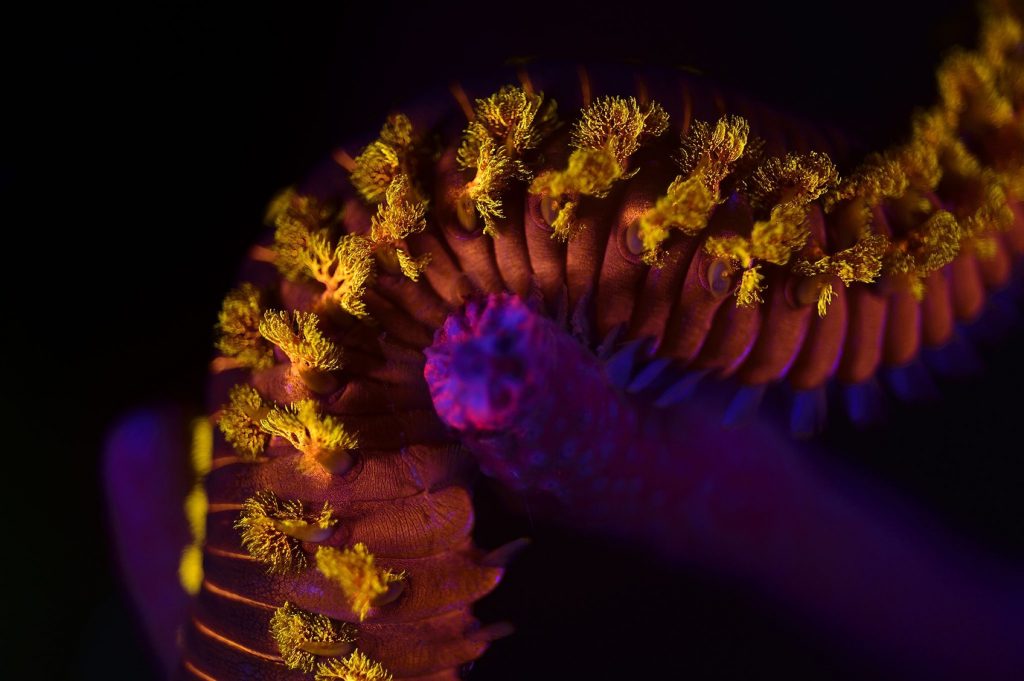