Plants absorb sunlight; herbivores consume plants; carnivores eat herbivores. The food chain concept most of us grew up learning is a useful tool that defines the typical relationships between predators and prey. But, as evidenced by this photo of two juvenile yellow-spotted salamanders (Ambystoma maculatum) being slowly digested in the bell of a pitcher plant (Sarracenia sp.), that concept is woefully simplistic in comparison to the complexity of the natural world.

With their otherworldly appearance and unique diet, pitcher plants—dubbed by Charles Darwin as some of “the most wonderful plants in the world”—have long captured the imagination of scientists. Like most plants, they secrete an irresistibly sweet nectar to attract animals, particularly insects and other invertebrates. But instead of enticing pollinators to a flower for reproduction, pitcher plant adaptations help the organisms lure unsuspecting prey to the rim of their infamous upturned bells, where a small misstep can have dire consequences.

In recent years, researchers have learned that pitcher plants—which often grow in nutrient-poor environments and thus depend on their bell-trapped bounty for essential elements such as nitrogen and phosphorous—have a more varied, vertebrate-laden diet than previously thought. Indeed, research conducted in the bogs of Algonquin Provincial Park in Ontario, Canada where this photo was taken found salamander prey inside one in five pitcher plants.

Of course, not all who venture close to the bell’s mouth are lost. A variety of organisms have evolved dramatic relationships with the predatory plants. In some cases this relationship is mutually beneficial, such as the menagerie of microbes that live inside the pitcher plant’s bell, helping to breakdown organic matter and allowing the plant to more easily absorb vital nutrients. But other species—such as certain spiders—take advantage of insects’ thirst for pitcher plant nectar by hiding just inside the lip of the bell and thieving prey before it can plummet into the bowels of the plant.

Based on these observations, researchers have recently begun to use these inquilines—exploitative species that have evolved to live on, with, or even in another species—as a novel way of measuring the biodiversity of environments where pitcher plants are found. Each individual plant can house a variety of organisms that are too small or elusive to be tallied with traditional surveying methods. So, by extracting and sequencing all of the genetic material found in a single pitcher plant’s microbiome, and then using databases to match up stretches of DNA with those from known organisms, researchers hope to gain new insights into the diversity and abundance of microbes and other hard-to-find species in these nutrient-starved environments.

When Darwin first encountered carnivorous plants, he was captivated by how the voracious flora blurred the lines of what we consider predator and prey. Today, over a hundred years later, the plants continue to inspire scientists, from their higher-than-expected consumption of vertebrates to their promise as a natural laboratory for studying a multitude of oft-missed species. Darwin may have considered them among “the most wonderful plants in the world”, but when it comes to pitcher plants he didn’t know the half of it.

Samantha Stephens a biologist turned photojournalist for science and conservation. She hopes her visual stories can foster an appreciation for the natural world and the people who work to understand and protect it. Samantha is a National Geographic explorer and photojournalist-in-residence at the Algonquin Wildlife Research Station. You can see more of her work on Instagram @samanthastephens.

Invisible Nature: Invasion of the Caterpillars 12.27.2016 Video - Gypsy moths have been gaining ground in North American forests for 150 years. Can a caterpillar-melting virus keep them in check? 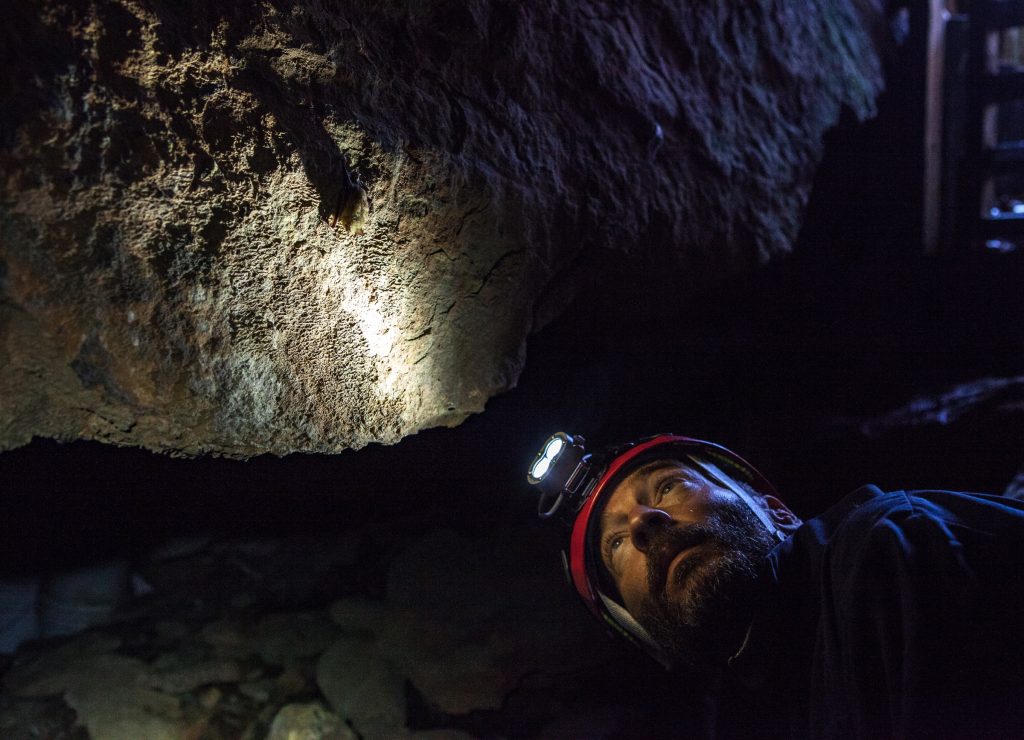